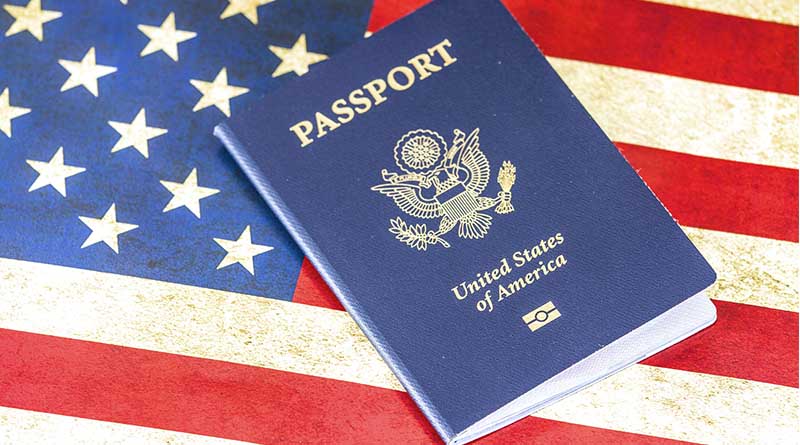 An airline gate agent made a mistake about Anita Tolani’s daughter’s passport, resulting in her losing her hard-earned vacation to the Bahamas. At least, that’s what she claims.

But did the airline employee screw this up, or is Tolani to blame for the passport snafu? The answer is a teachable moment for anyone flying internationally, as well as a reminder that no one — even airline employees who are trained to know paperwork requirements — is perfect.

A vacation to Nassau that wasn’t because of a gate agent’s mistake?

Tolani and her family had tickets from Washington, D.C., to Nassau, in December 2017.

“When we arrived at the airport, the gate agent would not allow my daughter to travel because her passport expired in February,” she says. “The agent insisted that the passport had to be valid for six months after the Dec. 20 date of return.”

No amount of arguing would persuade the agent to allow her daughter to board the flight.

“My daughter and I were not allowed to travel,” says Tolani. “She missed a vacation with her father, brothers and other friends of ours that also went down.”

American Airlines offered her and her daughter a ticket credit, but by the time we learned about their case, the one-year credit was about to expire. A hotel credit at the Atlantis in the Bahamas for $1,227 was also about to expire.

Did this American Airlines gate agent make a mistake?

So who was right?

The State Department Bahama information page is clear: U.S. passports, it says, “must be valid at time of entry.”

But when Tolani contacted American, it didn’t see it that way. It noted:

We do provide pertinent information as an accommodation; for the convenience of our customers, we subscribe to a sophisticated data base which provides up-to-date information on the entry requirements and regulations for nearly 200 countries.

Since we are subject to government fines for carrying customers without proper documentation, we also use this data base to make decisions about whether or not to accept passengers for travel based on the documentation in their possession at the time of departure.

Nonetheless, since there are many changes and a limitless number of variables, we do not accept the responsibility for expenses, delays, reroutings or other losses associated to inadequate documentation.

Did American Airlines read that complaint?

To her — and to us — it appeared American Airlines didn’t even bother to read Tolani’s complaint. It looked like a gate agent’s mistake.

But there may be something else going on. American appears to have a separate policy requiring all passports to be valid for at least six months:

Passport
A passport is required for all international travel. If you’re traveling anywhere overseas, you need a passport to board an international flight and to enter the country. Passport cards will not be accepted as form of I.D. for international air travel.

Valid for at least 6 months after the date you enter a foreign country.
Kept in good condition, free of any damage beyond normal wear and tear, and material alterations. You may be denied boarding if you travel with a passport that appears damaged or altered.
U.S. citizens can use any government-issued form of identification to travel between the U.S., Puerto Rico and the U.S. Virgin Islands.

Translation: Who cares about the State Department? We make our own rules.

What to do when American Airlines won’t listen

Tolani could have pulled up the State Department travel information at the airport and, if that didn’t work, asked for a supervisor. (Note that it’s always a good idea to have at least six months validity on your passport, even if you don’t plan to visit a country that has a six-month requirement.)

After abandoning her vacation — and receiving American’s tone-deaf response — she might have appealed in writing to one of the American Airlines executive contacts we list on this site.

Still, we thought Tolani was the victim of a gate agent’s mistake. Her daughter’s passport was perfectly valid and requiring that she know American’s passport policy, when American is not a sovereign country, is a bridge too far.

When Tolani found out about American’s rule, she was incredulous.

“I just wonder how legal it is for American Airlines to have a policy that forbids me from entering a country that legally I can with the passport that I am holding,” she told our advocate, Dwayne Coward. “The statements on the website for American Airlines contradict each other. It says that I, as the traveler, am responsible for knowing whether I can enter a county and that my passport needs to be valid for 6 months.”

Tolani, who also happens to be an attorney, says this would be a “fairly easy lawsuit” that she could win.

“American Airlines should only have the policy to restrict travel as it pertains to the county’s requirement,” she says. “Most countries have the six-month passport rule requirement. The exception is The Bahamas for United States citizens. If the airline is not going to allow passengers to travel based upon documents not being valid to enter the county, they need to do so accurately.”

Saving this vacation from a gate agent’s mistake

This is not a slam-dunk case. Normally, our advocacy team likes to see our readers adhere to an airline’s rules. When they don’t, we often can’t help. But in this particular case, American’s policy conflicted with a nation’s regulations, which made it difficult to defend.

There’s no telling how much longer American will continue this six-month policy, but until it drops this requirement, you should ensure that you have ample time on your passport. Technically, the gate agent dealing with Tolani’s family made a mistake and, at the same time, followed her airline’s own rules. Go figure.