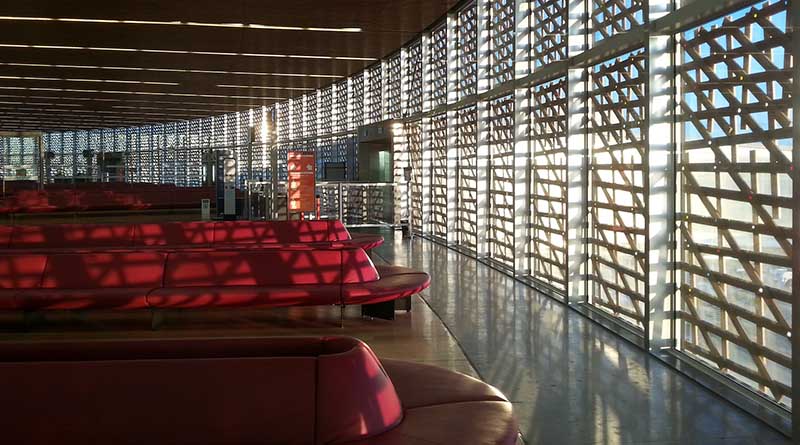 Flying home from her tropical vacation in Mexico, Alla Machavariane mysteriously missed a Spirit connection in Chicago. She has no explanation for it.

Machavariane says that she and her husband were sitting patiently at the gate for five hours before the missed flight. But somehow they never saw all the other passengers board and take off without them. And now she wants Spirit Airlines to pay $2,000 for the new flights they purchased to get home.

Machavariane’s case highlights a fine line that our advocacy team walks every day. Sometimes the stories we hear just don’t add up. So how do we help these consumers?

“We missed a Spirit connection”

Machavariane contacted our advocacy team looking for help after her baffling experience.

After describing what sounded like a lovely getaway to Mexico, she explained the mysterious turn of events.

The couple flew from Cancún to Chicago without incident on Spirit Airlines. From there, they had a connecting flight to their home in Portland, Ore. They had plenty of time between the two flights — five hours. All was going smoothly.

But from there, things veered toward the twilight zone.

“In Chicago, we found our gate,” she recalled. “We showed our tickets to the agent at that gate and asked him if it was the right gate. He said yes, and we sat at this gate for about five hours!”

Machavariane said that at some point they noticed that the departure time had come and gone with no boarding announcement.

“We waited for an announcement about our boarding to Portland, but there wasn’t one,” She remembered. “Nobody made an announcement or verified that all passengers were on board.”

The couple asked a Spirit Airlines employee for help. And that’s when they learned they had missed their Spirit connection home. Spirit Airlines offered the bewildered duo a replacement flight two days later.

“My husband had to be at his work on time. I also needed to be at my job on time,” Machavariane reported. “We stayed at the airport that night, and I rebooked us on Alaska Airlines the next day.”

That flight cost the couple an additional $1,100 per person. And Machavariane wanted our advocacy team to ask Spirit Airlines to cover those costs.

How did they miss their connecting flight?

When I read through Machavariane’s request for help, I struggled to think of some way that the events could have unraveled in the way she reported.

We’ve all waited at an airport gate. Once boarding begins, it certainly isn’t done silently or covertly. Passengers crowd the boarding door, announcements are made.

I tried to imagine a scenario that explained Machavariane’s missed flight.

I assumed that the couple had been at the wrong gate for those five hours.

No, Machavariane assured me that they were at the correct gate for their Spirit connection home. They double-checked.

I asked if the couple had walked away or been distracted. Machavariane assured me they hadn’t, but….

Did daydreaming at the gate cause this missed flight?

“We were very tired, and we dreamed of being home very soon,” she offered. “But why didn’t the agent at the gate ask for missing passengers?”

I pointed out that it’s hard to miss an entire plane of passengers boarding. I asked if there was any possibility that the couple fell asleep as they were “dreaming” of being home. She assured me that they were just daydreaming at the gate and talking on the phone to their children. They never fell asleep according to Machavariane.

And so I could find no plausible way that this couple missed that Spirit flight. Machavariane offered no further explanation, and I could concoct no other reasonable possibilities.

But since Machavariane seemed genuinely bewildered, I reached out to our executive contact at Spirit Airlines. I hoped his team could fill in some of the blanks in this case.

Our Spirit Airlines contact is always helpful in our mediation attempts. In this situation, I was on a fact-finding mission: How did this missed flight happen?

The Spirit Airlines resolution team investigated Machavariane’s experience, and they were puzzled too.

Machavariane and her husband arrived five hours before their connecting flight in Chicago, and the gate never changed. But they were no-shows for their Spirit connection to Portland. Spirit also could suggest no explanation as to why this couple missed the flight while sitting at the gate.

Unfortunately, all signs pointed to passenger error. The Machavarianes were at the wrong gate, sleeping or they were somewhere else in the airport. But an unavoidable fact became clear: There was no way that this couple was alert and awake at the correct gate during boarding.

What can you do if you miss your Spirit connection?

If you’re at the airport and you find that you have missed your Spirit Airlines connection, it’s essential to let Spirit Airlines know immediately. You don’t want to be marked as a no-show. If you are, as per Spirit Airlines policy, you can lose the entire value of your ticket.

This no-show policy is across the board in the airline industry. Last year, Lara Wallace learned this unfortunate lesson when she walked away from her gate during a Frontier delay. She missed the flight. The airline was willing to let her take the next available flight — in two days. She unsuccessfully lobbied the airline to pay for her new, more convenient replacement flight on another airline. And Nathan Brewer recently lost the entire value of his American Airlines ticket when he failed to show up for his flight or cancel beforehand. Although his mom tried to negotiate a refund for him, her efforts failed.

The message from the airlines is clear: The responsibility is on the passenger to be available at the gate well ahead of the departure time. If you aren’t, your ticket will be canceled. And you may be in for a costly fare increase or a lengthy stay at your location waiting for the next available flight.

So travelers beware! If you find that you are about to miss your flight, call your airline immediately.

Of course, if you are waiting at your gate, make sure to keep alert for flight announcements. The airlines will not reimburse passengers for a missed flight that’s the result of inattention or distraction.

And the Department of Transportation does not require that an airline honor your ticket for a future flight, standby or otherwise if you miss your flight under these circumstances.

It is unclear what happened that caused this couple to miss their flight while sitting at the gate. But in the end, Spirit Airlines decided to offer a goodwill gesture to the Machavarianes. It refunded the missed flight segment. But the airline rejected the request for reimbursement for the new flights on Alaska Airlines.

And, unfortunately, the answer to this missed flight mystery will likely never be known.

What do you think happened?