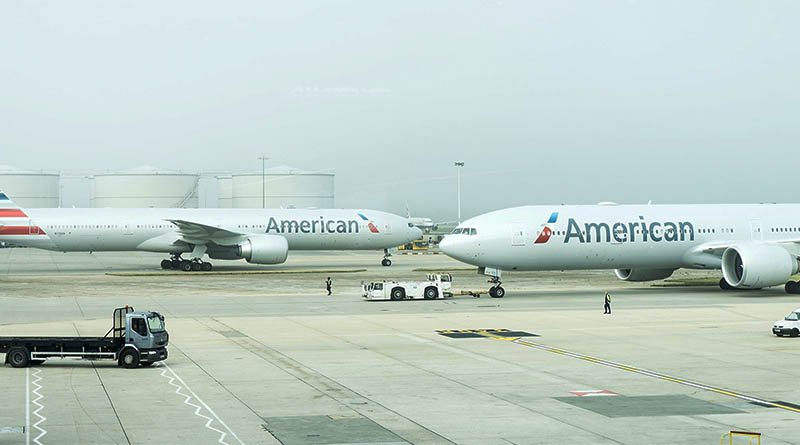 Frank Toto and his wife have waited patiently for an American Airlines error to be fixed. They’ve politely approached the airline for help, they’ve appealed to their credit card, they’ve tried to let the system work.

Now they’re coming to us. Can my advocates do any better?

Toto’s story is a doozy. It involves tickets booked using frequent flier miles and cash. The problem quickly escalated to involve American Airlines’ refunds department, Toto’s credit card, and finally, us. It is a reminder that air travel is basic transportation, not an experience meant to be enjoyed together, and that you absolutely, positively have to get everything in writing — especially your mea culpas.

How the American Airlines error happened

Toto and his wife booked flights from Philadelphia to Orlando using his frequent flyer miles. He paid for his ticket with miles but hers with $294 in cold, hard cash. At the gate, his ticket worked; hers didn’t.

“When we arrived at the terminal for our departure, we were informed that because of a system error my wife was bumped off of the same flight we were supposed to be on and booked on another later flight,” he recalls. The issue was a simple system error that, the representative admitted, “happens from time to time.”

The couple wanted to fly to Orlando together.

“Obviously, we had no option other than to be forced to pay for a transfer fee and a brand new ticket fare of $592 for her to get on the same flight as me,” he says. “The customer service supervisor on duty said that we had a legitimate grievance to file a complaint with American seeking a refund.”

Hold on. It’s a two-hour flight from Philadelphia to Orlando. They couldn’t be apart for two hours? I’m not sure why it was so important that the couple was on the same flight, but if they’d agreed to fly on separate flights, they might have been able to negotiate a flight voucher for being inconvenienced.

Still, American admitted to a “system error,” and a supervisor told them they had a legitimate grievance. Let’s find out what that means.

How to get this American Airlines error fixed

“They basically said, too bad, we were right and you were wrong — tough luck. No refund for you,” says Toto.

His wife refused to pay her Visa bill and filed a formal “dispute resolution” complaint with American Airlines.

“American has stonewalled us completely,” he says.

The couple fought for months with its credit card issuer and American Airlines, submitting documents and receipts to back its claim. Part of the problem is that the American employee who admitted to the system error did so verbally, but not in writing. So, of course, American’s records didn’t reflect this mea culpa.

Finally, the credit card company appeared to side with Toto. Problem solved? No.

American Airlines doesn’t like to lose money, especially when it believes it wasn’t at fault. So it probably won’t surprise you that it didn’t accept defeat, at least in his view.

You won’t believe it, but after successfully battling American Airlines all summer long regarding this double-billing complaint, American sneakily and underhandedly submitted another charge of $570 on her Visa charge card.

So after freely admitting that they were wrong and crediting out this amount a few months ago, they reapplied it on her most recent statement. We contacted Visa to start another dispute claim and she did not pay this charge when she paid the bill in addition to sending another letter that was e-mailed to the American Airlines Customer Relations Department.

How can they do this? They previously admitted fault and credited the amount and then tried to sneak it back in on her charge card once again.

He vowed to “never pay this bill.”

As a matter of fact, American didn’t recharge Toto. Instead, the credit card company sided with American in its dispute and reinstated the charge.

What’s the airline’s responsibility when it makes an error?

If Toto and his wife had accepted an alternate flight, the best case scenario is that they would have received a generous voucher. But if they’d refused, this would have clearly been an involuntary denied boarding issue. The rules are spelled out in American’s contract of carriage.

Compensation for involuntary denied boarding
DOT rules determine how much you’re compensated based on how late you’ll be to your stopover or destination. Our goal is to get you to your next scheduled stopover or final destination as soon as possible, so we may offer flights on other airlines and non-air travel such as by train. If your flight is oversold and you’re not allowed to board, we’ll give you a check or travel credit the same day at the airport or mail it within 24 hours.

The Department of Transportation sets these rules, so if American had failed to pay Toto’s wife, he could have called the feds.

My advocacy team followed this case for months. We couldn’t believe that even after the dust settled, American came back in and helped itself to Toto’s money. And with good reason. As I already mentioned, a closer look at the documentation showed Toto simply lost his credit card dispute.

Our advocate Dwayne Coward reached out to American and shared the lengthy correspondence with our contact. American agreed to review its records. Finally, it phoned Toto and agreed to credit his wife with $570. It took six months, but the couple finally got their money back.

Lesson learned? Being apart from your spouse for two hours is not the end of the world. I have a lot of sympathy for nervous passengers who need a companion or for someone with special needs. But if you’re a healthy and responsible adult, you don’t have to sit next to your spouse on the plane. You don’t even have to be on the same plane. Air travel is basic transportation. So, I would disagree that Toto had no choice.

Also, if someone from an airline, hotel, car rental company, tour operator or cruise line says, “It’s our fault” — get it in writing.