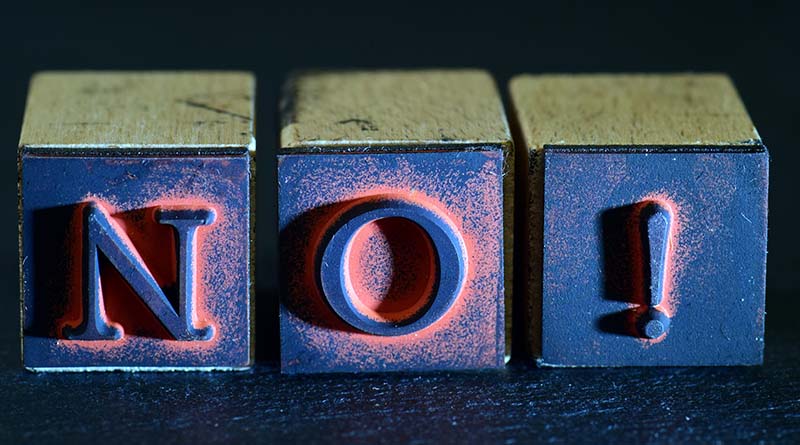 Here’s a little mystery: Why was Scott Cady’s American Airlines refund request rejected? He booked a flight, changed his mind about the trip, and asked for his money back — all within two hours.

Isn’t there a 24-hour rule that requires an airline to refund his ticket?

Yes, there is. But getting a straight answer on this case may be more complicated than securing a refund. It also offers a valuable lesson about refunds and the airline industry’s sometimes inconsistent adherence to the 24-hour rule.

Stories like Cady’s are a necessary reminder of this site’s purpose: to empower people to solve their problems and help those who can’t. As long as people are running businesses, we’ll be in business. (And when the machines start calling the shots — well, we’ll really be busy!)

Cady booked a flight on the American Airlines website to fly from Minneapolis to Miami on April 27. The timestamp on his reservation: April 9 at 12:21 p.m.

Cady has emails that show the timestamps for all the transactions.

Then he received an email from the airline saying that his flight didn’t qualify for a refund.

What is the 24-hour rule for airline ticket refunds?

The 24-hour rule, a regulation contained in a 2011 Department of Transportation regulation on enhancing airline passenger protections modifies (14 CFR 259.5(b)(4), 76 Fed. Reg. 23110, 23166 to stipulate that if you buy an airline ticket at least seven days before a flight’s scheduled departure date and time, airlines are required by the DOT to do one of two things:

To comply with the regulation, the airline may not deceive consumers about the 24-hour reservation requirement when consumers inquire about canceling or changing a reservation within 24 hours of making or paying for that reservation. In addition, airlines must offer a full refund in the original form of payment in the event of a cancellation request that is within the 24 hour grace period. In other words, it can’t offer you an expiring voucher.

There’s a catch: If you booked through an online travel agency, the 24-hour rule does not apply. However, these agents are free to apply the same or similar procedures to provide equivalent or similar customer service, says the DOT. As a matter of practice, virtually all of them do. (If they didn’t, it would push even more consumers to book directly with an airline — something online agencies are desperate to avoid.)

Remember what it was like before the rule? Once you pushed the “book” button, you were stuck.

The DOT has issued several guidance documents on the 24-hour rule including this one that deals with borderline cases where airlines might otherwise decline a customer request, to the airline industry since instituting the rule in 2012.

But airlines hate the 24-hour rule because it means they can’t keep a customer’s money the way they used to. Even though the rule makes lots of sense for their customers, they’ve fought it publicly and privately for years.

Airlines challenged the 24-hour rule in the courts, claiming it exceeded DOT’s authority. They even appealed their complaint to the U.S. Supreme Court, hoping they could reverse the 24-hour rule. The court declined to hear the case.

Most recently, the airlines asked the Trump administration to rescind the rule and let the free market do its thing.

American Airlines singled out the 24-hour rule for criticism in its public comments to the government:

Because airlines both (a) make clear to customers during the booking process that certain fares are nonrefundable, and (b) offer customers the option to purchase fully refundable fares, any injury that occurs to consumers who purchase nonrefundable tickets is precisely the type of harm that can “be reasonably avoided.“

Something tells me that airlines — and I’m not necessarily singling out American here — are also quietly telling their refund department employees to either stall or turn down as many of the 24-hour refund requests as possible. It makes perfect sense. The Department of Transportation’s Aviation Consumer Protection seems to be on indefinite leave, sitting on its hands during the last year or so of our current administration.

My point is, they can get away with this kind of behavior. So they do.

Why consumer advocacy sites like this are more important than ever

Is that what American Airlines is doing in this case? I don’t know. But I can tell you that we receive a regular supply of 24-hour-rule questions from readers. And given the fact that airlines have already openly disclosed their disdain of the 24-hour rule, isn’t it nice to know there’s someone else you can go to for help?

I’m not talking about the courts or your credit card, either. Sure, those are options, but they’re complicated and doesn’t always work. I mean this site. I mean us.

And this may be why we’re now dealing with 1,000+ cases a month. The regulators have been leashed and restrained. Maybe this site is the only thing standing between you and a just resolution.

How we fixed this rejected American Airlines refund request

My advocacy team contacted American Airlines on Cady’s behalf. We felt that something here might have gotten overlooked. Maybe his airline ticket didn’t qualify for a refund after all?

“I don’t see any notes in here on why it wasn’t refunded,” our contact at American noted. “But it is refunded now.”

A happy ending for Cady, but it leaves our team — Michelle, Dwayne and me — wondering what happened. Was American’s message that his flight didn’t qualify for a refund a mistake?

I would like to think the answer is yes.

But given how hard American has fought the 24-hour refund rule, and given the DOT’s current approach to enforcing its own regulations, I think it’s possible that someone at American figured they could get away with denying Cady’s refund. I hope that isn’t what happened.

But you never know.