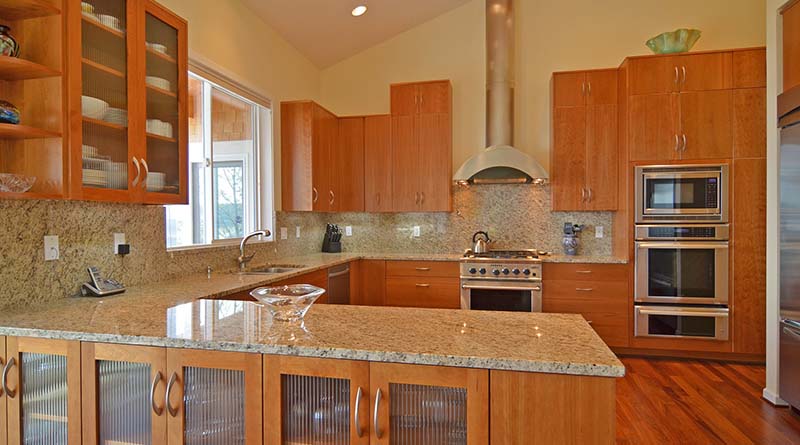 If the fans on your Electrolux oven are noisy, can you ask for a refund? And does the company have to give you one? That’s what Anne Chiapetta wants to know.

Chiapetta experienced what many appliance owners do: that unsettling feeling that their new oven, dishwasher or oven doesn’t work exactly as they hoped. In her case, the problem was a noisy fan.

Chiapetta’s experience underscores the importance of thoroughly researching before you buy a product, and maintaining reasonable expectations. Otherwise, you could have years of frustration ahead — not to mention the kind of resolution our team negotiated on her behalf.

How noisy are the Electrolux oven fans?

“From the time of installation, the fans were very noisy,” she says.

“The fans have been replaced three times,” she adds. “The problem isn’t fixed.”

She says Electrolux has offered her a 40 percent discount on a new wall oven.

“This is unacceptable,” she says.

Chiapetta wants a full refund for the three-year-old appliance.

A closer look at that noisy Electrolux oven fan

The model features patented “Luxury-Glide” oven racks, lighting, and “PerfectConvect³” convection technology with convection conversion with a — I’m not making this up, folks — a “Perfect Turkey” button.

The large print only mentions the fans once. “Uses two fans to evenly circulate heat for savory meats and tender vegetables,” says Electrolux.

You have to dig deep into the Electrolux owner’s manual to get details on the fans. Here’s a good overview:

Convection functions use a fan to circulate the oven’s heat uniformly and continuously around the oven. This improved heat distribution allows for fast, even baking and browning results. It also gives better baking results when using two oven racks at the same time.

Heated air flows around the food from all sides, sealing in juices and flavors. Breads and pastry brown more evenly. Most foods baked in a standard pan will bake faster and more evenly with the convection feature. Multiple rack baking may slightly increase bake time for some
foods, but the overall result is time saved.

All told, Electrolux mentions the fan 25 times in the manual, but only once regarding a problem. It is for the issue of “fan noise” after the oven is turned off.

Here’s what it has to say about that:

Some models are equipped with a cooling fan that runs during the cooking process to cool internal electronic components. It is normal for this fan to continue to run for an extended period of time, even when the oven is off.

In other words, Electrolux makes no warranties whatsoever about the noise level of its fans. They could have put a jet engine in that oven and it would have been fine, at least according to its owner’s manual.

How noisy should an oven fan be?

All of this raises an interesting question: How noisy should an oven fan be?

There’s almost no useful information about oven fans out there. I noted a fascinating discussion on Chowhound about noisy ovens from 2007. One of the commenters noted that manufacturers tend to use the cheapest, loudest fan.

“They do not care about the noise,” the commenter added.

In unverified tests, KitchenAid ovens had a noise level of 55-60 decibels. AGA’s clocked 60 to 65 decibels; Wolf ovens had 50 to 55 decibels.

That’s the sound of normal conversation in the kitchen.

We have an LG convection oven in our kitchen that operates similarly. It can sometimes be quite loud — and annoying. When we’re done cooking, the fan stays on, too. I always wondered about that, and while I researched this story, I discovered the answer. There’s also an oven cooling fan that kicks in on some models.

The oven-cooling fan for the electronic controls is controlled by a thermostat. The cooling fan may run throughout the entire bake cycle and continue even when the oven is off. This is considered normal operation.

Maybe Chiapetta was just overwhelmed by all these fans and wanted a little peace and quiet. That seems like a reasonable expectation.

How to fix this noisy Electrolux oven

Chiapetta tried to fix this herself, according to her brief paper trail. It appears she spent most of her time on the phone with the company, which is something we don’t recommend. There’s no permanent record of a phone call unless you record it, which may not be legal.

We also list the names, numbers and email address of the Electrolux executives on this site. She could have filed an appeal to one of them.

Chiapetta lives in Connecticut, which has implied warranty of merchantability laws that cover the purchase. The laws assume that goods sold are fit for their ordinary purposes. But since the oven itself works despite the noise, Chiapetta may not be able to claim that the oven is not fit for its ordinary purpose.

Our advocate, Dwayne Coward, reached out to Electrolux on her behalf, passing along her request for a refund. In response, the company issued the following statement:

We have worked diligently with Ms. Chiapetta to try to resolve her concerns.

The appliance is operating as designed and intended. However, we wanted to help support her as best as possible, so we replaced the fan three times.

In an additional effort, we offered her a 50 percent rebate if she would like to purchase a different oven. Unfortunately, she has declined this offer. We would like to resolve her concern, so if she changes her mind, the offer is available to her for the next 30 days.

OK, so Electrolux upped its offer on the noisy oven from 40 to 50 percent and gave her a month to think about it. That’s a little better.

So what to make of this case? Did Electrolux deliver an oven with a substandard fan and then replace it with more shoddy parts three times? Or were Chiapetta’s expectations for a refund unreasonable?

I’m not sure. As someone who works with one of these ovens almost every day, I can tell you that these fans are loud. Now, if Electrolux had promised a quiet oven, we might have more of a case. But the manufacturer never claims that its fans are quiet or even quieter. And yet, it is reasonable to assume that an oven will operate quietly — even one with several fans.