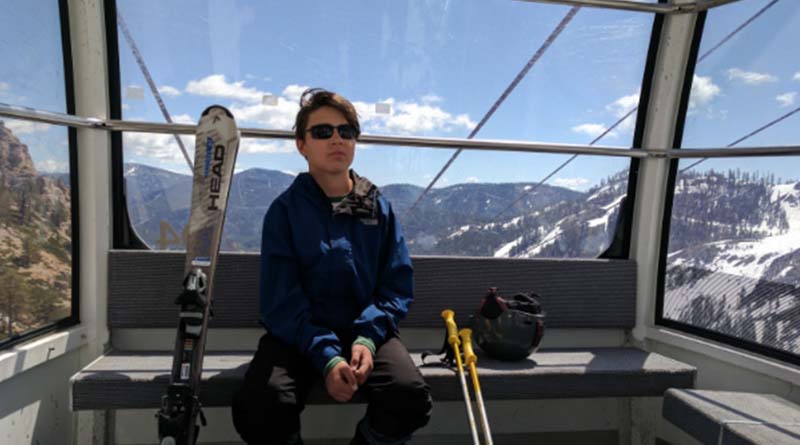 If you’ve ever lost someone on vacation, you probably know it’s disruptive, if not disappointing. And by “lost” I don’t mean you can’t find junior at the beach. I’m talking about losing a member of your party for days — or longer — to sickness or injury.

I’ll never forget the winter we tried skiing at Kirkwood Ski Resort in Northern California, one of the most challenging mountains in America. My son Aren exited on a stretcher on the first day after a bad landing on an almost-vertical slope. He was out for the rest of the season.

It’s especially problematic when that person is the parent, the vacation planner and the driver. Instead of taking care of the kids, he’s flat on his back, down for the count. I know exactly what that’s like because it just happened to me. I spent the better part of two weeks recovering from eye surgery in a Los Angeles suburb while life for my family went on.

I’m in good company. A national survey commissioned by Teladoc estimates that 132 million Americans have fallen ill while on vacation. Nearly one in two Americans report that they or someone they were traveling with has needed to see a medical professional on the road.

Fortunately, there’s a fix. Solutions include an online shopping service, ridesharing, and a lot of creativity. So when it happens to you, you’ll be prepared to lose someone on vacation. I hope you never need my advice, by the way.

Lost on vacation? Fall in love with Instacart

Since my surgery was planned, I had a few weeks to prepare for a “man down” problem. And I did. I have three teenagers, so our first concern was food. The answer: Instacart, a same-day grocery delivery service. If you can’t drive a car or walk to the store, Instacart is the perfect solution.

I think I love Instacart. That’s because it forced our family to think about what we wanted to eat before we went shopping. While you can add items to the list later, it’s not quite the same thing as browsing the aisles and making an impulse buy. Teenagers do that. Heck, adults do it too.

If you’ve ever tried to talk one of your kids into being “in charge” of a meal, Instacart is your friend. They’ll add all the ingredients, you can review them online, and then it just shows up on your doorstep. Did I mention that I love Instacart?

The other natural ally here is Uber Eats, the food delivery service. We looked into that but decided that cooking at home for a few days was a better and more cost-effective solution. If I’d been healthy, I would have gone shopping and taken the kids out for lunch a time or two. I think losing me was good for the food budget.

And speaking of Uber …

When you can’t drive, and you’re in Los Angeles, everything changes. That’s a real problem. I had only used Uber once or twice until I ended up in bed with 20/100 vision. Getting behind the wheel of our Honda was clearly ill-advised.

Uber saved us when I was lost on vacation. When I needed to get to my doctor’s office for a follow-up appointment or when the kids started going a little stir-crazy, we called Uber. It wasn’t always perfect. Several drivers were a little odd, either playing loud music or taking strange routes in order to get to our destination. But we arrived safely and the price was right.

Instacart and Uber made our “man down” situation completely manageable. Of course, I couldn’t see a thing for the first two days after surgery and everyone was ribbing me about being Mr. Magoo. But these apps helped.

Getting acquainted with the apps also made me wonder if I could use them when I’d recovered. Could I use them to save time or money? I’ll do a little research and get back to you on that question.

Get creative when you’re lost on vacation

My final piece of advice for if you lose someone on vacation: Get creative. Maybe I couldn’t see, but I could walk, and getting from our apartment in Studio City, Calif., to Universal Studios was easy. Once you drop the kids off, they are good to go. The two youngest explored the Harry Potter attractions while my 16-year-old son, Aren, and I took the studio tour.

That way, when I ask my daughter how she liked Los Angeles, she can’t say, “You ruined everything because you were sleeping the entire time.”

“I was not sleeping the entire time,” I’ll tell her. “I took you to Universal Studios.”

And by the way, Universal Studios has really changed from when I lived in California in the 80s. That tour is quite the experience. More than just a mechanical shark lunging at guests. Much, much more.

Point is, you have to get creative when life throws you a curve. I never wanted to be out of commission, but my family and I made the best of it. Being creative means finding something you can do even when you’re down. Museums, malls, and hikes can make up for a temporary medical disability.

And who knows, they may even make the trip more interesting? I think if I’d been well, we might have driven to more places in Southern California. And I don’t know about you, but I’d rather have surgery than spend time in L.A. traffic.