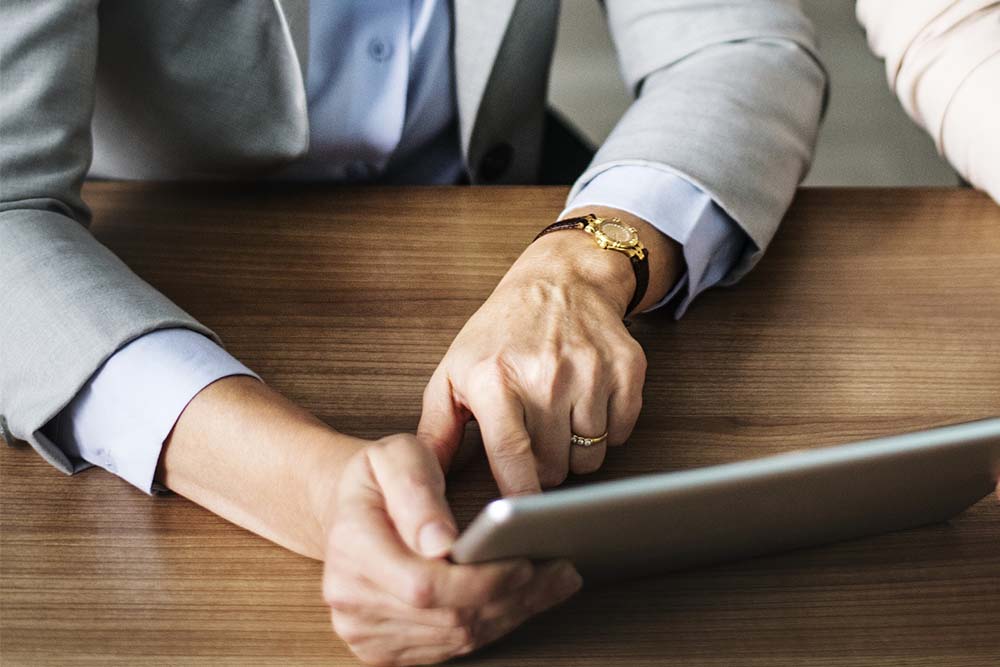 If you’re buying something online during the holidays, chances are you’ll get to a point where you’ll wonder if there’s a way to easily spot fake online reviews.

You know what I mean by “point,” don’t you? It’s the moment before you buy, and you see those over-the-top, five-star ratings that declare an earbud headset is God’s gift to electronics. Or that anonymous reviewer who swears the skin cream she bought online had age-regressed her to her teen years.

They can’t be that good, you say.

And you’d be correct.

“Companies constantly plant positive reviews of their own products and sully competitors’ products with negative reviews,” he says. As a result, many of the ratings you read online aren’t credible. For example, up to 70 percent of the reviews on Amazon are not real, he says.

So how do you easily spot fake online reviews? It’s not that simple. Fakespot compiled an exclusive list of products with the most bogus ratings and shared it with me before Black Friday, the busiest shopping day of the year in the United States. It’s a lineup of popular consumer products that will both surprise you and inform your next purchase. Bottom line: If something looks wrong, it probably is. And if you buy it, you’ll get what you pay for.

So how to easily spot fake online reviews? Well, you have to start by understanding it’s not so easy.

Fakespot analyzed hundreds of thousands of product reviews, hunting for the telltale signs of a rating generated by someone who isn’t a customer. It examined purchasing patterns, grammar, and dates to assign each review a grade from A to F. You can read a full list of winners on its site or install a Chrome extension that alerts you to a bogus review.

I asked Khalifah and his team to tell me which product categories generated the most fake reviews.

(A quick note about the examples. When Fakespot flags a review, Amazon sometimes quickly cracks down on the ratings and revises the page. Links in this story may — and should — eventually lead to a page with more realistic scores. In a perfect world, they’d point to a removed page.)

Product reviews that are not real are found on every kind of headset, from earbud to wireless headsets, according to Fakespot. Here’s a pair of wireless earbuds that Fakespot spotted as a fake. The five-star reviews of this pair of knockoffs are really unbelievable. “Awesome earbuds,” the top reviewer notes. “I received my earbuds about a week ago and I absolutely love them. It was so easy to pair up to my Bluetooth and the sound was crystal clear.” Fakespot’s advice? Go for the name-brand headsets but be skeptical of generic headsets with five-star ratings.

Fakespot pointed to this generic charger on Amazon. “Great product and the price is right,” crowed one reviewer. But a closer look at the reviews shows that it overheats for some users, while other product reviewers did not pay for theirs. When you buy a knockoff, you tend to get what you pay for.

This knockoff fitness tracker on Amazon caught the attention of Fakespot. With 93 percent positive reviews, Fakespot’s algorithm had a hissy fit. “I am literally in love with this fitness tracker!!” raved one reviewer. “It is very similar to a Fitbit, my hubby has one and even he was surprised by the quality of this one. In fact, he said it’s very similar to his and now he wants one.” These types of reviews are designed to deceive customers, according to Fakespot.

These Air Jordan’s on Amazon look like an unbelievable deal. They’re just $64 a pair, and they’re genuine, at least according to the reviews. “Great looking shoe and comfortable,” says one reviewer. ” “100% authentic.” Except that they’re not. Fakespot tagged them as knockoffs and dismissed the ratings as inauthentic.

This one’s a popular category for fakes (remember the Sunday Riley affair, where employees had to write bogus reviews?). For example, this anti-aging cream with an incredible 96 percent positive reviews should be a red flag even if you don’t have the Fakespot extension on your browser. “Wow!” exclaimed one reviewer. “What a great product! I have been using it for a few weeks now and have started to notice a difference in the texture of the skin under my eyes and the reduction of the dark circles/puffiness that have plagued me for the last six months. I would definitely recommend this product!” Reviews like this are probably not real, at least according to the Fakespot detection system.

Fakespot analyzes ratings from Amazon, TripAdvisor, Yelp, and Walmart to determine which product reviews are not real. And while each platform is trying its best to combat fake reviews, it’s almost impossible to manage them in real time.

“Sellers that use fake reviews to deceive consumers always seem to be one step ahead of these platforms,” explains Khalifah.

Part of the problem is that fake reviews come in different forms, from sellers creating multiple accounts to seed a lot of fake reviews on one day, to incentivized reviews that are not coming from real buyers. Catching all of these bogus testimonials is difficult. Perhaps asking yourself how to easily spot fake online reviews is an oversimplification of a much more complicated issue.

I’ve been on the travel industry’s case about its fake reviews since there have been online reviews. Here’s a story I wrote for the New York Times in 2006 about the problem. And I’ve also noticed, with some concern, that the problem is getting worse.

The problem extends far beyond travel, of course, as Fakespot’s analysis shows. But it is ultimately our problem — not theirs. That’s because review sites like TripAdvisor and Amazon don’t face any significant penalties for publishing fake reviews. Nor do the professional liars who seed these online sites with product reviews that are not real face any significant repercussions. Except for that guy in Italy. But to fix this problem, many more people would have to go to jail, and that’s unlikely to happen.

What’s frustrating to me as a consumer advocate is that companies dismiss the fake reviews or lie about them. And customers shrug them off, while at the same time being misled. That’s true no matter how often I say you should not trust online reviews.

How are many billions of dollars being spent on shoddy products, thanks to these reviews that are not real? No one knows. I suspect we’re talking about big bucks here.

How do you know if you can trust an online review?

So if you’re wondering how to easily spot fake online reviews, the answer is: research, research, research. If you don’t have the time to verify a review through a service like Fakespot, there are other ways to tell if product reviews are not real.

“If you see a product with nothing but five-star reviews it’s a major red flag that something is off,” Khalifah told me. “Because no product or shopping experience is perfect all of the time.”

Fakespot also recommends buying products from trusted brands and vendors that are known for their quality.

“Consumers should be cautious if something looks like the real thing, gets all five-star reviews, but is a fraction of the price.”

If you see something that looks too good to be true, do a little homework. But use your judgment in the process, too.

“If it looks too good to be true,” says Khalifah, “it probably is.”

How to end up with some really shocking roaming charges

Is my car dealership lying to me? Here’s how to tell

This is how to easily avoid common holiday travel mistakes

This is how to easily spot fake online reviews!