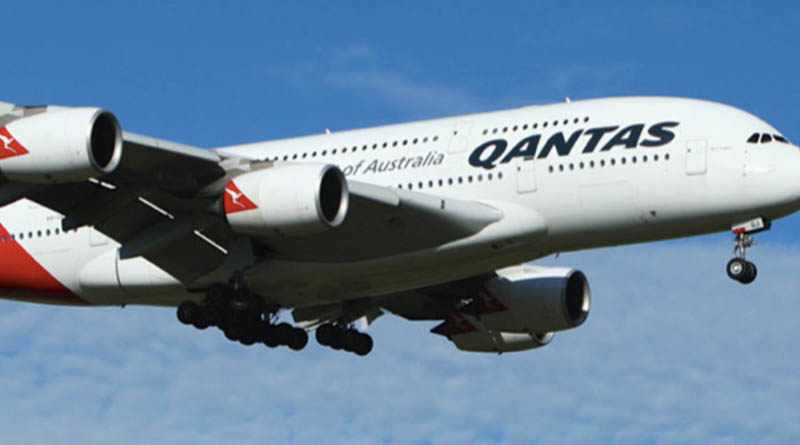 Stan Shopa is disappointed to miss his Qantas connection from Los Angeles to Melbourne. The airline rebooks him on a flight the next day. Unfortunately, he soon discovers that he and his wife will be sitting in downgraded seats for the 17-hour flight. Shouldn’t he be entitled to a price adjustment?

My wife and I were flying to Australia. We flew from Tucson to LAX to catch our connecting flight on Qantas. Because of inclement weather, our plane from Tucson was delayed. We arrived at LAX shortly after our Qantas flight had left. To make a long story short, we were booked for the same flight to Melbourne the next day. Qantas assigned us to economy seating because no seats were available in the premium economy.

I received a very nice, sympathetic response from our travel agency, Overseas Adventure Travel (OAT). The representative told me that we did not have sufficient documents to prove our downgrade. So I write to you now to determine whether you can help us to receive a refund. Is there any way to prove that we flew in downgraded seats? Stan Shopa, Wolcottville, Ind.

When you missed your flight to Australia, it was a reasonable expectation to be accommodated on the next available flight on Qantas. Unfortunately, that next available flight did not have your reserved cabin seating available. To begin your vacation as soon as possible, you accepted a voluntary downgrade from premium economy to standard economy.

It would have been prudent to straighten out the fare difference and refund eligibility before taking your flight. But since you didn’t, the next best thing would have been to have kept your boarding passes to document your downgraded seats.

You belatedly realized that you would need some documentation to prove your downgraded seats to your travel agency. But by that time, you had already lost your boarding passes.

When you contacted the Elliott Advocacy team and I reviewed your paperwork, I noted that in her response to you, your travel agent told you that the finance department of OAT required tangible proof of your change in seating assignments. There was a reason for this requirement.

“Unfortunately in the past people have claimed to have been downgraded when they have not,” she told you. “The finance department has these requirements as a result of those people’s actions.”

This situation was especially frustrating for you because OAT had already refunded your traveling companions who had also been downgraded on the same flight. Fortunately for them, they had retained their boarding passes — an action that saved them a $2,200 headache.

When I researched the refund guidance that Qantas gives on their Industry sales site for North America, it did seem that OAT was following protocol. In the section entitled “Downgrade refunds,” Qantas clarifies what is needed to qualify for a refund:

If your customer was issued with a downgrade slip for a voluntarily or involuntary downgrade, to request a refund, forward the following to Qantas Refunds: letter of explanation, copy of the ticket & original boarding pass.

Unfortunately, you didn’t have these documents and so your travel agent asked you to wait for their investigation to be complete. She told you that process could take up to six months.

This didn’t seem like the most expeditious route to take.

I thought that Qantas seemed like the most direct path to a refund. I surmised that they would have documentation of your seating assignment on your flight to Australia.

I contacted Qantas on your behalf. It did, in fact, confirm that you had flown in downgraded seats on your journey to Australia. The airline has issued a $2,200 refund for you and your wife.

You are pleased with this outcome.

When you miss a flight and are offered a seat in a lower class than you are confirmed, make sure to settle all the refund formalities before you take off. If that isn’t possible, it is imperative to safely keep all your documents until your refund is confirmed. Follow these steps and you can avoid this type of travel misadventure.