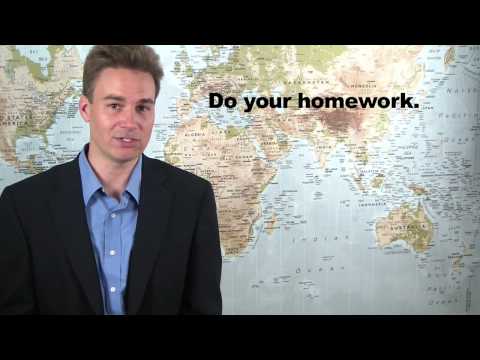 When I think of great customer service, I remember Alamo.

Alamo Rent A Car, that is.

I think about it because the company had almost no reason to be nice to me when I rented a car a few years ago. At the time, I was a relatively obscure travel writer transiting through Albuquerque, N.M., on my way to the mountains.

I had prepaid for a compact car online and declined insurance, optional waivers and the fuel purchase options. From a profit perspective, I was a deadbeat. Still, the agent was incredibly polite.

“Where are you headed today?” she asked.

“Up to Angel Fire, Red River and Taos.”

“Not in a compact, you’re not,” she laughed, handing me the keys to a four-wheel drive. No extra charge. “Enjoy your trip,” she added.

Concern for the customer instead of the bottom line is an uncommon impulse in a travel industry decimated by recession. You’re far likelier to encounter agents who either regard you as another sheep to be fleeced — as many car rental agents today do — or with extreme indifference.

We know about the exceptions. Hotel chains like Four Seasons and Ritz Carlton and airlines like Southwest Airlines and Singapore Airlines. You don’t need to read another story that tells you the obvious — that you’ll probably have to spend a lot of money to get the service you deserve when you travel.

The better question is, how do you get top-notch treatment every time — even from companies that don’t have well-known reputations for customer service? In other words, how do you get Alamo-level consideration?

Before I get to the answer, a few words about Alamo. As a consumer advocate, I’ve had a fair number of complaints about the company, so I suspect that my experience wasn’t the norm. But I note that at least one survey ranks it among the best car rental companies in America, so I won’t rule out the possibility that if you rent from the company, you’ll get a terrific car at a fair price.

1. Join a loyalty program
Even though loyalty programs tend to benefit travel companies more than they do you, and even though I’m on the record as calling them the crack cocaine of the travel industry, being an elite-level program member means something. If you want an upgrade, a favor — anything, really — flash your card. “Frequent flier numbers imply a certain level of loyalty,” says travel expert Ann Lombardi. That loyalty is a two-way street, and it could make a difference in how you’re treated.

2. Ask a friend
“I think the best source for a company that offers good customer service is always word-of-mouth,” says Paco Saldana, the director of guest services at The Ritz-Carlton, Amelia Island. (Incidentally, one of my all-time favorite hotels.) What’s so effective about word-of-mouth, as opposed to a Web site? Easy. Your friends know you and you presumably trust them. They wouldn’t recommend a place that’s not suited to you. And just in case it’s a bad tip, you know where they live.

3. Do a little networking
You probably have a lot more friends than you know, if you count the ones online. Social networking lets you exchange information about customer service with people you know and their friends. “All the social media tools, like Facebook, Twitter and Flickr, allow us to share our good and bad experiences and for people to act based on this feedback,” says Jason Sarracini, president of Target Vacations Limited. Companies pay attention to these sites, too, in an effort to improve their service.

4. Consult with a pro
Travel agents (yes, they still exist) can tell you which travel companies outside of the usual suspect will give you good service. And who knows, they might find a deal, too. “As much as possible, try to cultivate a relationship with one travel professional,” advises Catherine Banks, owner of Plano, Texas-based Legacy Travel. “The more they know you, the more they can anticipate and meet your needs. It is helpful to be understood and that will never happen if you are always a one-shot deal.”

5. Do your homework
“Research your target,” says Richard Atkins, chief executive of the customer-service training company Improving Communications. A simple online search with the keyword “review” will pull up lots of opinions about the airline, car rental company, cruise line or hotel you’re interested in patronizing. “Disregard the emotionally-charged ones — statements like ‘the place was run by a bunch of third-grade idiots who seemed to take pleasure in making us suffer’ — and pay attention only to those that are factual,” he adds.

6. Look for the good employees
They’re easy to spot. They’re usually the ones smiling. That’s the advice of Janet Hart, who encountered a rude and unhelpful ticket agent after her flight from Charlotte to Albuquerque was delayed recently. She approached another agent, who seemed to have a better disposition, and — wouldn’t you know it — her luck improved. “She said she felt bad that we were ‘dumped’ and that the other customer service agent had been so rude,” she remembers. They were upgraded to first class on the next flight.

7. Make a request
True, we expect customer service representatives to read our minds, but when you’re processing dozens of customers an hour, who has the time for that? “Ask yourself: Who will care that I receive great service?” says Kristina Hughes-Arntz, the director of sales at Aikens Group Hospitality in Virginia’s Shenandoah Valley. Find that person and ask. Anything from a room upgrade to a special favor may be granted, if you give them a reason to grant your wish. Hughes-Arntz calls this the “Aladdin Factor.”

With the travel industry enduring one of its worst years in recent memory, is customer service an order that’s too tall? Based on some of the horror stories I’ve shared with you in the last few columns, you might think so. But some travel companies beg to differ.

“It is still possible to find good customer service,” says Matthew Davis, the director of room at the Houstonian Hotel, Club & Spa in Houston. Many hotels with a reputation to uphold will only give up their high front-of-the-house staff levels if they’re on the verge of foreclosure (sadly some are, but that’s a topic for another time). Oddly, there are opportunities to experience better customer service at some properties. Says Davis, “We are serving fewer guests with nearly the same number of employees in our guest service departments.”

None of these strategies ought to be necessary. Every hotel guest and airline passenger ought to be treated with dignity and made to feel special. At some companies, that’s still true. You have to look hard to find the rest.