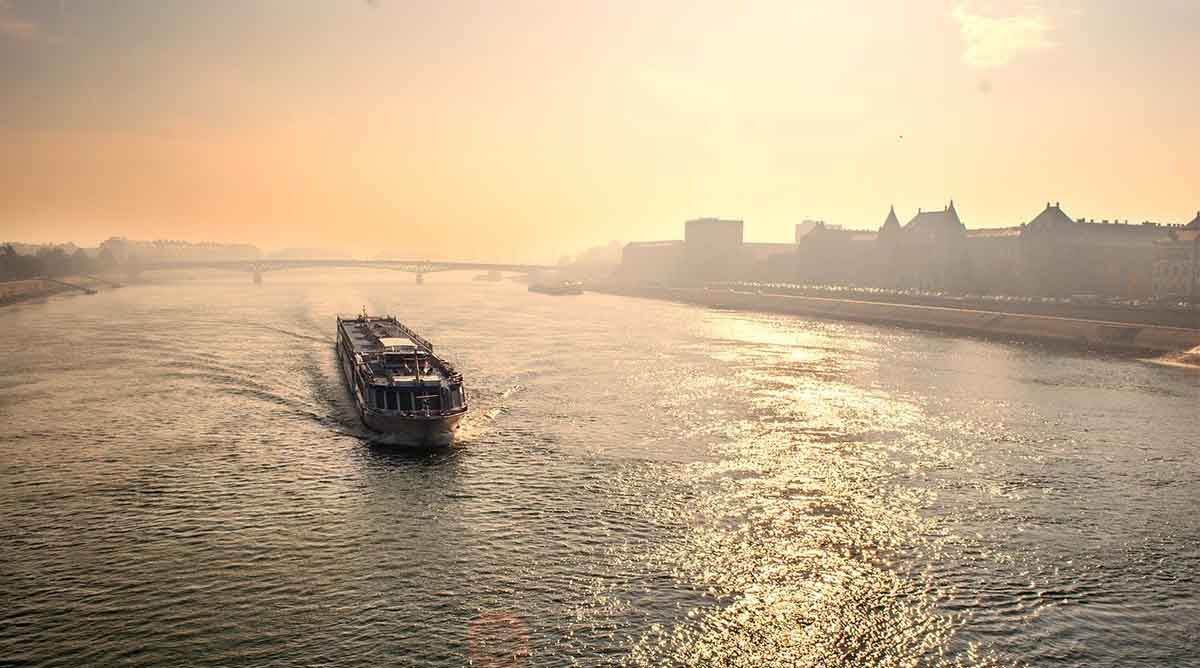 It was supposed to be the vacation of a lifetime for Pat and James Frost — a river cruise in France on the Viking Europe, from Avignon to Chalon-sur-Saône. The retired couple from Concord, Ohio, even added three days in Paris to round off their bucket-list getaway.

But when they arrived at the port, a cruise line representative informed them of a change in plans. Flooding along the Rhône and Saône rivers had made the waterways impassable, and their cruise tour had turned into a bus tour.

“I understand that an act of God causing rain and the rising river isn’t Viking’s fault,” said a disappointed Pat Frost. “But they’ve been cruising this river for years, and I expected that they would have an idea when the river would be navigable.”

All she’d expected was a call to her or her travel agent before she left for France, offering her a chance to re-book the $12,000 cruise.

That didn’t happen. Instead, the Frosts felt that they had no choice but to take the modified motorcoach tour, which wasn’t quite the same experience.

The Frosts aren’t alone. Thousands of other passengers on river cruises were also affected by the worst flooding in recent memory on Europe’s waterways, including the Rhine and the Danube. The high water levels and resulting cancellations and re-bookings reportedly cost the major river cruise companies millions of dollars, and some of the complaints resulting from those rerouted vacations are far from resolved.

Like scores of other unhappy customers, Frost turned to her travel agency and travel insurance company for help. Viking apologized for the improvised road trip and offered the couple a 50 percent discount off a future cruise. Frost says she wanted a $2,000 refund to make up for some of the amenities she didn’t receive with a bus tour.

“The flooding this spring in Central Europe was the worst seen in the region in centuries,” says Ian Jeffries, a spokesman for Viking River Cruises. “It is extremely rare that we need to modify an itinerary to the point where passengers do not experience any river cruising.”

Instead, in most of the cases where a cruise had to be rescheduled, Viking would reroute the tour, swapping passengers with a sister ship sailing in the opposite direction. By using that strategy, only “a handful” of cruisers weren’t able to experience any river tours, Jeffries said.

Viking, like other river cruise operators, doesn’t accept liability for “delay or inability to perform,” according to its terms and conditions. But passengers like the Frosts expected that the cruise they booked would actually be a cruise, not a bus trip. They also thought that the travel insurance they’d purchased would protect them.

It doesn’t, say experts. Priscilla O’Reilly, a spokeswoman for Grand Circle Travel, a tour operator that sells riverboat cruises, says she’s unaware of any travel insurance policy that would cover flooding. A “cancel for any reason” policy would cover a cruise, but only if a claim is made before the voyage begins. A Grand Circle policy would give you a voucher for a future cruise, but not a refund.

River cruise lines don’t seem to have a standard method of compensating their passengers. Several factors apparently come into play, including how much of the vacation turned into a bus trip, the amount customers paid for the tour and how much they complain after they return home.

Sometimes, the cruise line will offer nothing more than an apology. In at least one instance, however, a cruise line offered a family a do-over, covering the cost of a new sailing.

When Al Chapper’s Vantage river cruise turned into a bus cruise earlier this year, the company cut several days from his itinerary, he says. Technically, it hit most of the planned places, but as with Frost, via a decidedly less glamorous roadway.

“The company did bus us to some of the sites we were supposed to visit,” he says. “But it had to cancel some others.”

In a letter to Chapper, Vantage explained the reasons for the rescheduling. “As you know, dangerously high water levels along the Rhône and Saône prompted French authorities to close all navigation along these rivers,” it noted, offering him a $500-per-person future travel credit as compensation.

Kevin Wallace, Vantage’s chief operating officer, says that the company tries to equitably compensate passengers like Chapper whose vacations are affected by flooding. But “we can’t control the weather,” he added. The company’s Web site, he noted, has a disclaimer specifically saying that “acts of nature are not under our control.”

Viking also stuck to its 50 percent compensation offer for the Frosts after I asked about their case, telling me that it prefers to work with guests directly, “and not in a public forum” such as this column.

Indeed, if there’s a common thread among these flooding cases, it’s that the riverboat cruise operators feel as if they are also victims of the extreme weather.

The takeaway for anyone planning to take a European river cruise is clear: Don’t expect it to actually be a river cruise if the weather won’t allow it. You can minimize your chances of participating in an overpriced bus tour by planning your tour during the fall, which generally more stable weather.

Keep in mind that your cruise line may not even be required to tell you of the rescheduled vacation until you arrive at the port. (Some river cruise lines, including Tauck River Cruising and Uniworld Boutique River Cruise Collection, belong to the Cruise Lines International Association, whose new passenger bill of rights requires them to offer “timely information updates” as to any adjustments in the itinerary of the ship resulting from an emergency.)

And provisions for compensating passengers are as easy to forecast as, well, the weather.