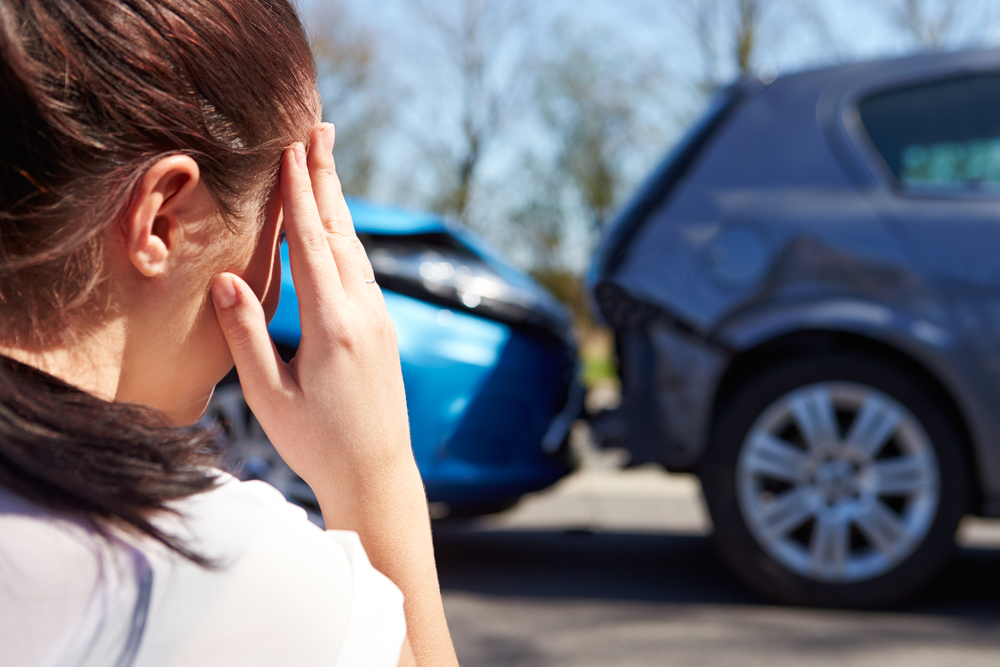 On one side, you have a car rental company — for her, it’s Enterprise — with what it believes is incontrovertible evidence that she damaged a rental car.

On the other side, you have the customer, Chambers, who believes she’s being scammed by a dishonest damage claim.

And me? I’m stuck in the middle, trying to figure out who’s right.

(Technically, it’s not just me — I have a dedicated resolutions team that reviews these cases, and we try to vet them before passing them along to a company. Today’s post, called “Can this trip be saved?” is for cases where we need your help determining if a problem should be mediated.)

Here’s the setup: Chambers recently rented a car at the Baltimore airport, inside a “dimly lit” parking garage. Why do these cases always start in dimly-lit garages? I have no idea. Car rental companies may want to invest in better lights.

When she inspected the white Passat, she noted several scratches.

A representative assured her that kind of pre-existing damage would be fine. “We don’t mark anything less than the size of a dollar bill,” he said.

But when she returned the car, Enterprise’s standards had been revised.

“The person processing the return stated that there were three small dents, about the size of a quarter, on the hood, and demanded that I sign an incident report,” she says.

Chambers sent the incident report and the rest of the paperwork to us. The bill was $503 for damages, $70 for “loss of use” and $50 for “diminishment of value.”

At this point, I should note that any damage bill that comes within a few dollars of $500, which is the typical insurance deductible, is very suspicious to my resolutions team. Most customers consider “loss of use” and “diminishment of value” to be junk fees, and so do most insurance companies.

The images of the alleged damage, which look like they’re photocopied, do not show any conclusive damage. The most compelling piece of evidence that favors Enterprise’s claim is Chambers’ incident report, which she signed, and which acknowledges the damage but notes she does not know how it got there.

“They are basically trying to scam me for damage that I didn’t do,” she says. Chambers notes that Enterprise has sent her a bill for damage to other parts of the car not even included in the original claim.

Also, Enterprise is billing her for loss of use even though as part of her USAA member benefit, loss of use is supposed to be waived.

Of one thing there’s no doubt: Chambers is responsible for any damage to the vehicle during her rental.

The question is, did the Enterprise rep miss any pre-existing damage when she checked her rental in the dimly-lit garage? Did the agent misinform her when he said “dollar-size” scratches were OK? The industry standard is a quarter, but I always advise customers to note all damage to their vehicle.

Then there’s the bill itself: the photos, inconclusive; the amount, suspiciously close to her deductible; the invoice, for the wrong damage.

In Enterprise’s favor is the signed confession that Chambers was responsible, filled out at a time when she was unaware of what might happen to the damage claim, or if there even would be a bill.

Enterprise has a well-deserved reputation for pursuing every damage claim, and some believe it runs its legendary Damage Recovery Unit as a profit center. The company denies this.

It may be too late for Chambers, but for the rest of us there are several valuable lessons. Take photos of your rental before and after. Make sure you have insurance. And remember that verbal promises count for nothing, particularly those made in dimly-lit garages. Get everything in writing.

I’m not sure if I can or should mediate Chambers’ case. I suspect something may be amiss with her damage claim, but I can’t prove anything.

Neither, for that matter, can Enterprise.