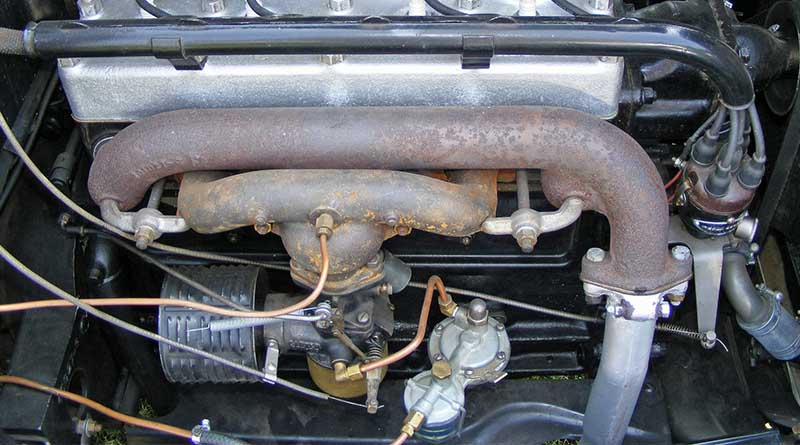 William Sullivan is still waiting for his order from Maryland Speed. Why won’t it send the missing part — and why won’t his credit card company help him?

I recently ordered several car parts from Maryland Speed. I received one of them. The second one, a tuner, was a cheaper part than the one I ordered.

Maryland Speed never sent the third part, a stainless steel brake line. I filed a credit card dispute with Chase regarding the part, but it denied my dispute three times. What I would like is to get my money back for at least the wrong item that I received, plus the item I didn’t receive. I would also like to know why Chase disputed my claim. Can you help me?– William Sullivan, Hicksville, N.Y.

You should have received the items you ordered. Instead, Mayland Speed took its sweet time sending you the items. One item arrived on time, a second item (which was not what was ordered) took several weeks, and the third never made it. By the time you contacted me, it had been missing in action for four months.

Maybe Maryland Speed should change its name to Maryland Slow?

You were clear with Chase about your dispute. You wanted a partial refund for the difference between the tuner models and a full refund for the part not delivered. Those were reasonable requests.

Will Maryland Speed ever send your refund?

It’s not clear if you gave the conventional resolution system a chance to work before proceeding to a credit card dispute. You can contact the company through its website. It seems to prefer a phone call but offers a way to contact it online, too. The company should have updated you on the status of your order. I think I know why it didn’t.

At about the same time your case crossed my desk, the Maryland Attorney General’s office announced that its Consumer Protection Division had filed charges against Maryland Speed for accepting payment for parts that it failed to provide to its customers, and for refusing to issue refunds to purchasers. In other words, you aren’t alone.

I’m not surprised that you decided to file a credit card dispute. Typically, a chargeback is the last option for resolving a problem. I can’t understand why Chase sided with Maryland Speed three times. Those dispute resolution departments are there to help customers like you. But Chase seemed to think the charges were legitimate.

Maybe Maryland Speed shouldn’t have been your first choice for auto parts. I found numerous complaints through online gripe sites and the Better Business Bureau. Let’s just say this business had quite the reputation.

All of which brings me to my next piece of advice: Next time, make sure you do a little homework before you buy from an unfamiliar business. Your auto parts might have been cheap, but you paid a high price for them in the end.

I contacted Maryland Speed on your behalf. A representative claimed that it could not find “proof of delivery” to your home. Maryland Speed also said it had no record of your trying to communicate with it recently, “or we would have resolved it sooner.” It agreed to send a $160 refund.

“This is more than the customer paid because of the inconvenience of the problem,” the representative added.