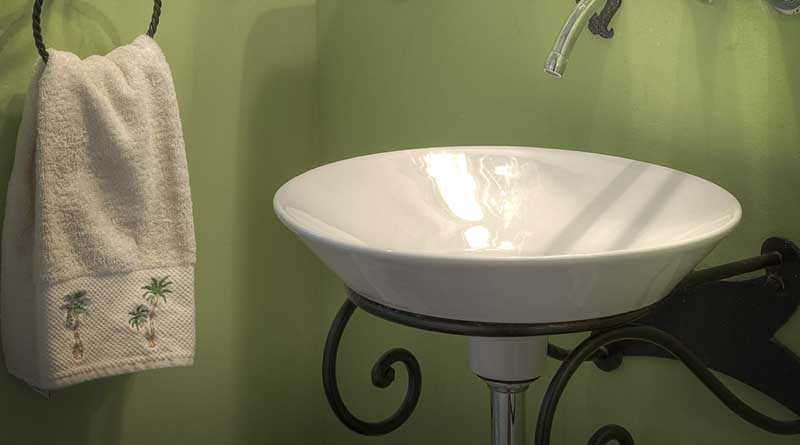 Home Depot never delivered Sung Kim’s vanity, so he asked for a refund. The company’s response: Just dispute the charge with your credit card. But when that doesn’t work, he contacts our advocacy team.

I placed an order for a vanity through Home Depot’s website a few months ago. I tried to cancel the order a few minutes later after I found that the vanity is not going to work out with my bathroom’s layout.

Home Depot wouldn’t let me cancel the order. A Home Depot representative advised me to return the vanity to a local Home Depot store once I received it. A few days later, I received an email from Home Depot saying it had delivered the item. However, my family and I were home that Saturday, and we never received the vanity.

I contacted Home Depot and they told me to file a dispute with the bank to get the money back. I filed a dispute on the transaction with the credit card company I used for the order. Yesterday, I received an email from my card company stating that the charge is valid.

I called Home Depot again, and they are telling me the same thing — just dispute this with the card company. They are not willing to refund my money for the item I never received.

Since Home Depot never delivered my order, I would like to have the $390 back. Can you help? — Sung Kim, Seattle

This is so absurd. You should be able to cancel an order within a few minutes of making it through the Home Depot website. What does Home Depot think it is, an airline?

I can’t believe the company would advise you to file a credit card dispute instead of helping you with a missing refund. Credit card disputes are the nuclear option in the resolution process, as I explain in our frequently asked questions about credit cards section.

So what happened? Here’s where it gets a little complicated. There’s a third party involved, a delivery service called TForce. You spoke with a service coordinator at TForce, which reached out to the courier who was supposed to have delivered the vanity. It never heard back from the courier after “multiple” requests. There was no proof of delivery available, and the courier no longer works for TForce.

Home Depot never delivered — so who got the vanity?

You can connect the dots here. It’s not hard to imagine the ex-courier is enjoying a new vanity in his bathroom — a vanity for which you paid. I understand that Home Depot doesn’t want to take the loss on this merchandise. But Home Depot decided to hire TForce, and its liability insurance should cover an event like this.

You don’t make a customer cover a loss like this. It’s not right.

By the way, Home Depot is hardly the only company to do this. Companies routinely defer to a partner or third party when something goes wrong, then let the customer haggle with that company. Of course, when everything goes well, the company is all too willing to take the credit.

Not going to pay $390 for nothing. It’s time for a refund

Even though Home Depot never delivered, you did. Your paper trail was meticulous and thorough. Nice work on keeping all of your correspondence, and above all, being persistent.

You can’t pay $390 for nothing. If Home Depot never delivered your order, it should have provided a refund.

I think you could have contacted Home Depot at a higher level. I publish the names, numbers and email addresses of the Home Depot customer service executives on this site. They might have figured out a way to refund your money.

Our advocate Michelle Couch-Friedman got in touch with Home Depot to try to straighten this out. You received a call from the company a short while later, and a representative agreed to a full refund.

From start to finish, this case took five months to resolve. That’s about four months and 29 days too long. Come on, Home Depot!