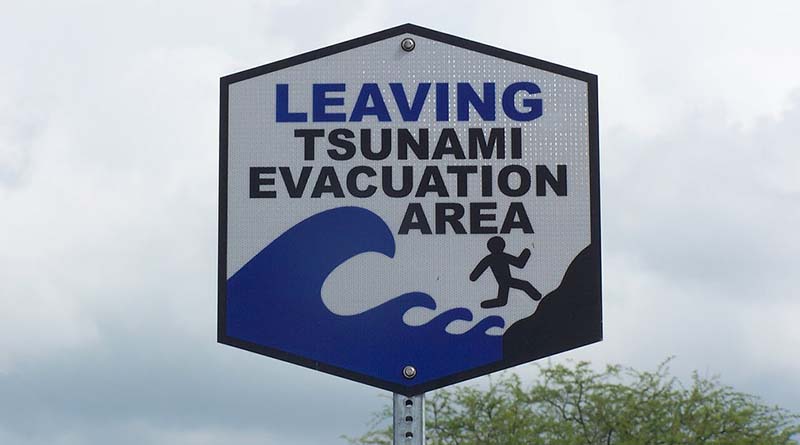 A driving rain with intermittent wind gusts greeted us in Deadwood, S.D., last week. The temperature gauge in our car plummeted to a brisk 38 degrees. It was a vacation disaster waiting to happen.

“I’m not getting out of the car,” my daughter announced, as we made a hard turn into a parking spot.

I didn’t want to either. I would have rather been back home, sipping tea and watching the late spring storm from the comfort of my easy chair. Instead, we were about to get drenched in historic Deadwood.

Mother Nature vs. your vacation — you’ve been there too? But she doesn’t have to win. That’s worth remembering, even with Kīlauea about to engulf the interesting parts of Hawaii’s Big Island in slow-moving lava. And even with all those summer vacations that are up against the possible calamities, including earthquakes, hail storms, hurricanes, tsunamis, tornadoes, and wildfires.

I won’t tell you how I persuaded my daughter to leave the car, exposing herself the elements for a few moments before finding shelter in the Days of ’76 Museum. Let’s just say the idea of sitting in the car for an hour didn’t sound too appealing once I described it in detail.

The interior of the museum is far more memorable. The exhibits show the origins of this Gold Rush town using artifacts that include clothing, memorabilia, and photographs. Downstairs, there’s an entire floor of horse-drawn carriages from the late 19th century that helps you understand the development of this area. Oh, and no two ways about it — the Wild West legends like Wild Bill Hickok, Calamity Jane, and Potato Creek Johnny dealt with a lot of bad weather. You can see that in the photos. They were dressed for Deadwood.

You don’t have to let South Dakota’s mercurial weather create a vacation disaster. Head indoors to attractions like the Journey Museum in Rapid City, which shows visitors how South Dakota came to be. Or, if you’re an animal lover, check out the Reptile Gardens, the largest collection of lizards, or Bear Country USA, a drive-through animal park.

Another vacation disaster: Watch out for that tsunami!

You’re probably not going to believe this, but my family experienced two tsunami warnings in Hawaii — one in 2011, just after an earthquake in Japan, and the other in 2013. Neither was serious, but they could have been.

On the first trip, my middle son, Iden, was traveling with me. As a kindergartner, Iden had only a vague understanding of what was happening. When we had to evacuate to higher ground in the middle of the night, he thought it was part of the adventure.

But with the second tsunami warning, which happened on the Big Island, he and his brother knew what was at stake. We packed our belongings in the car and fled to the hills on Halloween night. (Why do these tsunami warnings happen at night? It’s so scary.)

Locals seemed to take the warning in stride. They were having a Halloween party in town, so many residents were walking around in masks that evening. I thought it would be best to blend in. I found donuts at the Pahoa Market & Deli, offered them to the kids, and we sat in the car, waiting for the danger to pass. At around 11 p.m., we returned to our vacation rental and collapsed in bed.

But I like how the prospect of an enormous wave pulling you out to sea didn’t faze the Hawaiians. That kind of attitude can prevent a vacation disaster.

Chased by wildfires in Oregon

Oh, and I’ll never forget the summers we spent on the west coast, when it felt as if wildfires were chasing us all over the map. Last summer was probably the worst, when a massive blaze in British Columbia turned the skies hazy in Oregon and Washington. It looked like Los Angeles on a Stage 3 smog alert day.

So we borrowed a page or two from our previous playbook. Take it in stride, like the Hawaiians do. Or seek shelter, like the South Dakotans. But there’s something unsettling about a fire that threatens your carefully planned trip.

In Oregon, the beach seemed like the only place where we could be completely sure the flames wouldn’t reach us. OK, that’s a slight exaggeration, but let’s just say we felt really safe there.

Mother Nature might try to throw a wrench in your summer travel plans — she often does. But you don’t have to let that stop you. The right attitude, a plan “B” and some flexibility will keep your next vacation on track.