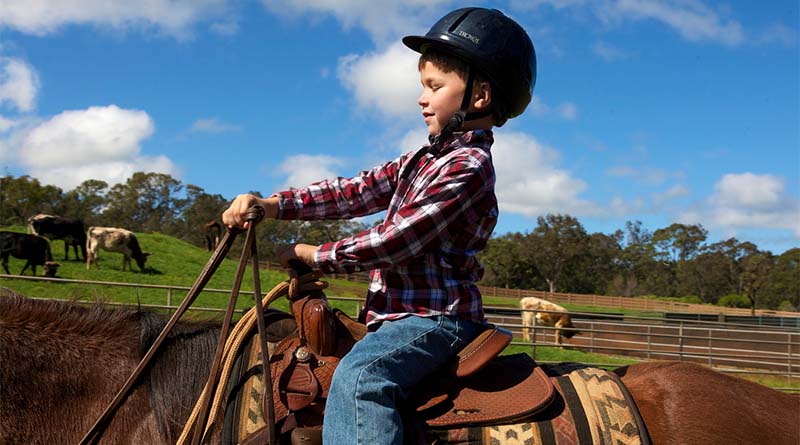 It’s summer. Whether you’re staying home or traveling a long distance for vacation, there’s no better time for an adventure. And, although my children will be embarrassed by my show-and-tell, I’m here to encourage you to do it.

A recent survey by Travel Leaders and the Adventure Travel Trade Association found that 86 percent of travel agents recorded growth in their adventure travel sales over the past three years. All age groups — not just young people — are drawn to adventurous activities like horseback riding, mountain climbing and scuba diving.

If you’re not one of them, you’re might be thinking about becoming one of them. Getting out there and having fun — well, what can I say? — it’s the best!

OK, so my kids would rather sit in their vacation rental and watch TV. Guess what? Not an option, kids. Not an option.

For me, the keys to a successful adventure involve a little luck, a dash of danger, and a sense that you’re not allowed to be doing what you’re doing. But mostly, it’s just good-old-fashioned fun.

Adventures happen when you least expect them

Here’s the thing about adventures: Sometimes, the best ones are totally unplanned. It’s a visit to a museum where you thought you’d sleepwalk your way through, when suddenly one of your kids screams, “LOOK, A SPACESUIT!” (Hey, when they’re six, that’s pretty cool.)

Since I started traveling with kids way back in 2002, I’ve learned that you just never know what’s going to happen next. And usually that’s a good thing.

I remember visiting Salem, Mass., with the kids back in 2014. They were prepared to be unimpressed — until I told them about the witches. Yep, Salem has the Witch House and a Witch Museum and a Witch Memorial. And before long, the kids were looking at the people they passed on the street, and wondering, “Is she?”

Kids have a great imagination. They spent that afternoon looking for witches.

And, being the absentminded dad, I had totally forgotten about Salem’s rich history. I was just thinking about getting us through the day without a meltdown, which, at their ages, was virtually impossible. But on that day they were all strangely well-behaved as if they’d fallen under a spell.

Now that’s what I call an adventure.

A little danger can be a lot of adventure

Never underestimate the power of a little adrenaline. When we were invited to tour the Crazy Horse Memorial under construction in South Dakota, I heard a collective yawn from the back seat. Then I said, “It’s a construction site. You’ll have to wear hard hats,” and that changed everything.

Yes, a little danger can add to the adventure. I’m not even talking about cliff climbing. Just saying there could be danger is often enough to turn an ordinary sightseeing tour into a real adventure.

I don’t think the kids will ever forget clinging to the top of Crazy Horse in 2012. It’s huge and it was filled with construction equipment, and oh yeah, they were using explosives. I had their attention.

If everything feels safe, it’s really hard to convince a kid (or an adult) that they’re having an adventure. I’m not suggesting you place your family in any kind of danger this summer. Only that you remember there’s a psychological element to having a memorable experience. Simply looking at dinosaur fossils in a museum is not the same thing as animatronic dinosaurs lunging toward you. There’s one at Wall Drug in South Dakota, and it’ll freak you out.

Adventures can be more adventurous when you’re doing something that is, for lack of a better term, forbidden. Like aiming the massive anti-aircraft gun on a World War II battleship at the sky and saying, “BRING IT!” OK, my daughter was too young to do it, but I provided the sound effects. She loves military weapons. She knows she’s not supposed to. Every video she watches, every storybook she reads, tells her she must be a well-behaved princess who loves unicorns and pajama parties. But what fun is that? (Well, you can ask her, and she’ll tell you it isn’t.)

I learned something about adventuring when we visited the U.S.S. North Carolina years ago. Tell your kids that something is not allowed and it immediately becomes interesting. I kind of knew that already, but I hadn’t yet learned that it directly applies to travel, too.

Oh, and don’t forget the fun. You can have all the danger and excitement, but if you make it a chore, you’ll see it in the photographs. The expressions of delight and happiness are replaced with that look of eternal disinterest. This summer, it’s an expression you now know how to avoid.