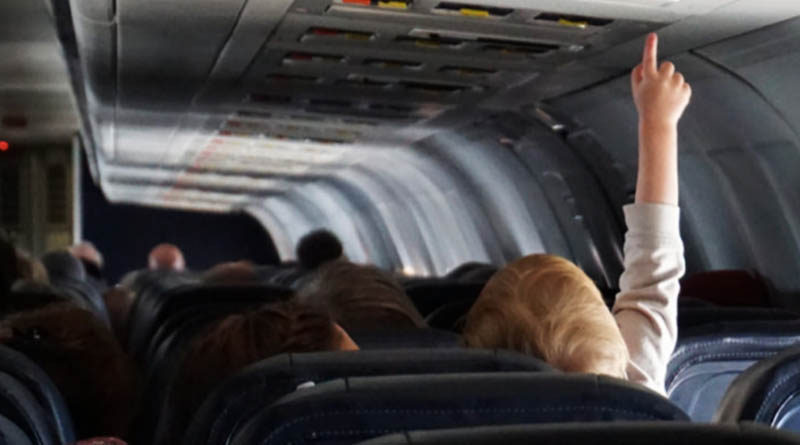 Leslie Hillandahl and her husband received an unpleasant surprise when they tried to check in for their return flight from Italy. Their son, who had recently turned two was now too old to be a lap child. He would need his own seat — at an additional cost of $4,000.

The couple paid the fee and flew home. But Hillandahl wants a refund.

This case shines a light on the controversial topic of lap children on flights and the financial consequences that can arise when parents do not familiarize themselves with the policies that pertain to such children before they purchase their tickets.

“When purchasing our tickets to Italy, we told the agent that my infant son was going to be less than two years old when the trip began but turned two a few days before our return,” Hillandahl recalled. “I asked if he was going to need his own ticket. I was told multiple times that he would not.”

Hillandahl went on to explain that she and her husband purchased these tickets and then upgraded to business class using miles.

They did not purchase a ticket for their “infant” son — the infant that was about to turn two — she intended to hold him on her lap the entire round-trip.

I don’t know about you, but I don’t consider a two-year-old an infant. And surprise! The airlines don’t either.

The toddler celebrated a birthday during the trip abroad

The family’s trouble came when they attempted to return home after their son turned two.

“Upon arrival at the Florence airport, we went to check in with Lufthansa and were immediately told that we would be required to purchase a ticket for our infant son, despite the assurances of several United and Lufthansa representatives that it was not needed,” Hillandahl told me.

Because the family was flying in business class, the walk-up fare for this flight home was over $4,000. Given no other choice, they paid the fare and flew home.

But once they arrived home, Hillandahl began her campaign for a refund.

“This was truly a nightmare to live through and I expect that United will cover the over $4,000 we had to pay to get my two-year-old son back to the United States with us,” she demanded.

Too old to be a lap child

Both airlines specifically address what will happen if a child turns two while traveling.

And Lufthansa has very similar wording in its lap child policies: “Children who turn two years of age during the trip require their own seat. In this case, the child fare will be charged for the entire trip.”

A quick check of other airlines shows that this is the policy across the board. The airlines define lap children as children who have not yet reached 24 months of age.

It is unclear where Hillandahl’s confusion about this policy arose. But she maintains that multiple employees at both airlines gave her this erroneous information.

Unfortunately, she had failed to note any of the names of these employees. This made her case impossible to successfully advocate.

We couldn’t help Hillandahl because the facts were not on her side. Her son did fly home from Italy in business class, and according to the policies of both airlines, the correct protocol was followed.

Should lap children be banned?

But no story about lap children would be complete without pointing out that there is a push to ban all lap children from flights — because sitting on a parent’s lap does not provide any type of protection for the child.

As the Federal Aviation Administration explains:

The safest place for your child on an airplane is in a government-approved child safety restraint system (CRS) or device, not on your lap. Your arms aren’t capable of holding your child securely, especially during unexpected turbulence.

Many children have been injured and even killed in airline incidents that were completely survivable — but not for a lap child.

So please consider all the available safety information when you book your child’s next flight. Because though it may still be legal for your child to fly unrestrained on your lap, it is not safe, and safety should be your primary consideration in your decision to purchase your child a seat or not.