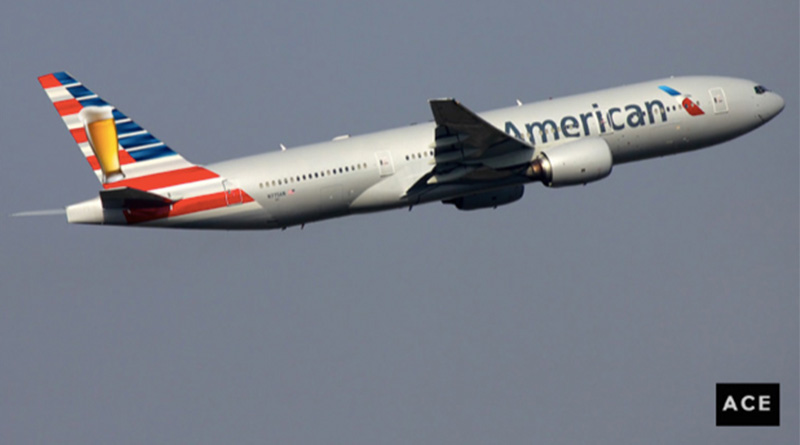 On her recent American Airlines flight, Patricia Simon was forced to endure the antics of a crowd of drunks on the plane. Now she wants a refund.

I know what American Airlines will say if I bring Simon’s case to it.

I don’t care. I still think she deserves something for what happened during her flight from Dallas to Cabo San Lucas, Mexico. Maybe you agree.

Rowdy drunks on the plane

“Basically, a flight attendant served guys from a football team double bottles of Jack Daniels on the flight to Cabo,” she says.

The players were probably underage, and their behavior quickly turned raucous.

“They drank all the bottles of Jack Daniels that they had in the cart and then moved on to vodka and Bailey’s. And they were sitting directly behind us. They had mini-bottles lined up on their tray tables,” she reports.

I’ll get to the rest of her story in a minute. But first, let me tell you why I’m telling you her story. It’s not to get her compensation — I know what American will say — it’s the issue of alcohol on planes and the wrongness of it all. No one wants to suffer the foolish behavior of drunks on planes.

But back to Simon’s unfortunate tale. Here’s what happened after the drinks started flowing:

As the flight went on, they became louder and drunker. They were yelling that they wanted to do body shots.

Towards the end of the flight, one of the guys pulled out a harmonica and was trying to play, which was so annoying.

So, we were held captive in a closed airplane with five drunk passengers because the flight attendant over-served the passengers. And, we had to hear this loud, foul-mouthed language for the duration of the plane ride.

We were also afraid that a fight was going to break out because they kept getting up and yelling, “Let’s do body shots,” and “F*** this,” and “F*** that!”

We appreciate your writing to tell us about the problems you encountered when you traveled with us on March 12. Please accept my apology and also my thanks for giving us the opportunity to respond.

First, we do not want to infringe upon the rights of anyone, and we try to ensure you are not subjected to uncomfortable situations by other customers. For that reason, our flight attendants are instructed not to serve alcoholic beverages to any customer who appears to be intoxicated.

In light of your experience, we have forwarded your comments to our Flight Service managers for internal review with the flight attendants on your trip, and I am confident we will handle future occurrences more effectively.

Still, while I know that you have requested compensation for this incident, we don’t typically extend compensation in these matters. However, our position does not lessen our concern for your disappointment. We have renewed our focus on customer service and our managers at reservation centers, airports and flight service bases are taking steps to ensure that employees are responsible and accountable for the kind of service they provide our customers.

Mrs. Simon, we hope that we have the privilege of welcoming you aboard again soon.

I did not pay to hear drunks on the plane!

“That is not an acceptable response,” she says. “I paid good money for my wife and I to have a pleasurable flight. American’s flight attendants over-served passengers, and due to their actions, they were belligerent, loud and swearing. I did not pay to hear drunks on the plane.”

American’s reply is absolutely correct and yet, paradoxically, incorrect. On the one hand, it transported her and her wife to Cabo safely, in accordance with its contract of carriage. On the other hand, one of its flight attendants served all-you-can-drink hard liquor to the football team sitting next to her.

That’s not the American way

I think the airline owes her something for the trouble. Maybe not a refund, but a sincere apology, a voucher, maybe some frequent flier miles — anything, really, that would say “I’m sorry.” I recommended that Simon use our American Airlines company contacts and request reconsideration of her complaint.

Maybe it’s time to quit serving alcohol — before someone gets hurt.