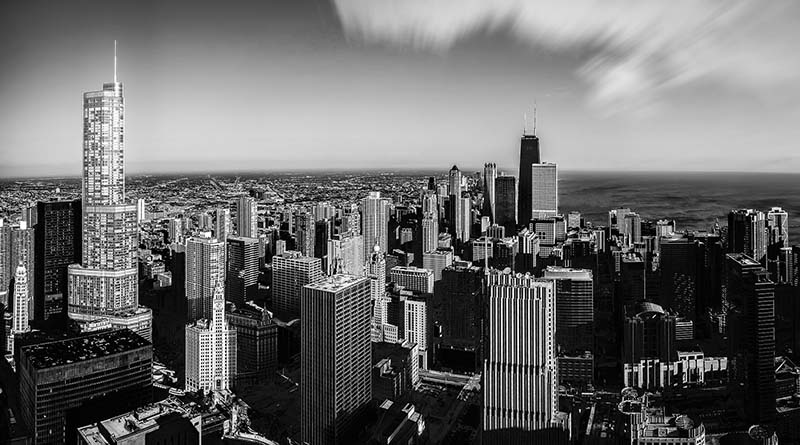 But could the error actually have originated somewhere closer to home?

Smith’s case is yet another cautionary tale about the importance of self-booking vigilance. However, there are additional lessons for the companies involved as well. In this case, mistakes abound — with United Airlines, Expedia and with Smith.

Smith’s troubles began soon after she planned a trip to visit a terminally ill friend in Chicago. It was a somber trip, as she realized it might be her last visit with her buddy.

Smith found a great rate on United Airlines through the Expedia website. She booked the basic economy ticket and soon received a confirmation.

“Two days later, my husband decided that he would join me,” Smith recalled. “And so I logged back onto Expedia and booked him a ticket on the same flight for $196.”

Or so she thought.

The day before their trip, Smith suddenly realized there was a giant mistake with her second United Airlines reservation. Using the record locator for the first ticket, she easily checked in for the United Airlines flight. But when she entered her husband’s record locator, her name popped up as well.

A terrible realization hit Smith; United Airlines had issued two tickets for the same flight in her name. Her husband had no ticket to fly to Chicago.

But how did this mistake happen?

Two United Airlines tickets for me. None for my husband!

That day, Smith says that she spent hours on the phone with United Airlines trying to correct the error. And she also spent hours with Expedia hoping to get the second ticket changed into her husband’s name.

I spent several hours on the phone with both United Airlines and Expedia. United kept telling me it was up to Expedia to fix. Then Expedia told me only United Airlines could fix this mistake. I realized that the only option we had was to book a new plane ticket. At that point, the price of the flight was $915. Expedia refused to give me any sort of price break or credit.

Unfortunately, at that point, there were no other options. As our publisher, Christopher Elliott, explains in his article on the topic, the first 24 hours after making a flight reservation is when travelers can correct most mistakes without penalty. That is as long as they’ve purchased the tickets directly through the airline. Once those 24 hours have passed, the passenger will be required to pay a change fee and fare differential to make any changes. And, unfortunately, basic economy tickets are ineligible for any changes.

The good news for Expedia users, though, is that Expedia has voluntarily adopted its own 24-hour rule. It’s not quite identical to the DOT’s. But if you want to cancel an airline ticket within 24 hours of purchase on Expedia and the airline allows it, Expedia likely will, too. The booking error will be corrected by canceling your reservation and then reissuing a new ticket.

No way to change the name on this basic economy ticket

Unfortunately, Smith never looked at the confirmation that she received for her “husband’s” ticket. If she had, she would have seen that it was her own name on that reservation.

As Smith soon discovered, neither United Airlines nor Expedia was willing to change the name on the ticket. In fact, no U.S. airline allows tickets to be transferred from one name to another. Even simple spelling corrections can turn into a financial nightmare if you don’t catch them within the first 24 hours.

But this problem was not a simple spelling error. To correct this mistake, a complete name change on this basic economy ticket was needed. And United Airlines was not going to let that happen.

Seeing no other choice, Smith paid the $915 and bought her husband a ticket. The couple flew to Chicago and visited with her friend. But when she got home, she turned her sights back on forcing one of the two companies to take responsibility for this mess.

And that’s when she contacted the Elliott Advocacy team.

An Expedia error or a United Airlines’ mistake?

When Smith contacted our team, she initially thought that this fiasco was Expedia’s problem to correct.

I am positive that I entered my husband’s name and birth date, and that somehow the Expedia system defaulted the name to mine. In fact, United Airlines verified that the ticket I booked for my husband had his birth date attached.

I don’t understand why the Expedia website would even allow someone to book two identical tickets. Their website should have safeguards to prevent this problem from happening in the first place. I have to think that I can’t be the only person that this has happened to. Expedia responded that I shouldn’t have booked a basic economy ticket if I had wanted to make changes.

I went through Smith’s paper trail and that same question occurred to me as well. The Expedia system should not have allowed her to book two tickets for the same flight. And United Airlines should not have accepted payment for and issued, the second ticket in her name.

Smith explained that she did recall that during the Expedia booking process, she saw one warning.

As I was booking my husband’s United Airlines flight, a popup alerted me that I was making a second reservation in my name. I was surprised to see this, as I had definitely entered my husband’s name. So I went several screens back. Then I saw that my name was there and changed it to his name before finishing the booking. I didn’t think I would have any further issues with this.

But of course, she did — very expensive issues.

To find out what went wrong here, I contacted our friends at Expedia. The IT department at Expedia can track user keystrokes and pathways through its site. And so when a consumer believes that a “computer glitch” has occurred, their team can often determine if that is the case.

Soon our executive contact had some surprising news about Smith’s second reservation.

Hi there Michelle, thanks for your patience on this one. A quick recap of our findings:

Our records indicate that on February 14th, 2019, the customer attempted to create a flight reservation to accommodate Mr. Jason Smith for travel from Newark, New Jersey to Chicago, Illinois.

During this interaction, our findings show that after a warning notification the user scrolled to the top of the page. She modified the traveler’s name from Andrea M Smith to Jason D Smith. But then changed it back to Andrea M Smith before the confirmation of the booking. Expedia did not initiate this change, but rather the user.

If our website had implemented this change, the passenger’s date of birth and gender would have automatically updated to match the traveler information saved to the account.

She went on to underscore the importance of travelers carefully reading any warnings that pop up during the booking process. Lastly, she reiterated the value of thoroughly reviewing the confirmations that arrive just after booking.

“The 24-hour flight cancellation policy available through Expedia is in place to help avoid circumstances such as this,” she explained. “So we remind customers to take advantage of this policy as required.”

Why did Expedia’s system allow the identical bookings?

But I wanted to know why the system ultimately allowed Smith to book an identical flight for herself. Our Expedia contact explained:

Our Expedia contact wasn’t sure why the United Airlines system didn’t catch this mistake. But it likely happened because Smith had successfully entered her husband’s birth date. That would have made the record not identical in the “eyes” of a computer reader that issued the ticket.

But some good news was coming Smith’s way. The Expedia resolution team decided to bring this case to United Airlines for review again. Ultimately, United Airlines decided to refund the $196 for the second ticket that Smith mistakenly purchased in her own name on the Expedia site.

Unfortunately, Smith was on the hook for the last minute, walk-up fare of $915.

Smith continues to question how this happened. Perhaps she was distracted, with her friend’s health crisis. She isn’t sure, but she knows this type of booking mistake will never happen to her again.

Michelle, Thank you so much for looking into this and for the detailed response. I am still absolutely sure that I entered my husband’s name. So it seems most likely that something on my end auto-filled my own name. I should have checked more carefully and I can chalk this up to a learning experience!