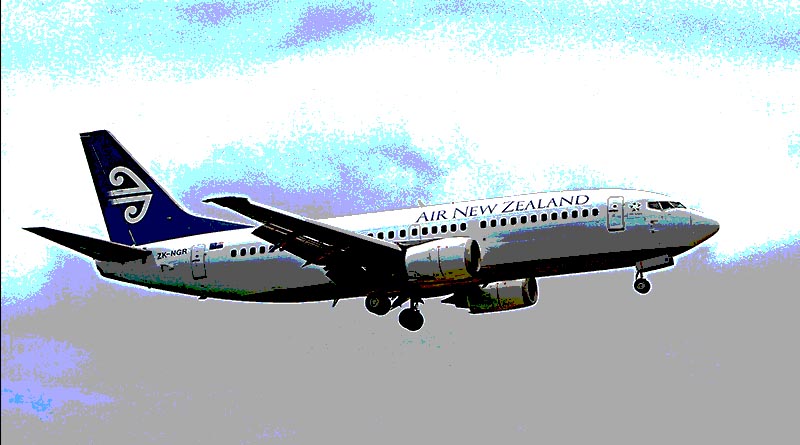 Here’s a simple question: What is Expedia’s Total Protection Plan worth? If you ask Ruth Meyer, she’ll tell — not much.

And she should know. After Air New Zealand canceled her flight from Melbourne to Hobart, she needed help from Expedia. And its travel insurance was — how shall I say this? — less than protective.

Meyer’s story is a cautionary tale about the value of travel insurance, the perils of booking online, and how to handle a trip disruption. But, as with many other requests that require Expedia help, this one has a resolution that’s not entirely awful.

A canceled flight, a disrupted trip — and assurances

Meyer and three traveling companions booked tickets through Expedia, all on the same itinerary, for flights from Queenstown, N.Z., to Melbourne, Australia, and then from Melbourne to Hobart. They returned from Hobart to Sydney and then flew home to South Florida. It’s a complicated itinerary. More on that in a moment.

New Zealand canceled the first flight about an hour before departure, sending Meyer and her and her companions on an odyssey to save their vacation.

“An airline representative told us that we had travel insurance and should book our own flights and later file a claim,” she recalls. “Through Expedia, we booked the earliest flight we could get out of Queenstown two days later, which meant we could not go to Hobart, but instead flew directly to Sydney.”

So Meyer never made it to Tasmania but spent extra money to get back to Australia. That’s a classic trip disruption, which a traditional travel insurance policy should have covered. But not Expedia’s Total Protection Plan.

“When we filed a claim to cover the cost for canceled flights we discovered it does not cover cancellation by an airline,” says Meyer, adding that the protection plan was “a complete misnomer.”

“I spent numerous hours on the phone with Virgin Australia, Air New Zealand, and Expedia, but each representative passed the problem onto others,” she says. “Virgin finally told me they do not process refunds if a person booked through a travel agent, which is Expedia. I went back to Expedia which contacted Virgin Australia. The response was that we would not receive a refund because we were no-shows.”

That’s an error, of course. She and her travel companions didn’t show up because Air New Zealand canceled the flight.

What a tangled web.

A careful review of Meyer’s itinerary shows all of her flights were on the same itinerary. When Air New Zealand canceled her flight, it owed her a complete refund.

The industry standard is that the flights must be used in the order they were ticketed, or your complete ticket is invalid. Per Virgin Australia’s Conditions of Carriage:

(d) Tickets used in coupon sequence. You must use the Flight Coupons or Electronic Coupons in your Ticket in the sequence they appear on your Ticket, and you must commence your journey with the first coupon. If you do not, your Ticket may be invalid, and we reserve the right to refuse to carry you, and to cancel the Ticket.

A lot of things went wrong here. Air New Zealand gave Meyer incorrect information about her coverage. By the way, never accept the word of a third party when it comes to your travel insurance. Get it directly. Expedia rebooked the travelers on a return flight without tidying up their original itinerary. It looks as though either Air New Zealand or Virgin Australia rebooked them on a new flight, which they did not take.

We have a detailed guide with information on how to fix air travel problems on this site. A little knowledge of the process might have taken Meyer a long way in avoiding this nonsense.

My advocacy team reached out to Expedia for an answer. Here’s what it had to say:

it appears that when Virgin Australia canceled their return segment, the code-sharing airline, Air New Zealand, took over the tickets and provided free reprotection.

It seems perhaps she was provided with incorrect guidance and information by the airline agent, who advised her to purchase new tickets and file a refund claim via her travel insurance.

Unfortunately, a flight cancellation is not a covered scenario in the Total Protection Plan.

Expedia contacted the ticketing carrier, Virgin Australia, which restored the value to all four of the tickets for that canceled flight, AUS $130 per passenger. Gee, a flight credit of AUS $130 on an airline on which Meyer will probably never fly again. Somebody hose me down.

Christopher Elliott is the founder of Elliott Advocacy, a 501(c)(3) nonprofit organization that empowers consumers to solve their problems and helps those who can't. He's the author of numerous books on consumer advocacy and writes weekly columns for King Features Syndicate, USA Today, Forbes and the Washington Post. He also publishes Elliott Confidential, a critically acclaimed newsletter about customer service. If you have a consumer problem you can't solve, contact him directly through his advocacy website. You can also follow him on Twitter, Facebook, and LinkedIn, or sign up for his daily newsletter. Read more of Christopher's articles here.
80050

This article was published on November 4, 2018