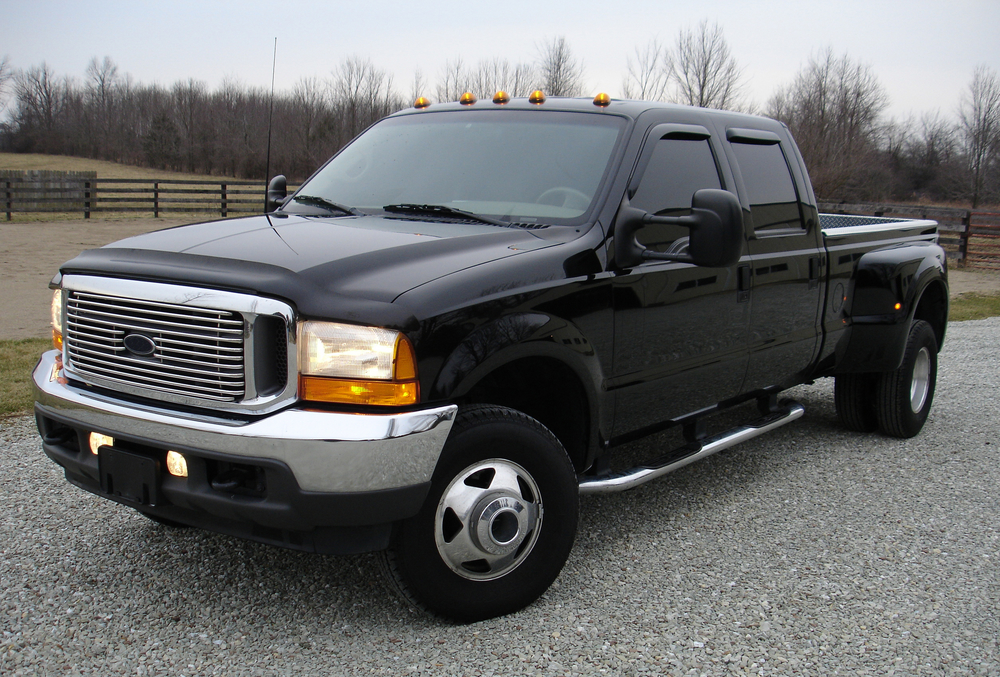 Jim Langford’s appointment with U-Haul went off without a hitch. That’s the problem.

Langford, who lives in Penngrove, Calif., recently asked U-Haul to install a gooseneck hitch on his 2015 Ford F-350.

(For those of you who don’t live in flyover country, a gooseneck is a heavy-duty hitch anchored through the bed of a pickup truck. And an F-350 is a big truck.


“They said they could do it,” he remembers. “An appointment was made and another representative from U-Haul called me to verify my appointment. At that time, I specifically asked if it was a hitch with the removable ball. She said ‘yes.'”

So Langford drove his brand new F-350 to U-Haul. And just to make absolutely sure he had the right hitch, he asked the employee at the counter. Could they show him a picture of the hitch? They could not, but they assured him it was a gooseneck with a removable ball.

He says U-Haul repeatedly assured him that it was the right hitch. It wasn’t.

“When my wife came to pick up the truck later in the afternoon she called me and told me they installed the wrong hitch,” he recalls. “I advised them that they needed to pull out that hitch immediately. Now I have 10 half-inch holes in the bed of my new truck with less than 800 miles on it.”

The hitch U-Haul gave him was a surface mount, meaning it was installed directly to the bed with 10 bolts, all on the surface.

“If I wanted to just remove the ball it was impossible,” he says. “The whole mechanism needed to be removed.”

The U-Haul location gave Langford its insurance company’s information. He filed a claim, and six weeks later, it sent him a denial letter. The reason? U-Haul only did what he asked it to do, the company claims.

“I’m at the end of my rope here dealing with these guys,” he says. “If I hadn’t asked at least three times about the description of the hitch they were installing, maybe I would have accepted total responsibility.”

I decided to check with U-Haul. It didn’t respond to my first overture, but after a second try, it sent me the following response:

Mr. Langford ordered a removable gooseneck hitch to be installed on his vehicle. The installation was performed correctly and completed on the customer’s vehicle.

After the installation of the removable gooseneck hitch was complete, Mr. Langford’s wife picked up the vehicle and then notified the U-Haul location that she believed they had installed the wrong hitch.

Mr. Langford subsequently filed a claim with Repwest [U-Haul’s insurance company], which was denied. Repwest feels that U-Haul did all that they could given the customer’s initial order and that U-Haul went above and beyond to satisfy the customer after the customer’s request changed.

Interesting. So U-Haul says it got the order right but that the Langfords changed their mind. Even when they did, U-Haul offered to fix the order, but they wanted the truck repaired instead.

The takeaway? You need to get everything in writing before the drilling begins. The written order trumps Langford’s word.

Unfortunately, I’ve done all I can.

Langford is not happy and plans to take U-Haul to small claims court. I will update this story when there’s a verdict.

Christopher Elliott is the founder of Elliott Advocacy, a 501(c)(3) nonprofit organization that empowers consumers to solve their problems and helps those who can't. He's the author of numerous books on consumer advocacy and writes weekly columns for King Features Syndicate, USA Today, Forbes and the Washington Post. He also publishes Elliott Confidential, a critically acclaimed newsletter about customer service. If you have a consumer problem you can't solve, contact him directly through his advocacy website. You can also follow him on Twitter, Facebook, and LinkedIn, or sign up for his daily newsletter. Read more of Christopher's articles here.
36582