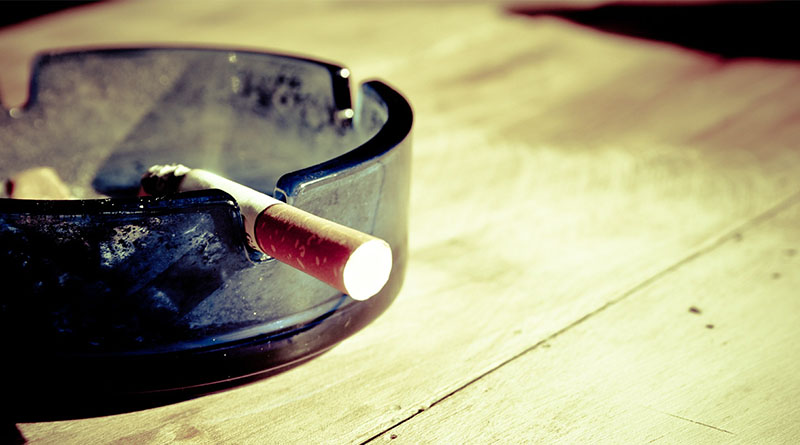 Kentrel Thompson was accused of smoking marijuana at the Hampton Inn during a recent visit. According to the hotel, after “Mr. Thompson” left, the room needed to be professionally cleaned to get rid of the marijuana smell.

There are some problems with the accusation: Thompson isn’t a man, and she says she was not smoking anything in her room.

This case is just another in a long list of instances in which consumers contact us for help to get a smoking charge removed from their hotel bill. In many of these situations, the hotel has charged guests who claim that they don’t even smoke. What’s going on here?

Thompson explained that she reserved the room with her debit card, but paid with cash at the hotel. She describes her shock after she checked out.

“I looked at my debit card charge history and noticed there was $250 that Hampton Inn took,” she says. “I called, and the manager told me that they charged me for smoking. But I don’t smoke! I explained to management that this is impossible.”

Despite her complaints to the manager of the hotel, the charge remained.

Accused of smoking marijuana at the Hampton Inn

I contacted Hilton Hotels, the parent company of Hampton Inn, and asked that they look into this problem. Very quickly, I received a response from the senior director of customer care. She told me that she had spoken to the manager of the hotel.

After Mr. Thompson checked out of this Hampton Inn, the housekeeping manager went into his room. She discovered a strong scent of marijuana and cigarettes. Later, the GM entered the room to confirm that the room smelled of smoke. This Hampton Inn could use that room for two days. The smoking charge will stand as this is in accordance with company policy.

I conveyed to Thompson what the director of customer care had said.

That’s when the big reveal occurred. Now Thompson was furious.

Confusion about this Hampton Inn guest

But why was the hotel referring to a female guest, who they had presumably seen, as a “Mr.”?

I decided to contact the director of customer care again. I pointed out this inconsistency and asked if she could please take one more look at the case. After all, if the hotel was referring to Thompson as a “Mr.,” maybe there were more inconsistencies in the hotel’s story. And I pointed out that Thompson assured me that she wasn’t smoking marijuana in her room.

Soon, I received the final answer from the director and even more details to add to this saga.

After my second email, the director contacted this Hampton Inn to clarify. At that moment, Thompson was at the hotel complaining about the smoking marijuana accusation.

This Hampton Inn is sure that someone was smoking marijuana

Now, the management of this Hampton Inn doubled down with their marijuana accusations against Thompson. The team reported that “there is an obvious scent of marijuana on her.” The manager also explained that they had mistakenly identified her male guest as Kentrel Thompson.

Uh-oh. My advocacy attempts were going up in a puff of smoke!

I spoke to Thompson again and told her what the Hilton Hotels director had just told me. Thompson said that she had gone to the Hampton Inn because now there were two smoking charges on her bank statement. She wanted to make sure that the manager only charged her for one smoking fee.

Kentrel also suggested that the employees at the Hampton Inn be drug-tested since they seem to be so familiar with the smell of marijuana.

In a typical case (this isn’t), I would recommend to the nonsmoking guest, to consider a chargeback with their credit card company. This type of investigation forces the hotel to provide real evidence to support its claim against the consumer.

However, Thompson’s case is further complicated because she paid cash for the room and used her debit card as a guarantee. Unfortunately, when you choose this form of payment, you are not protected by the Fair Credit Billing Act. The FCBA protects consumers who make credit card purchases. You can’t initiate a chargeback to a debit card. But, I recommended that if Thompson was sure that neither she nor her guest was smoking marijuana in this Hampton Inn, she should contact her bank and explore her options.

No way to solve this Hampton Inn problem

Ultimately, I couldn’t help Thompson. The Elliott Advocacy team has been seeing an increase in disgruntled travelers who find these smoking charges on their credit card bills after check out. But we have never seen a hotel chain stand so firmly behind one of these charges. This Hampton Inn is holding steady in its stance that Thompson (or her guest) was smoking marijuana in the room.

We would love to be able to give tips on how to avoid being hit by these types of charges. Unfortunately, in many cases, these penalties appear to be entirely random.

What we can do is let travelers know that hotels across the board seem to be implementing this charge. If you are a smoker, make sure that you are not bringing even the smell of your cigarettes with you. One consumer who contacted us said he emptied his car ashtray into the garbage can of his room.

If you really are a non-smoker, use our company contacts and be persistent with your request to have the charge removed. If all else fails — and this is why it is essential to avoid using cash or a debit card for payment — initiate a chargeback with your credit card.

For Thompson’s part, she would like all of our readers to know that this Hampton Inn has falsely accused her of smoking marijuana in her room. Oh,  and she doesn’t like to be referred to as “Mr.” Thompson.