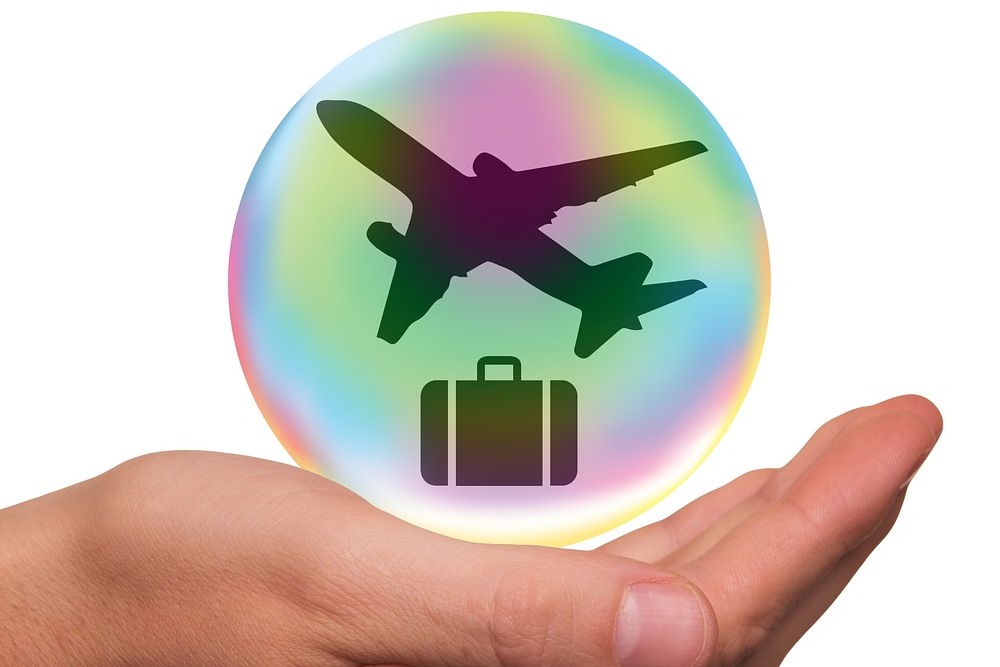 After all, Kubitskey, a marketing manager from Louisville, had lived in Turkey for two years, and as a part-time travel adviser, she was something of an expert on the region. What could possibly go wrong?

You can probably guess what happened next. A bomb went off at the Istanbul airport, leading to second thoughts about her trip. Fortunately, Kubitskey had purchased a travel insurance policy that covered her. After she canceled her trip, she received a full reimbursement of her non-refundable airfare and hotel expenses.

“If we didn’t have insurance, our family of four would have lost tens of thousands of dollars,” she says.

As you start to plan your summer travel, you might want to think about insurance. More Americans are doing it. More than 33.4 million people bought insurance policies in 2014, the most recent year for which statistics are available, according to the U.S. Travel Insurance Association, a trade group. The number of people covered increased about 18% from 2012.

Travel insurance isn’t for everyone. Sometimes, you can’t buy coverage for your trip, or the likelihood of filing a claim is so low that you’d just be wasting your money. But insurance can save the day.

“Travelers often think insurance is just a scam,” says Erin Logsdon, a Southborough, Mass., travel agent who specializes in Caribbean and Europe travel. “The truth is that accidents can happen anywhere, and many claims are due to unforeseen circumstances.”

Remember when astronaut Buzz Aldrin had a health scare when he visited the South Pole last December? He was rescued, at least in part, by his Seven Corners travel insurance policy, which flew a nurse to New Zealand to oversee his care and covered the cost of his medical evacuation. Travel insurance can cover the sometimes considerable expense of getting you home when you fall ill.

Five myths about medical evacuations
Insurance can also cover an unexpected cancellation or trip interruption. When a blizzard hit New York last winter, Kristen Montag’s airline canceled her return flight to Minnesota. She had to spend an extra night in Manhattan.

“Good thing I had purchased the Allianz travel insurance when I booked the flight,” says Montag, who works for a non-profit organization in Minneapolis. “I made a claim, submitted my receipts, and Allianz reimbursed the cost of my extra night in the city, saving me about $225.”

A reliable policy can cover something completely unexpected. For example, just before Nancye Van Brunt’s recent three-week trip to England, her husband lost his vision.

“We were not in a position to go on this trip,” says Van Brunt, a retired costumer from Cincinnati. “Our travel insurance ended up paying for almost everything. What this meant was that we were able to afford another trip.”

Situations such as these are the reason travel professionals always recommend insurance. Greg Geronemus, the co-CEO of smarTours, a New York-based tour operator, says about 70% of his clients buy insurance.

“Despite these high levels of participation, there are a lot of misconceptions about travel insurance, and even seasoned travelers underestimate the scope of different scenarios that it covers,” he says.

Basically, the travel insurance myths come down to this: Many travel protection policies cover far more than trip cancellation. They extend to medical emergencies and coverage overseas, trip interruption, baggage delay or loss, and they come with a 24/7 team to assist you.

Of course, there’s a reason travel insurance is so popular, if not necessary. Travel companies have become a lot less understanding and generous when their customers have to cancel. In some instances, the tightening of their cancellation policies has led to an uptick in insurance sales, which benefits the company. Cruise lines are the biggest offenders in that department.

Regardless of the reasons, you’ll want to consider a travel insurance policy for your summer trip. Otherwise, you could end up in this column.

• Changing your mind. Don’t want to take the vacation? Most insurance won’t cover you, but you can always go for a more expensive “cancel for any reason” policy, which would.

• Psychological or nervous disorders. If you can’t board a flight because you’re afraid of flying, you generally can’t file a successful claim.

• Partying too hard. If you had a little too much to drink the night before your return flight and missed it, don’t bother filing a claim. Intoxication is not a covered circumstance.

Christopher Elliott is the founder of Elliott Advocacy, a 501(c)(3) nonprofit organization that empowers consumers to solve their problems and helps those who can't. He's the author of numerous books on consumer advocacy and writes weekly columns for King Features Syndicate, USA Today, Forbes and the Washington Post. He also publishes Elliott Confidential, a critically acclaimed newsletter about customer service. If you have a consumer problem you can't solve, contact him directly through his advocacy website. You can also follow him on Twitter, Facebook, and LinkedIn, or sign up for his daily newsletter. Read more of Christopher's articles here.
59533