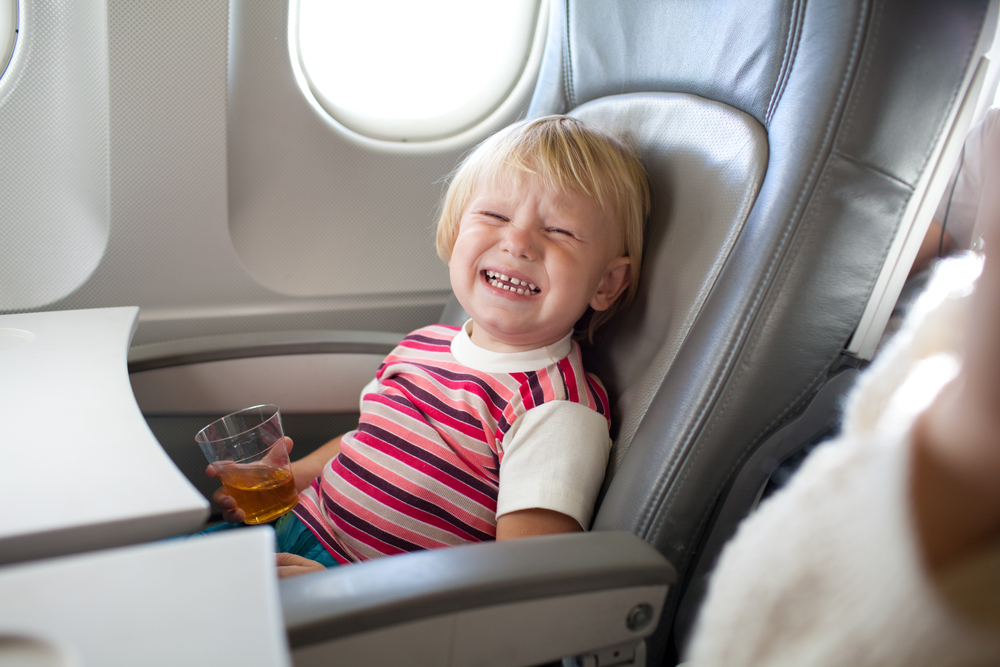 What is it with airlines and kids these days?

Whether it’s an air carrier trying to squeeze more reservation fees from families who want to sit together, crewmembers treating their littlest passengers like cargo or troubles with unaccompanied minors, it seems as if airlines have issues with their youngest customers.

This is one of those rare times when other passengers might approve of an airline’s actions. Who can forget the recent British survey that found 43% of air travelers consider crying babies the most annoying thing on a long-haul flight? Seven in 10 passengers even said they’d like to see child-free areas on planes.

But the child-unfriendly skies are absolutely no fun if you’re a parent. Consider what happened to Nicholas Nelson, a software engineer from Tampa, who was trying to get his son Chase, 13, and daughter Haili, 10, from Wausau, Wis., to Tampa on United Airlines. He paid a $300 unaccompanied minor fee, but less than 12 hours before the kids’ departure, United told him the children were not welcome on board.

Turns out United recently changed its policy on unaccompanied minors, restricting them from flights with a connection. Only two major airlines, American and Delta, still offer unaccompanied-minor service on connecting flights. But you’ll pay for it. Starting Wednesday, American will extend the $150 unaccompanied-minor fee to youths ages 12 to 14, in addition to children ages 5 to 11. The older kids used to fly at no extra charge.

“I’m hurt,” Nelson says. “My children are crushed. I tried everything, but United wouldn’t budge on anything more than a refund of the money I paid.”

I contacted United on his behalf, and the airline offered to reschedule his flights at no additional charge and cover his unaccompanied minor fee. It also issued a $500 travel certificate as a goodwill gesture.

How about those absurd seat-reservation fees? In the old days, your airline seat came with a reservation, but thanks to the miracle of “unbundling,” now it’s extra.

So when Mike Cohn’s family booked tickets on British Airways from Washington to Santorini, Greece, with their 8-month-old son, they found themselves in a difficult spot. They’d already paid for a seat for the infant, but now the airline wanted to charge extra to reserve a seat for the parents, even though at the time, the airline website said parents flying with infants would not have to pay for advance seats. The site has since been updated, Cohn says. Reluctantly, the family shelled out another $500 in reservation fees to make sure they were sitting with their infant.

“This seems totally illogical,” says Cohn, who works for a swimwear company in Campbell, Calif. “If you pay for an infant’s seat, you should be able to sit next to the infant.”

Normally, parents and their offspring separated by seat reservation fees are quickly reunited on the plane, thanks to gate agents and flight attendants who know their airline’s reservation policies don’t make sense. Before his flight, Cohn complained to British Airways, which apologized for the “frustration” with its policy and offered him a voucher for $324 as a “gesture of goodwill.”

Then there’s the case of Evelyn Tachau-Brown, who flew from Nice, France, to New York with her 18-month-old daughter, Eponine, this summer.

“A flight attendant chastised my family for the disruptions we caused by the crying of our baby girl,” says Tachau-Brown, who lives in Menton, France, and works for an energy company. After complaining to the airline, she received an apology from Delta’s partner airline, Air France. Since when is it OK to scold a passenger like that?

Put all of this together — the increasingly restrictive unaccompanied-minor policies, the reservation fees and the general treatment of some children — and it’s no wonder families don’t feel welcome on board anymore.

But why? Maybe kids are just unprofitable. On domestic flights, passengers younger than 2 can fly with a parent for free. On international flights, their ticket is a percentage of an adult fare. Babies don’t crave elite status or buy duty-free liquor, either.

To an airline, young passengers are also a hassle, which probably explains the recent restrictions on unaccompanied minors. No fee can cover the headache of losing one in a terminal, at least to an airline. They’re better off without the kids.

There’s an old saying that the measure of a society is found in how it treats the weak and helpless. By that test, the airline industry has failed.

How to fly with kids while keeping dignity

• Don’t blink. Airlines will try to sell you a “confirmed” seat reservation for your kids, but what they won’t tell you is that they’ll never let a flight leave the gate with a baby sitting alone. Don’t blink; call the carrier’s bluff.

• Fly with them. Airlines are making it increasingly difficult to send your children on a flight as “unaccompanied” minors. Travel with them, if possible.

• Prepare your kids. If your children know what to expect, they’re less likely to get an angry lecture by a flight attendant. Kids with plenty of food, games and a tablet full of movies are about as unlikely to act up as adults.