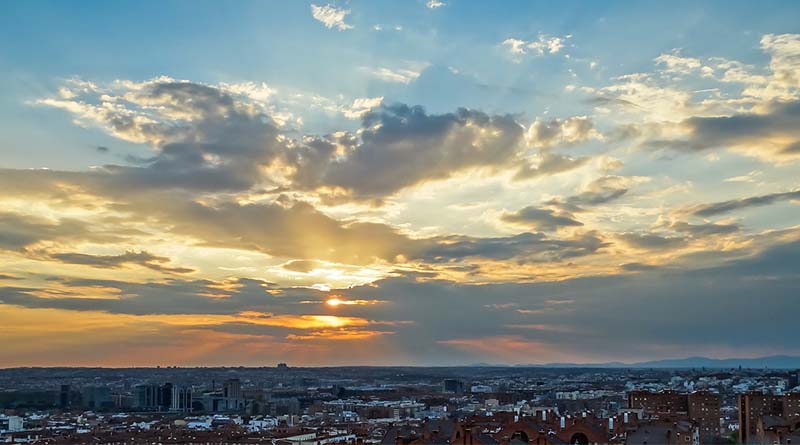 Catrina Smith is sure that the $2,231 she paid for her flight upgrade from Prague to Madrid was an Iberia error. After all, an unrestricted business class ticket booked at the last minute costs less than one-third as much — roughly $630. Something is wrong, she says.

“I was offered an upgrade in Czech Crowns for 60 euros [about $67],” says Smith. “I had done the same in Spain a few days earlier, and often do that. When I went to pay, something went wrong in their system and instead of charging me in Czech Crowns, I was charged 2,000 euros.”

This Iberia error case shines a light on a glaring double standard in the airline industry. It illuminates the path to a faster and more satisfactory resolution. And it’s a reminder to always read before you push the “accept” button.

How this Iberia error happened

Smith says shortly before her return flight from Prague to Madrid, Iberia offered her an upgrade to business class, which she accepted. When she discovered Iberia had billed her $2,231, she emailed Iberia, asking it to adjust her upgrade fee. A representative responded promptly, asking her to call.

“I called the company,” she says. “I was sent to multiple different phone numbers. Then I was told to go to the airport. At the airport, they agreed it was not right, printed me some information, and said that I have to file a complaint online.”

Whoah. What a runaround.

“I tried to give a complaint online on multiple computers and web browsers,” she says. “It does not work. I tried in Spanish and English. I tried calling and emailing again. No go.”

She even tried the Iberia executive email addresses on this site. No response.

“I tried to email the company again with all information,” she says. “They refuse to help. I have documentation for the phone calls, all emails, and the information given to me in the airport as well as screenshots of the nonworking complaint website.”

“I would like to get the money back they have basically stolen from me,” she says. “And I would also like to understand why their website for complaints will not work. I spoke to a colleague who told me he found the same problem with their website. In order to enter information on the English website, you had to type into a word document, copy the data, and then paste it into their website. Something is very fishy here. The email tells you to call, the phone number sends you to different phone numbers and then tells you to go to the airport, the airport agrees with you and tells you to make a complaint — but when you go to make a complaint, no go.”

What would happen if the roles were reversed?

So what would happen if the tables were turned? What if Iberia’s fare error had benefited Smith? Soon after discovering the error, the airline would cancel her fare and offer two options: Either rebook at a higher fare or accept a full refund. If Smith had nonrefundable hotel reservations or concert tickets, Iberia would not care and might not even apologize for the inconvenience.

Fare errors are a touchy subject on this site. If this had been an innocent fat-finger error that benefited Smith, we still might have helped her. If she was one of those travel hackers who found a mistake fare on a site called “Free Miles At A Time From The Wing,” or the “Miles Dude” of “Flyer Chitchat” we would probably politely decline to get involved. (Those are all totally fictitious names. Any resemblance to actual blogs is entirely coincidental.)

How to fix this Iberia error

It looks as if Smith went through all the right steps, and then some. Her paper trail reveals that she wrote, called, and emailed the company repeatedly. Something does, indeed, appear to be wrong with its English customer service form. It’s unclear if Iberia fixed it, even after I brought it to the airline’s attention.

I’m astounded by the exquisite bureaucracy Iberia has created around its refund process. Consider the steps she took:

By the time I got to her case, she’d already done the next thing: She’d filed a dispute with her credit card company. I don’t know if that would have worked. Based on Iberia’s previous responses, it may have fought the chargeback. And knowing what I know about how banks handle these types of requests, she probably would have lost. But it’s hard to say.

Smith is right about one thing — an upgrade to business class doesn’t cost $2,231. Not from Prague to Barcelona. That’s an obvious error.

What other errors were made?

Iberia wasn’t the only party that made an error. Upgrade offers such as the one it sent Smith are common, as she notes. A vast majority of them are accepted or rejected without any drama. But it’s incumbent on the customer to carefully review the fine print.

We’ve seen several recent cases where air travelers have bid on an upgrade without paying close attention to the price. Remember Thomas Ansberry’s case last month? He bid on an upgrade for his Icelandair flight from Cleveland to Reykjavik, Iceland, thinking it would cost him $35. The total came to $1,620.

Maybe a careful look at the upgrade offer would have revealed the currency conversion error. It’s hard to know because Smith didn’t take a screenshot. But if Smith had monitored her credit card charges, she might have caught the charges sooner — perhaps even before her return flight. She might then have been able to address the problem at the airport before flying in business class.

What does Iberia have to say about this $2,231 charge?

I contacted Iberia on Smith’s behalf. A few days after sending it more information on her flight, I received an update from her on this fare error.

I am pleased to inform you that today I received a notice from Iberia that stated that there was a mistake on their website. They say they will refund the full amount to the credit card. Thank you for all of your help.

A “mistake” on the website, huh? Well, I’m glad they finally figured it out.

But the mistake Iberia should really be worried about is its glitchy complaint form, which it did not fix. And another mistake that should be keeping its customer service team up at night is the ridiculous bureaucratic maze a passenger like Smith had to navigate to get help. With all the impressive technology we have today, can’t we figure out a way to quickly fix a simple overcharge problem?

Christopher Elliott is the founder of Elliott Advocacy, a 501(c)(3) nonprofit organization that empowers consumers to solve their problems and helps those who can't. He's the author of numerous books on consumer advocacy and writes weekly columns for King Features Syndicate, USA Today, Forbes and the Washington Post. He also publishes Elliott Confidential, a critically acclaimed newsletter about customer service. If you have a consumer problem you can't solve, contact him directly through his advocacy website. You can also follow him on Twitter, Facebook, and LinkedIn, or sign up for his daily newsletter. Read more of Christopher's articles here.
83819