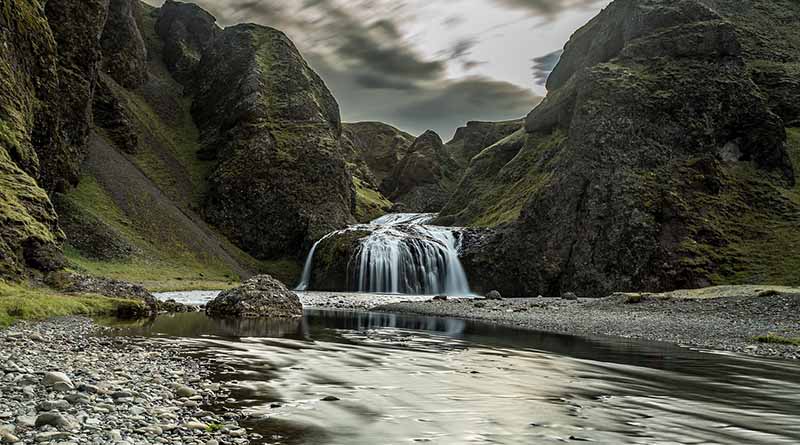 Thomas Ansberry bid on an upgrade for his recent Icelandair flight from Cleveland to Reykjavik, Iceland. But he paid a lot more than he expected and now wants us to help him get a refund.

Ansberry’s problem is all too common. Few people understand the arcane airline rules surrounding a bid on an upgrade or bother to read all of the fine print. His case is instructive for anyone who is tempted to bid for a better seat on an upcoming flight.

Ansberry and his wife planned to fly from Cleveland to Iceland in February. But Icelandair canceled their outbound flight.

“That forced us to use either New York or Toronto as our departure and return city,” he says. “We chose Toronto. We had to pay more to leave from this departure city closer to Iceland.”

It’s also a 4 1/2-hour drive to Toronto — a major inconvenience.

“A day or two before we left for our trip we were offered to upgrade to first-class via Icelandair’s bidding process, which I was totally unfamiliar with,” Ansberry recalled. “But it appeared to be simple enough.”

The Ansberrys could only imagine the upgrade to Icelandair’s Saga Premium cabin, which included priority boarding and check-in, better seats and all the amenities that come with it.

Icelandair says “yes” to his bid on an upgrade

When Ansberry arrived in Toronto, Icelandair texted him with some good news. “The airline sent us a congratulations message that we could be upgraded for just the difference between our airfare and our bid,” he says.

Since Ansberry was using his U.S. cellphone, which didn’t have a Canada plan, he claims he didn’t read the entire message.(Our advocacy team wonders how that’s possible, since he would have had to click the “accept” button — but maybe we’re missing something.)

Alas, had he checked the link when he bid on an upgrade, this is what he would have seen.

That’s still a decent deal for an upgrade, but not quite the same as $35.

“I’d like to stress that I never placed a $405 each bid and wonder how Icelandair can change my bid,” he says. “I felt Icelandair should have simply refused my bid and there would not have been this confusion, especially when we were out of the country and had no use of our cell phones.”

Ansberry says he and his wife are on a fixed income and don’t want to spoil their great credit scores by failing to pay their $405 upgrade fee. He thinks Icelandair should have rejected his bid instead of assuming he would pay $405 per seat.

“We need your help,” he adds. “Somewhere there should be a middle ground.”

How to bid on an upgrade

Icelandair calls its bidding system Class Up. It happens to be one of the best-known upgrading systems in North America.

According to the airline, if your flight is eligible, you will receive an email 10 days before you start your trip. You’ll receive a link so you can bid to upgrade your ticket from Economy to Saga Premium. Ansberry also could have checked his eligibility for Class Up by entering his name and booking number at the top of the Icelandair webpage.

These are the steps for using the bid process, according to the airline:

So what went wrong with Ansberry’s upgrade? He accepted the bid without reading it.

A closer look at Icelandair’s Class Up terms and conditions suggests that it might, indeed, be able to revise the bid amount — a kind of counter-offer. But it would be up to a passenger to accept it.

A few pointers about bidding on international flight upgrades

Sadly, upgrade confusion is common. Here’s another recent case we mediated. But there are a few useful takeaways from Ansberry’s case when it comes to bidding on an upgrade:

A thorough review of Ansberry’s paperwork showed there was no ambiguity about his bid. He had no written proof that he’d submitted a $35 bid or that it had been accepted by Icelandair. In fact, he signed off on a $405 bid, which the airline accepted. If it’s any consolation Ansberry and his wife said they enjoyed their upgrade. For us, though, it’s case closed, unfortunately.