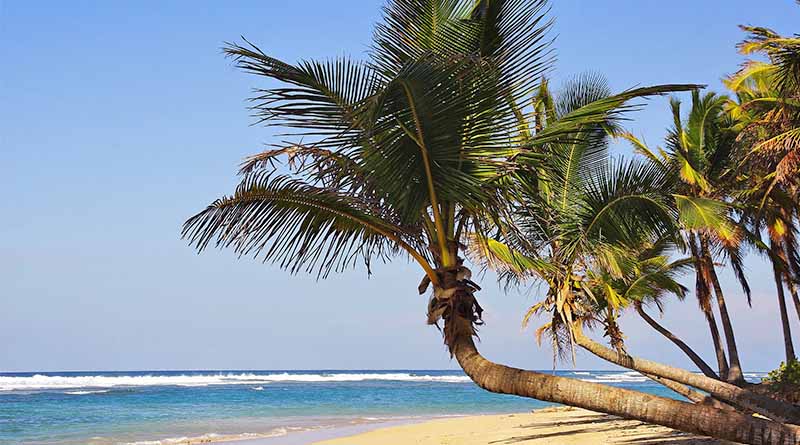 When American Airlines canceled Denise Medd’s flight from Punta Cana to Philadelphia, it quickly offered her a seat on another flight. But Medd and her husband accepted a seat downgrade from business class to economy. Should American refund the price difference between the seats?

Medd’s case may look simple, but it isn’t. It highlights two increasingly common problems my advocacy team faces: First, dealing with a separate division of a company or a third party; and second, understanding airline math.

You might think Medd’s party deserves a $1,000 refund, as she believes. But the truth is a little more complicated.

A canceled flight to Punta Cana and a seat downgrade

Medd and her husband were headed to the Dominican Republic for a long weekend last month. They’d booked a package through American Airlines Vacations, an independent company affiliated with the airline. All went smoothly on the outbound flight, and by all accounts, the couple had a great weekend enjoying the warm weather.

On the morning of their return, Medd received an automated call. American Airlines had canceled AA791.

“I called customer service and was told that our only option of returning home on March 24 was on AA794,” she says. “This flight had a departure time of 9 a.m. Since we had to be home for my husband’s shift as a cardiac nurse on March 25, we went into full panic mode to pack and sprint to the airport. We made it in time and were able to join flight AA794.”

The Medds had paid for business-class tickets and had confirmed seats together on their original flight. But on their new four-hour flight, they were in economy class, and they were also separated. That’s quite a seat downgrade.

“I contacted American that day to request compensation. They responded within a week and told me that they entered the refund request for the cabin downgrade,” she says.

Her compensation request included reasonable expenses incurred as a result of the schedule change and the fare difference.

A few frequent flier miles for the seat downgrade — but is that all?

Thank you for contacting Customer Relations, I welcome the opportunity to reply.

I apologize for the unforeseen cancellation of flight 791 which ended your vacation on a less than happy note and as I am sure you both understand, there are a variety of factors that affect airline schedules, and they simply cannot be guaranteed.

In some cases, schedule irregularities may arise so quickly that we have only a limited ability to provide advance notice. To ensure safety and the operational integrity of our schedules, then, we must routinely make changes. Still, you have our commitment that we will do our best to operate the airline on time — and, should that not be possible, we will work hard to minimize your inconvenience.

In regard to your change in cabins, I have submitted a refund request on your behalf. To check the status of a refund, visit www.refunds.aa.com. Please allow seven business days for the information to be available.

While we can appreciate your request, it is not our general approach to reimburse out of pocket expenses when we don’t operate our flights as scheduled. However, as a gesture of goodwill, I’ve credited 7,500 bonus miles to your AAdvantage® accounts. I hope both of you will be encouraged to give us another chance to serve you soon.

Five days later, American said she needed to contact American Airlines Vacations for her refund. So Medd sent another refund request to the airline’s tour division.

It never acknowledged the refund request.

“The fine print on my original American Airlines Vacations itinerary states that refund requests need to be made via mail or email and must be received within one month of travel origination,” she says. “That would be April 21. I am worried that American Airlines will never answer my requests.”

The problem with American Airlines Vacations

A case like this becomes even more complicated when an airline outsources its tour division. I spent quite a bit of time researching American Airlines Vacations’ ownership. From what I can tell, it’s all part of the same happy AA family. But when it’s handled by a third party, that can create a whole new layer of bureaucracy. For example, both Southwest Vacations and United Vacations are operated by another company, ALG Vacations Corp.

From a customer service point of view, the interaction between an airline’s main customer service department and a division that sells vacation packages should be seamless. If it isn’t, then it’s set up that way for the convenience of the company, not the customer.

But when American Airlines Vacations didn’t acknowledge her email, and with her deadline approaching, she had to worry. Chances are, her request was lost.

What is airline math?

Medd may have set her expectations for a refund a little high because she didn’t take airline math into account.

What’s airline math? Simply put, it’s when an airline calculates a fare or refund in a way that lets it keep as much of your money as possible.

How does airline math work? Well, for a passenger like Medd, it’s simple.

American Airlines would calculate the value of her business class fare at the time she booked it, as a cheaper advance-purchase fare.
On the day she’s bumped to AA792, it would calculate the value of her ticket as a more expensive walk-up fare. Walk-up economy class fares can be as expensive as — and sometimes even or more expensive than — an advance-purchase business class ticket.

When calculating the refund, it subtracts the difference between the advance-purchase business class ticket and the walk-up economy class ticket.

And that, my friends, is how airlines sometimes deny you any refund for a downgrade.

Setting your expectations for a seat downgrade and refund

I think it’s possible that American Airlines Vacations planned to return none of her money, and that it could have justified it using airline math. In fact, that may be why it never bothered to respond.

My advocacy team contacted American Airlines on her behalf. In response, she received the following, somewhat defensive answer.

We are sorry you did not receive an immediate answer to your email to us. Our Customer Relations department receives a wide variety of emails each day, many of which require research, investigation and/or conference with other departments. These emails are typically answered in the order in which they are received.

Although, we routinely send an acknowledgment message indicating that we have received your email, it may take us several business days to send you an actual response to the specifics contained in your email message. Again, we are sorry we did not meet your expectations for an instant reply.

It is completely reasonable for our customers to put flight dependability at the top of their list of expectations from us. For that reason, the on-time operation of our flights is one of our most important service goals. While the cancellation of your flight was unavoidable, you can be sure that we will continue our efforts to operate as scheduled.

Additionally, no doubt you were disappointed when you were not accommodated in the First/Business Class cabin as expected. You held a special rate First Class ticket for your return flight. As the result, a refund has been processed in the amount of $490.00USD ($245.00USD per person), to your credit card.

We wish you and your family a Happy Easter and welcome you onboard soon!

Translation: You’ll get about half your money back

Let me translate that: So sorry we didn’t get back to you instantly, as you expected. Here’s less than half your money back!

Still, Medd was delighted by this outcome. She expected to get nothing, but thanks to our intervention, she got something.

Maybe we can all benefit from her lessons about airline tour divisions, intramural disputes, and airline math. A little research on the inner workings of American Airlines and the logic-defying ways of airline math could help set your expectations. And maybe that’s the real lesson for the rest of us when it comes to refund requests like these. Set the bar low — very low — and you’ll never be disappointed.

Christopher Elliott is the founder of Elliott Advocacy, a 501(c)(3) nonprofit organization that empowers consumers to solve their problems and helps those who can't. He's the author of numerous books on consumer advocacy and writes weekly columns for King Features Syndicate, USA Today, Forbes and the Washington Post. He also publishes Elliott Confidential, a critically acclaimed newsletter about customer service. If you have a consumer problem you can't solve, contact him directly through his advocacy website. You can also follow him on Twitter, Facebook, and LinkedIn, or sign up for his daily newsletter. Read more of Christopher's articles here.
83320