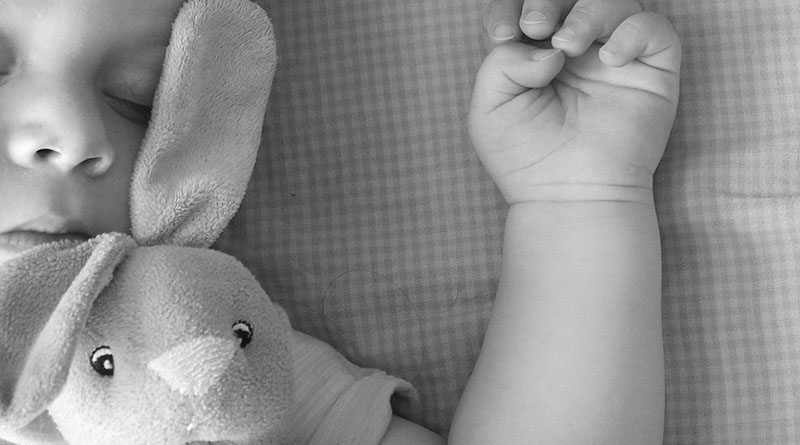 Isla Hale-Burgess’ son Jack is an “active” 18-month-old, so when she booked a flight from Seattle to London to attend a family wedding next month, one thing was clear: Her baby had to have his own seat.

She says she paid for an infant seat when she booked her flights on British Airways through Hopper, a popular flight-search app. But then she didn’t get one.

Parents who describe their kids as “active” — as Hale-Burgess did — know that if their offspring aren’t strapped in, they’ll run up and down the aisles, creating chaos. (Mine certainly did.) And it’s also safer than keeping your baby on your lap.

A week after buying the tickets, Hale-Burgess tried to make a seat reservation.

“That’s when I discovered Jack had been booked as a lap infant,” she says.

But I wanted my baby to fly in his own seat!

Hale-Burgess’s itinerary from British Airways showed she had a ticket for two adults, one child and one “infant in seat,” she says. But when she tried to reserve seats, she found that she only had three seats.

“We contacted Hopper,” she says. “They have no phone number and we can only contact them through their app. We received no response for several days, despite following up again.”

“And they were very clear in telling us they could not help, and that Hopper needed to contact their trade desk number. We passed this information to Hopper but heard nothing back,” she says.

(British Airways’ trade desk is a liaison between travel agencies and the airline.)

@hopper we are still waiting for you to sort out an infant plane ticket. It’s been 3 weeks and the price has more than doubled. Any update?

“They said they would look into the situation,” she says. “We have had many back and forth messages since then, theirs seemed very generic. Someone eventually called my husband and said that Hopper cannot technically do any more — that the mistake in the infant booking is due to British Airways and that they cannot change it.”

“The answer is always the same,” she says. “Hopper needs to call their trade desk to sort this out. ”

Hale-Burgess knew that having a seat for Jack was important. But did she know how important?

Let me fill in some of the gaps:

By the way, if you read the reasons for Safety Recommendation A-95-51, you will never put your baby on your lap again. Remember the crash of USAir flight 1016 in 1994? On that plane, a nine-month-old infant who had been held on her mother’s lap sustained fatal injuries. The child’s mother was unable to maintain a secure hold on the child during the impact sequence, and the child struck several seats. Tragic.

So, good for Hale-Burgess for trying to do the right — and the safe — thing for Jack. But British Airways and Hopper? Not so good.

How to fix this problem?

I reviewed the paper trail between Hale-Burgess, British Airways and Hopper. It was exactly as she described. Each party was trying to blame someone else for the problem.

In the end, Hopper tried to build a new reservation for her family. But as a Hopper representative explained:

This was our initial plan, however the type of booking that we needed to make wasn’t so simple.

There are many different systems that airlines use to make bookings, and the one that this one is on (denoted by a Z) is the most complicated. We are not able to simply make a booking, we have to go through different channels in order to do so.

With all this said and the discussions I have had with my supervisors, we are able to offer the $176 via Paypal for all this trouble which will have Jack as a lap infant.

Let me translate. British Airways has various booking systems and fare basis codes that it uses when making reservations. It appears the Hopper representative is referring to a system issue, since the basis code “Z” is used for first-class travel, and Hale-Burgess and her family were flying in economy class.

Anyway, the replacement seat would cost more than $1,000, so the $176 credit, while welcome, was not enough.

Hale-Burgess could have reached out to the executives at British Airways for a resolution. I publish the names, numbers and email addresses on this site.

How to fly with your baby in your own seat

Hale-Burgess might have avoided these problems. Here are a few strategies for flying with your baby:

And what if crewmembers don’t care? Appeal to your fellow passengers. No responsible passenger would want a toddler roaming the aisles during a flight. Sometimes, you just have to explain the consequences. They may help.

In the end, Hale-Burgess and her family got seats together. Our advocate Dwayne reached out to Hopper. It reviewed its notes on her case.