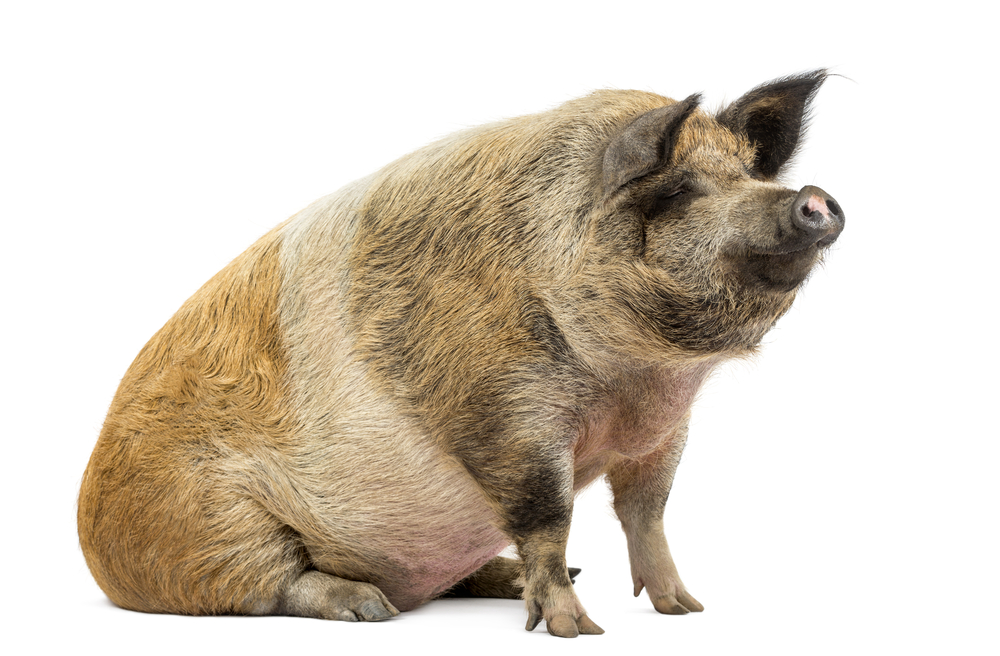 Pigs can fly. At least on US Airways.

During Thanksgiving week, you may have heard the remarkable story about a passenger who packed an oversize “emotional support” pig on a flight from Connecticut to Washington. The duo didn’t get far after the barnyard animal defecated in the last row of the cramped regional jet. The crew ejected both passengers before taking off.

But it isn’t as remarkable as the oinker that actually flew on US Airways 14 years ago. That time, the animal departed on a six-hour flight from Philadelphia to Seattle with its human companion. In first class, no less. After the plane landed, several hundred pounds of pork reportedly wiggled free of its restraints and ran amok, squealing loudly and trying to break into the cockpit.

Back then, a US Airways spokesman promised: “It will never happen again.”

Mistakes happen when you travel. Some of them are obvious and embarrassing, like allowing livestock on a plane. Others, you might not even know about. But if there’s one thing worse than making them, it’s failing to learn from your travel transgressions. Or not being allowed to.

Loss can be a great teacher. And who hasn’t misplaced something on a trip — a tube of toothpaste, a favorite toy, a purse? Traci Fox, a college professor from Philadelphia, took her lesson to heart. So, when she lost her wallet on a recent trip to Chicago, she knew what to do. She pulled out her smartphone and logged onto an app called 1Password, a vault for her passwords and credit card numbers.

“In under 15 minutes my ATM and three credit cards were canceled,” she says.

Steven Warrick, a purchasing manager who lives in Berlin, learned an important lesson when he booked a flight on Air France but failed to notice the seat configuration on the Boeing 777. He was squeezed into an uncomfortable seat 17-inches wide.

“They really pack people into this plane,” he said with a sigh.

On future flights, Warrick checks the aircraft type on Seatguru.com, which helps him select a plane with more generous seat room. Another new site, Routehappy.com, promises to bring back the “glamour days” of flying by letting you choose a route based on seat comfort. Being wedged into a tight economy class seat, adds Warrick, “was a great learning experience.”

Sometimes, you make mistakes you’re not even aware of. I’ve been testing a new app called Automatic ($99 on iOS) that connects my smartphone to the computer inside my high-mileage 2005 Honda Accord. Like most men, I think I’m an awesome driver. So I often tune out the three kids in the back when they offer their commentary because, well, what do they know about good driving?

Maybe I should listen to them. Automatic scores you for each trip, dinging you for behaviors like sudden braking and acceleration, or driving faster than 65 m.p.h. It sends you a helpful notification whenever you’ve been less than perfect. And according to Automatic, I’m less than perfect. I tend to speed on the highway. And I’ve made one or two sudden stops.

But the app is doing something interesting: It’s dispassionately displaying my driving mistakes and encouraging better behavior. That’s something no nagging navigator or backseat driver could do, thanks to my pigheadedness.

All of which brings us back to those piggies on US Airways. I wanted to know why, after promising to never let swine on a jet again, the airline would cave on this issue. The answer? The government requires airlines to allow emotional support animals, including pigs, on planes. In other words, even if its internal policy against porcine passengers had been in place, US Airways had no choice.

“On this case in particular, we followed our policies both in boarding and removing the animal,” says airline spokesman Joshua Freed.

What about that pledge made in 2000 — never again? I contacted someone who worked at US Airways around the time of the incident and he told me the US Airways of today is a different airline. It recently merged with American Airlines and any memos that might have been circulated that said “NO MORE PIGS!” are long forgotten.

So, next time something bad happens to you on a trip, remember the flying pigs. Learn from your mistakes, and don’t forget them.

How to avoid the most common mistakes

Plan ahead. The most common travel mistake is failing to plan ahead. Read your itinerary, double check your hotel reservation, and call ahead to make sure the ferry is running during the holidays. A little advance legwork can save you a lot of trouble.

Hire a pro. If you’re prone to making mistakes, like forgetting to apply for a visa, then consider hiring a travel professional. They can make sure you’re good to go. You can find a lot of great agents at the American Society of Travel Agents site, asta.org/travelagent.cfm.

Know who to call. When something goes wrong, you can turn to your agent. Or you can contact me. I advocate for consumers every day on this site.