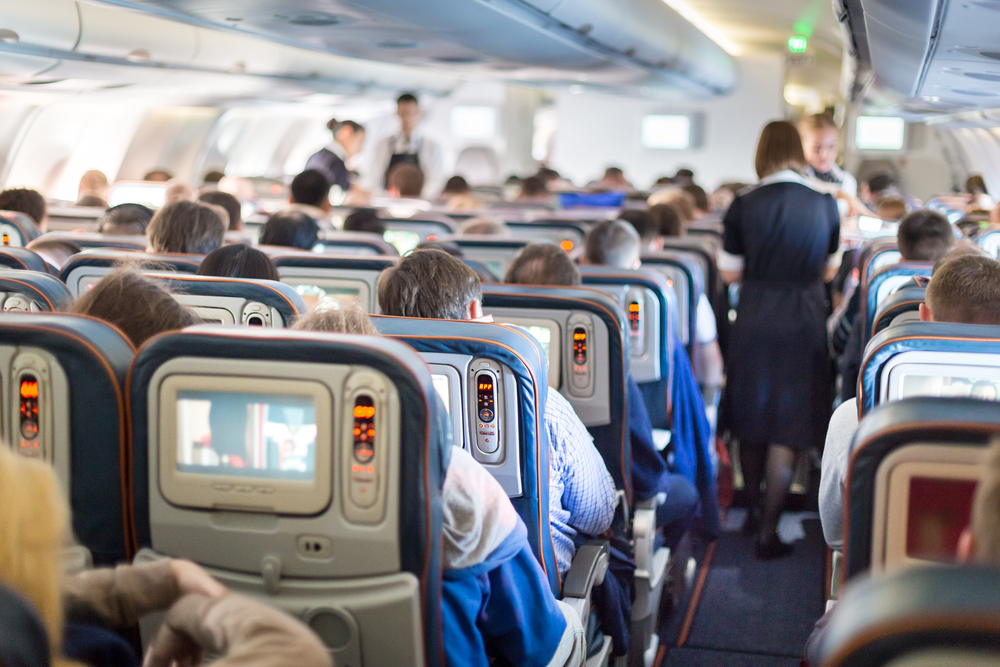 Big airlines are working hard to make their economy-class sections more “competitive” with discount carriers. Seats are getting smaller and service is scarce. There’s even a name for this new airborne experience: “last class.”

“The airlines used to brag about flying the friendly skies,” says Kendall Creighton of the consumer advocacy group FlyersRights.org. “But that happy slogan has been corrupted into flying the abusive skies.”

How bad is it?

American Airlines recently announced that beginning next year, it will offer tickets with “less frills” but a “really cheap price” in markets where it competes with discount carriers such as Spirit and Allegiant. Delta Air Lines already offers something similar — what it calls “basic” economy class tickets, which allow no changes, refunds, upgrades or advance seat reservations.

That’s not much of a ticket.

Although the airlines haven’t officially created a formal fourth class of service yet, they’ve done so informally by scooting their seats closer together, a move politely referred to as seat “densification.”

But the worst part? They’ve made travelers feel like second-class citizens from the moment they book their ticket until they leave the airport.

“The airlines have turned what was once a fun, exciting and pleasant experience” into a painful slog, says Pablo Solomon, an artist who lives in Austin.

The lack of service in last class is the most troublesome, passengers say.

Helen Kueter, a retired nurse from Cedar Rapids, Iowa, remembers a recent flight from Chicago to Dublin that was supposed to leave at 5:25 p.m. But mechanical problems kept pushing the departure back. At around midnight, airline representatives announced the flight had been canceled.

Where’s all this headed? Well, Juliette Coulter just experienced the future of air travel when she flew from San Diego to Los Cabos, Mexico, on Spirit Airlines. She felt nickel-and-dimed for everything “from carry-on luggage, checked bags, beverages and snacks, to in-person check-in,” says Coulter, who runs a marketing firm in Dallas. “When we had to change our tickets, they charged us more than $200 for just one leg.”

To be fair, some people say the downgrades make perfect sense. “Last class exists because the airlines are a business,” says Phil Derner, Jr., founder of the industry news site NYCAviation. “The airlines that really need to meet their bottom line in a big way are going to push the limits of what they can get away with, and those particular airlines do so because their passengers allow it by patronizing them.”

Airlines say people like Coulter deserve last class because they asked for it. Over and over, passengers like her, Kueter and Solomon have voted with their wallets by booking the cheapest tickets they can, they insist.

But that’s pure spin. No one asked to have the seats wedged together, to have an airline ticket eviscerated to the point where it’s almost unrecognizable, and to be abused by an underpaid cabin crew. No one asked for last class.

The fix is easy. Most of the complaints would vanish if these last-class passengers were treated with a little respect. They can almost tolerate the cramped quarters and the fees for everything, but at least treat them like people. Bring back a little civility to the plane.

And if airlines can’t figure out what constitutes a reasonable amount of legroom, personal space and service, then perhaps our government regulators can help them.

How to avoid ‘last class’

• Don’t automatically book the cheapest flight. There’s usually a reason it’s priced so aggressively. Odds are, the airline will try to make up for it by shrinking the seats or adding “gotcha” fees to the ticket price.

• Buy a flight on an airline that doesn’t treat you like cattle. Southwest Airlines and Virgin America are the most egalitarian among domestic carriers. Singapore Airlines and Emirates have a reputation for flying planes with no last class in them.

• Know your rights. Although you don’t have a right to a comfortable seat or friendly service, at least according to the law, you do have the right to compensation when something goes wrong. For example, Kueter should have received a hotel room for her mechanical delay. Find out more from the Transportation Department’s Fly Rights brochure, which you can find online at airconsumer.ost.dot.gov/publications/flyrights.htm.