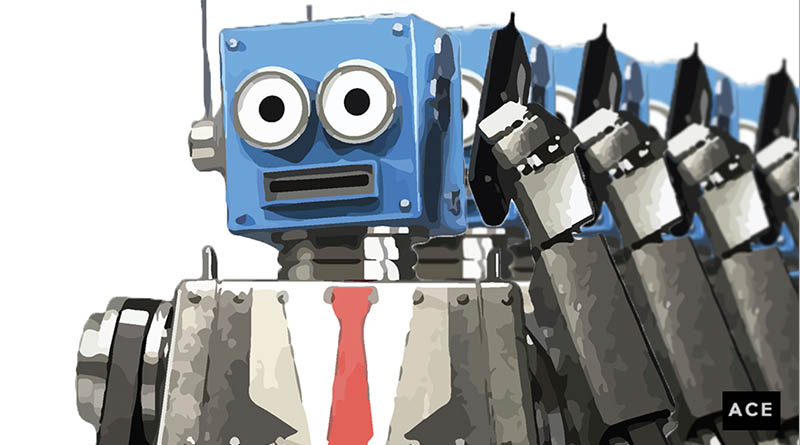 Brenda Avadian is one of the 226 million Americans whose phone number is on the Federal Do Not Call Registry, an opt-in database of people tired of being harassed by unwanted, and usually automated, telemarketing calls, commonly known as robocalls.

“I’ve been on the list for the last 12 years,” says Avadian, a consultant who lives in Pearblossom, Calif. “Yet we continue to receive calls.”

Does the Federal Do Not Call Registry stop robocalls?

There are the cheerful, prerecorded messages hawking the latest scams like timeshares, too-good-to-be-true investments and “free” cruises. There are the political ads. Other calls simply start with a long pause — long enough for her to know it’s an automated sales call and to hang up.

And, at least for now, her story ends in frustration.

“I no longer answer the phone unless the number is identified on caller ID,” she says.

It doesn’t have to be that way. The Federal Communications Commission has formed a Robocall Strike Force, an industry-led group tasked with developing ways to detect, filter and prevent unwanted robocalls. The agency is encouraging phone providers to develop better call blocking options and is working to identify “bad actors” who unleash millions of automated calls on unsuspecting consumers like Avadian. But it’s a work in progress, as noted in a report to the task force. The Do Not Call List is no magic bullet, offering exemptions for political ads and routinely ignored by renegade robocallers.

If you want help now, you have to help yourself.

The government’s latest Do Not Call Registry Data Book, a registry of information about the database, suggests there are a lot of folks like Avadian. Complaints to the agency about unwanted telemarketing robocalls soared from just under 3.6 million during fiscal 2015 to more than 5.3 million in fiscal 2016. Meanwhile, membership in the registry ballooned to more than 226 million actively registered phone numbers, up from 223 million at the end of fiscal 2015.

“Spam calls are getting out of control,” says Tony Anscombe, a senior security evangelist at Avast, a Prague-based company that develops security software.

In a recent one-month period, Avast measured 4.3 million unwanted calls made to its own customers by 170,000 telemarketers. The company develops call blockers for cell phones that allow you to block telemarketers and other unwanted contacts in your address book while still protecting your privacy. It’s just one of several solutions that may save you from the coming robocall apocalypse before the federal government can.

Bikram Bandy, counsel to the director the FTC’s Bureau of Consumer Protection, says robocalls have become an “epidemic.”

“We have more complaints than we’ve ever had, and the trend line has been going up,” he says. “Consumers are receiving an unacceptable number of unsolicited calls.”

But a solution isn’t easy. The government tried enforcement, bringing several high-profile cases against the most flagrant offenders. But that just pushed the operations overseas, to places where American authorities could not always reach.

A second limiting factor is technology. Conventional phone lines don’t have sophisticated blocking technology and are easily foiled by robocalling software. The FTC has responded by sponsoring competitions to develop better technology, but adoption rates have been slow, and haven’t kept up with the cutting-edge technology used by robocallers.

American consumers — and particularly those with landlines — are at a disadvantage. And while some cell phone platforms have offered blocking tools for a while, Apple only recently opened its iOS operating system to those who want to block callers.

“We’re trying to continue to push industry to make the technology better,” adds Bandy. “If Americans can put the spam filter on the phone, that’s going to be a game changer.”

How to fix it now

There are ways to avoid spam calls. The best solution, of course, is not to answer the phone — at all. You can allow the call to go straight to voicemail and connect a transcription service like Google Voice. I’ve used that solution for several years and it works. Voice allows you to send an email to your inbox with a transcript, letting you decide whether to return the call or not. Robocallers don’t stand a chance.

When someone dials Werner’s number now, they’re greeted with a recording that says, “The number you have reached does not want to accept calls from telemarketers. If you are a telemarketer, please add this number to your do not call list and hang up now. All other callers may press ‘8’ if they wish to complete the call.”

“We haven’t had any telemarketers,” she says.

Other ways to avoid Robocalls

If you have an internet voice over IP (VOIP) phone, you have access to more sophisticated options. When Lynne Nabors, a retiree from St. Louis, registered her phone on the Do Not Call registry, it “worked like a charm” — at first.

“But unfortunately the industry found all kinds of ways around. During the election season I was getting 8 to 10 calls or even more a day,” she says. Her solution? A filtering service called Nomorobo, which costs nothing for VOIP phones and $1.99 a month for an iPhone version. Nomorobo uses a feature known as “simultaneous ring” that allows a phone to ring on more than one number at the same time, and allow the service to filter out unwanted calls.

“It was wonderful,” she says. “Peace reigns supreme at my house again.”

Other solutions, such as Ooma, a VOIP phone service, come with call blocking preinstalled. Ooma claims to have blocked more than 36 million telemarketer and other unwanted calls in the past two years. And just last week, AT&T introduced a new app, which qualified mobile customers can download and use at no additional charge, that filters spam calls. The service, called Call Protect, issues a warning before you pick up a call from telemarketers, politicians, or debt collectors.

But the rise of robocalls can’t be ended with only technology. “Our state and federal governments need stronger laws against robocalls and scams,” says Janet Heller, a retired English teacher from Portage, Mich., and a frequent recipient of unsolicited calls. “Punishments may deter the people who torment citizens with robo-phone calls and scam calls.”

No two ways about it, though: This problem may get worse before it gets better.

“The rise in unwanted calls is staggering,” says Jan Volzke, a vice president at Seattle-based Hiya, a company that develops call blocking and caller ID services. “There is no evidence that the robocalls problem is going away.”

Victims are slowly fighting back, but it will take widespread adoption of the technology and a few more innovation cycles before the robocallers call it a day. In the end, rising costs — not fear of law enforcement and certainly not fear of upsetting consumers — are likely to drive them out of business.