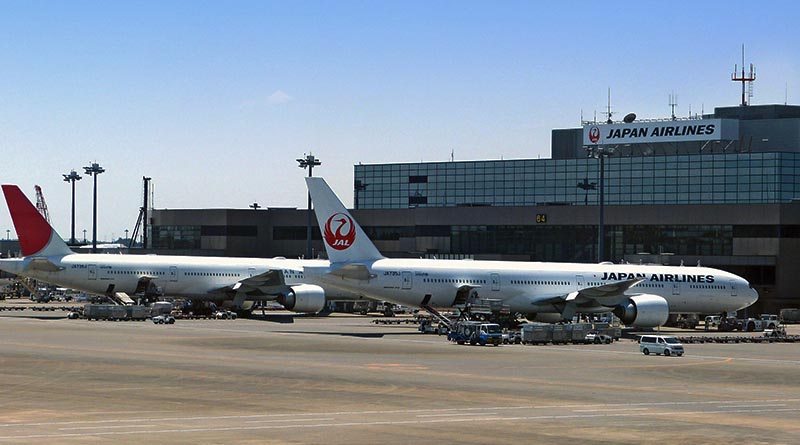 Does Matthew Wood deserve a full refund from the European online travel agency GotoGate for a schedule change of only 15 minutes? That’s how much time Japan Airlines changed his schedule.

Wood thinks so. His agent, GotoGate, says so. But it’s been 13 weeks since the online agency promised a refund — and he’s still waiting.

Wood’s case is weird. He asked for a refund for something my advocates and I would normally advise you to just accept — a 15-minute schedule change. Remarkably, even though he probably wasn’t entitled to a refund from GotoGate after the schedule change, the company sent him a promise for it in writing. So do we hold GotoGate to a promise it shouldn’t have made?

A small schedule change and a big promise

Wood, a teacher who works in Kikugawa, Japan, had booked a flight back to the U.S. in October through GotoGate. Japan Airlines then made a small schedule change, prompting him to contact the online agency.

“I was assured by two employees that I will get 100 percent refund minus credit card fee in two to eight weeks,” he recalls.

But 13 weeks later, unsurprisingly, there was no refund.

“I call them all of the time demanding my money back and they only say they will escalate my request to their refund department and please wait 24 hours, 72 hours, or week,” he says. Nothing happens. They claim they are waiting for the airline to give them the money back.”

Wood has also called Japan Airlines several times to ask about his refund.

“They have told me that they didn’t take the money from GotoGate,” he says.

In other words, the online agency still has his money 13 weeks later.

About those schedule changes

In the United States, to qualify for a refund because of a schedule change, the change must be significant. And a refund isn’t automatic.

Take United Airlines, which outlines its rules in its contract of carriage. A change of less than half an hour doesn’t even warrant a mention. Anything over half an hour still isn’t guaranteed a refund.

The airline will, at its discretion:

Provided that the dates of departure and arrival must be within 7 days of the originally scheduled dates of departure and arrival, respectively, transport the Passenger on its own flights, subject to availability, to the Destination, next Stopover point, or transfer point shown on its portion of the Ticket, without Stopover in the same class of service, at no additional cost to the Passenger;

When a Schedule Change results in the cancellation of all UA service between two cities, at UA’s sole discretion, UA may reroute Passengers over the lines of one or more carriers in an equivalent class of service;

Advise the Passenger that the value of his or her Ticket may be applied toward future travel on United within one year from the date of issue without a change or reissue fee; or

Phew. That’s a lot of rules.

Why did GotoGate promise a refund for this small schedule change?

Japan Airlines doesn’t address a schedule change like Wood’s in its international conditions of carriage or in the refunds section on its website. If there is a rule at Japan Airlines, it is probably an unpublished policy.

Bottom line: When a schedule changes, airlines do offer refunds on a case-by-case basis. It’s always best to ask the airline directly if you qualify. Your travel agent should know, too.

Interestingly, GotoGate didn’t just promise Wood a full refund by phone. It also did so in writing.

Your flight with the booking number WKU6QU is now cancelled due to the time change that has happened. The money will be refunded to your credit card. Please note that the service package and any credit card fee will not be refunded.

We are handling all refund matters in turn and in present time the handling time is around 2-8 weeks.

So that left my advocacy team with a dilemma. We know that it’s unlikely that Japan Airlines would authorize a refund for a 15-minute schedule change. Yet Wood’s agent assured him that he would, indeed, get his money back.

Now it appeared GotoGate wasn’t doing what it shouldn’t have promised.

Do we hold them to it?

Reaching out to GotoGate

GotoGate is a European online agency owned by Scanworld Travelpartner AB, which is owned by Etraveli AB. It claims to fill the equivalent of 140 Boeing 737s every day, and while that may be true, it also fills the internet with complaints. It has its own Facebook hate-page and more than a few posts from unhappy customers. I’d like to give GotoGate the benefit of the doubt. If these complaints are just outliers, then it will try to make this right for Wood — even if it’s a mistake.

Contacting GotoGate about this missing refund

In response, a company representative said it “regrets the problems” Wood experienced.

Looking at the reservation, the customer was in contact with us the 23rd of October to cancel their booking due to a schedule change of 15 minutes.

As the change was quite small, we needed to contact the airline to have them to authorize the refund. The airline informed us the 25th of October that we had to apply for refund to the airline, which can take up to 16 weeks before it’s authorized.

Unfortunately, the customer was misinformed by our agent, that the refund would be processed within 2-8 weeks.

It’s nice of the online agency to take responsibility for its mistake. But really, Wood shouldn’t have ever asked for a refund for a 15-minute schedule change in the first place. And GotoGate never should have offered him one.