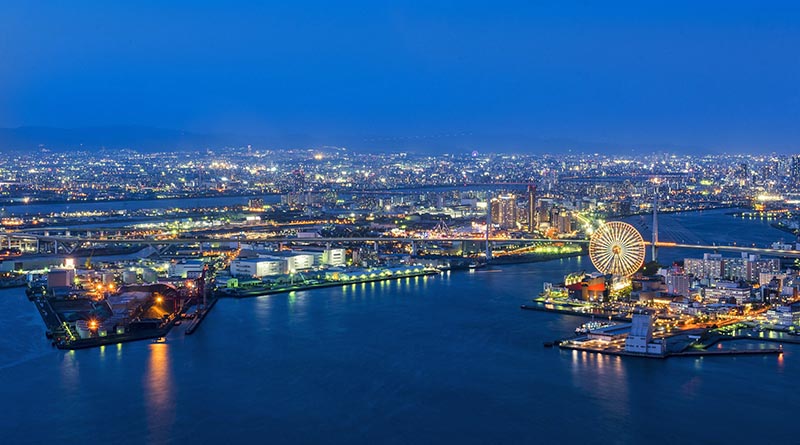 Siddharth’s case is a reminder that no matter how right you are — and how polite you are — you can still lose money in the wacky world of travel. Sometimes, you need to take it to the next level, whether you deserve an Agoda refund or any refund.

They billed his Amex card for nothing

Siddharth contacted me recently because his usual methods for resolving a customer service dispute didn’t work. He’d booked a reservation at the Imperial Hotel in Osaka, Japan, through Agoda.

“I called the Imperial Hotel in Osaka, spoke with the manager who told me they had no reservation either under my name, or the Agoda booking number I received via an email from Agoda,” he says. “The manager told me, if the reservation had been made, she would gladly refund my Amex, as per their policy.”

Siddharth phoned Agoda for an explanation.

“Agoda said, The booking had been done for them by a third-party agency in Japan,” he says.

Agoda contacted the third party, which agreed to process a refund.

Around and around we go with Agoda and Amex

But Agoda never processed the refund.

“I again contacted Agoda, this time via email — I could not reach them again by phone, after multiple tries,” says Siddharth.

Agoda just said the same thing. The booking had been done on their behalf by “a third party in Japan.” This time, a representative recommended that Siddharth try to contact the Imperial Hotel in Osaka.

“I called the Imperial, and the manager again confirmed that no reservation existed,” he says.

When Siddharth saw the billing come through his Amex card, he placed an alert on the charge.

“When the charge posted, I opened a dispute,” he says. “I explained the situation to Amex and was told not to worry, that they would take care of it. I was confident Amex was protecting my account. This is the reason I trust Amex, and use my Amex card for nearly every purchase I make on a daily basis.”

“Several weeks passed, and Amex eventually sent me a message that they had received documentation from Agoda, had closed the dispute, and were reposting the charge to my account,” he says. “Amex attached a copy of the original charge and the cancellation page done within hours of catching the original charge. Agoda never sent any other supporting material or documentation.”

Siddharth sent Amex his paper trail with Agoda and with the Imperial Hotel. And he asked them to reopen the dispute. He thinks he knows why the dispute didn’t go his way the first time.

“The Amex rep I spoke with originally had incorrectly listed the reason for the dispute as a cancellation,” he says. “This error was repeated over two dispute cycles.”

By the time he reached out to me, the dispute had gone back to Amex a third time. It was again under review. This time, Siddharth asked Amex to correct the reason for the dispute as “Services/Merchandise Not Received.”

“I have also suggested Amex may wish to follow up with the Imperial Hotel, to confirm a reservation was never made in my name,” he says.

I reviewed the entire paper trail between Siddharth and the companies and quickly determined he should have received a refund months ago. Siddharth followed our methods for a successful resolution, at least on paper. He was patient, persistent, and polite.

“Each time I have called Amex, I have been unfailingly courteous, and they have been unfailingly polite and professional,” he notes. “They have reminded me each time of Amex’s legendary customer service. And I have reminded them of my loyalty. Each time, I remind the customer service rep that this is the reason I carry an Amex card: to be protected from services or merchandise that was never delivered, and against fraudulent billing by third parties.”

It appears Agoda is treating this as if it’s a guest cancellation. So let’s take a look at the terms that might apply.

Cancellation and Change Policy: Any cancellation received within 45 days prior to arrival date will incur the full period charge. Failure to arrive at your hotel or property will be treated as a No-Show and no refund will be given.

They’re different from the hotel’s policies, posted on its site, which apply to reservations made directly through the property.

Agoda’s published terms are slightly different. Unless specifically mentioned otherwise in the cancellation policy, Agoda does not charge a processing fee for cancellations.

Any cancellations received after the due date are subject to a minimum of a one-night night cancellation fee, unless you are notified otherwise in the confirmation email, it notes. In other situations, Agoda defers to the hotel policy:

Any changes to your reservation must be made through Agoda and not directly with the hotel. This applies to change of dates, extension of stay, early check out, delay of arrival or cancellation in full or in part. Any problems or questions on your reservation prior to arrival or during your stay at the hotel should be directed to our Agoda Customer Support Specialists.

In other words, based on the way this case is dragging on, it seems someone somewhere thinks Siddharth just made the reservation and then changed his mind about visiting Osaka.

I really wanted to press Amex on this. Why aren’t you helping a long-time customer with what should be an easy dispute? But the truth is, this should have never made it to a dispute. Agoda should have sorted this out weeks ago.

I’m not letting Amex off the hook. The company says it will take care of customers like Siddharth.

“We promise to understand, respect and back our customers, and help them on their personal journeys. Because when our customers thrive, so do we.”

How can Amex justify this rejected dispute and two appeals, one of which was still in progress?

I contacted Agoda on Siddharth’s behalf. It reviewed its notes on the case and issued a $256 refund without explaining what had gone wrong. That leaves my advocacy team and me to speculate. And I can assure you, we have very active imaginations.