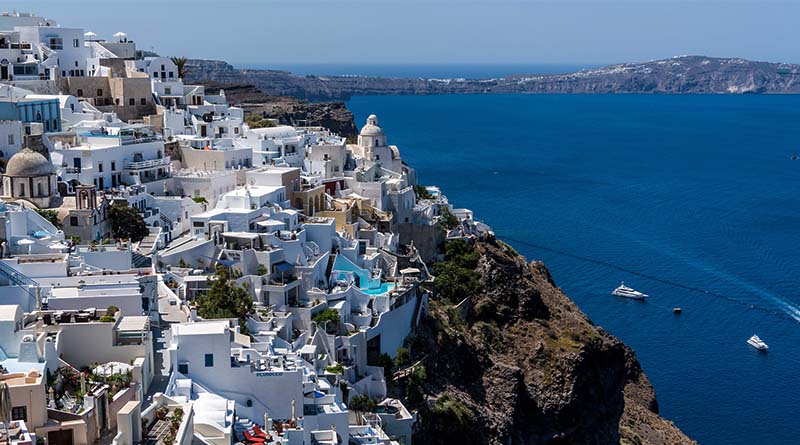 Bridget Burke’s family vacation to Greece goes off the rails when someone cancels her tickets home. Now she’s asking if she has to pay for the airline’s mistake.

I recently booked round-trip tickets from Boston to Santorini, Greece, through Expedia for a family vacation. British Airways delayed our outbound flight to London and rescheduled us on a flight through Athens to Santorini.

Our return flight from Santorini to Boston via Madrid didn’t go as planned. When we arrived at the airport, one of my sisters could board the flight, but two of us couldn’t. An airline representative told us our tickets were “canceled” and the ticket agent showed us her computer screen and it would not allow her to ticket us and or issue boarding passes.

My father was on the phone with Expedia for over six hours. During this time, my sister and I were sitting at the airport with no idea as to how we were going to get home.

We received no support from the airline or Expedia. Both Expedia and Iberia blamed each other for this mistake, and no one took responsibility for their actions. Eventually, Expedia told us that it appeared the ticket numbers had been changed, which caused the tickets to show up as canceled.

However, Expedia would not rebook us on a flight home. Instead, Expedia said we would have to wait 48 to 72 hours so they could research this issue with the airlines. This was not an option.

I paid $4,076 for a new flight back to Boston. This experience caused extreme stress, financial woe, angst and distress as it split up a family. I don’t think I should be responsible for the airline’s mistake. Could you help me get a refund for my tickets? — Bridget Burke, Scituate, Mass.

Expedia should have helped you get home. After all, it was your online travel agent. Shouldn’t it take responsibility when something goes wrong?

You and your sisters experienced a delay on your outbound flight. That’s not unusual. But it looks as if British Airways made a mistake. It rebooked your flights without letting Iberia or your travel agent know that you were still coming to Santorini. That left Iberia assuming you’d stayed in Boston, and it canceled your return flight, which is a standard airline policy.

Here’s where things break down: Expedia should have taken a quick look at your itinerary and rebooked you on a new return flight, no questions asked. Not making you wait 48 to 72 hours.

Whenever there’s a schedule change like the one you experienced, you have to be prepared for something like this. You checked in online 24 hours before your flight, and everything looked good, but a call to the airline might have revealed the problem.

Correcting the airline’s mistake — at no cost to you

I’m so proud of how you handled this! You asked an Iberia representative to give you a written notification of the mistaken cancellation. That way, you had proof that British Airways’ mistake had led you to be denied boarding on your flight home. After several hours, you made arrangements to return on your own but kept a complete paper trail.

I publish the executive customer contacts for Expedia on my consumer advocacy site. You could have reached out to them for help. But I think you had already given the system a chance to work, and it didn’t. (Your trip happened in August and you contacted me a month later. Apparently, Expedia was still “researching” your tickets.)

I contacted Expedia on your behalf. The company refunded your original tickets to Greece, plus the new ones you had to buy.