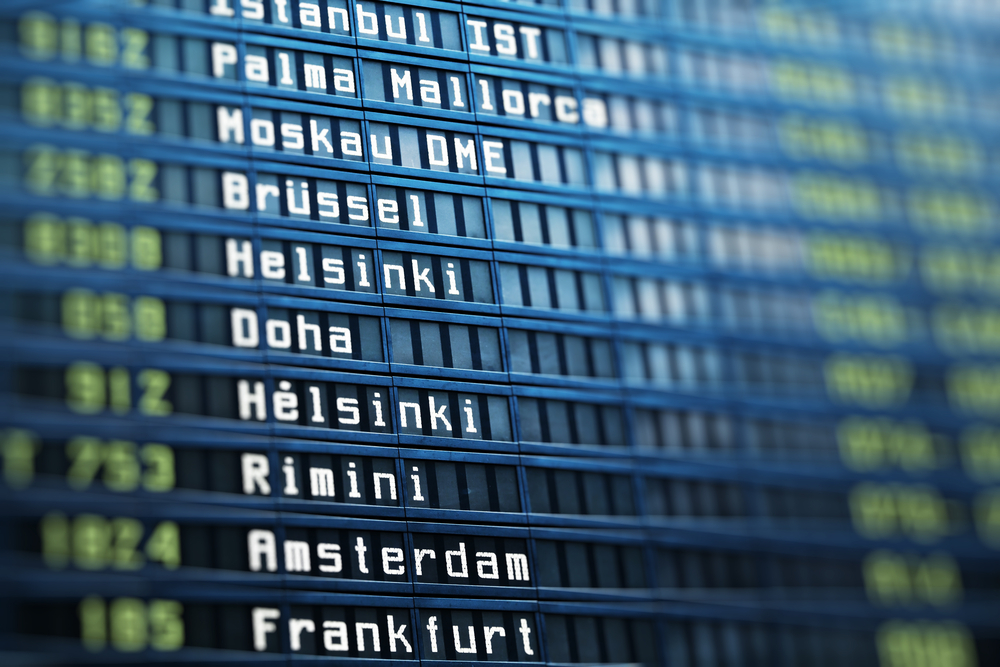 Ever wondered if you’re getting the lowest airfare or the best possible routing when you buy a plane ticket? Of course you have.

When Shaheed Sabrin clicked on Expedia.com recently to search for a fare from Los Angeles to Johannesburg, the online agency claimed the lowest available price was $2,300. Just to be safe, he checked a site called Skyscanner.com, which queries several travel sites at once. It returned a price $300 cheaper.

Sabrin, an actor and educator who lives in Los Angeles, wondered if Expedia was only showing him the fares it wanted him to see, as opposed to every available price.

“Not disclosing all options leaves consumers feeling ripped off,” he says.

That’s a fair question, and as it turns out, he’s not the only one asking. The Department of Transportation is concerned that ticket agents have biased their displays to disadvantage certain airlines on their websites. It’s proposing a new rule that would require online agencies to disclose any fare-fixing.

Expedia, the largest online travel agency, would not comment directly on Sabrin’s case but insisted it does not show preference for or bias flights.

“The reason travelers go to an online travel agent is so they can look at and easily compare all their options, spanning hundreds of airlines, including upgrades and fees, and find the ticket they need at the best price,” says Dayna Sason, an Expedia spokeswoman.

Orbitz and Priceline say their displays show no preferential fare rankings, and Nancy St. Pierre, a spokeswoman for Sabre, which powers travel agency fare displays, says its systems are “designed to provide a neutral display.”

Bias is difficult to measure or detect. For example, how much money have travel agencies pocketed because of display bias? No one knows. How can you tell if an online agency is offering an incomplete picture, as Sabrin suspected, or if a lower fare just became available? You can’t. Then there’s this: Would knowing who is biasing their fares change the way anyone books tickets?

The problem extends beyond online agents, says consumer advocate Edward Hasbrouck. Airlines aren’t disclosing all their fares to travel agents, even though they’re required to by law. But he says regulators look the other way on enforcement, and as a result, it’s impossible to have every available fare at your fingertips. It’s simply unknowable.

“No travel agency has any way to know what range of prices any airline is offering, to whom, or through what channels,” he says.

It’s also difficult to tell how much money you’ve wasted, thanks to biasing. If anyone has that number, it’s the online agents who tinker with their fare displays, and they aren’t being talkative.

Hang on, says Jeff Klee, chief executive of CheapAir.com. Whether they’re buying airline tickets or anything else, most consumers don’t assume that every store has every possible product. (He doesn’t bias his fares either, he’s quick to add).

“I think this proposed rule is a classic solution in search of a problem,” he says.

Even if travelers knew some airfares were given priority, how would that change anyone’s behavior? Would a warning at the end of a fare display affect the way people purchase their tickets? That, too, is impossible to know until it becomes a requirement.

And it will, unless the DOT is inundated with comments from consumers that claim no one is interested in fare bias.

Of course, anyone who claims consumers are better off not knowing if their online travel agency is fixing its fare displays just doesn’t get it. More information — even if it’s stating the obvious, even if no one knows what to do with it — is better than less information.

Here’s hoping the rule flies. I, for one, am curious to know when my online agency isn’t telling me everything. Aren’t you?

How to fight fare bias

• Cast a wide net. Search more than one online travel agency and check with an airfare aggregator, which queries numerous online agencies, such as Kayak.com and Skyscanner.com.

• Get insider information. Sites such as Google flight search (Google.com/flights) use technology that can search more sites. Also, a subscription service such as ExpertFlyer.com can show you more fares and fare combinations than many online agencies.

• Tell the DOT what you think. Leave a comment about its proposed disclosure rule. Click on regulations.gov and search for rulemaking DOT-OST-2014-0056.