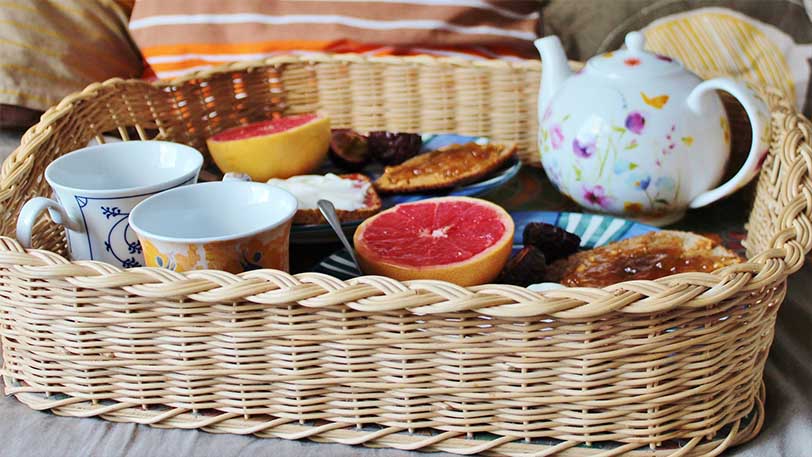 Judy Lederer wants to use her $375 BedandBreakfast.com gift card to stay at a bed and breakfast in April. But the card’s no good, prompting Lederer and our advocacy team to wonder: If gift cards don’t expire, what happened to this one?

Lederer has tried to get a response from BedandBreakfast.com, through which she purchased the card a few years ago. But the business wouldn’t even give her the courtesy of a reply.

Apparently, it plans to pocket her $375 credit.

Her case raises more questions than it answers. The general ones — such as, does a gift card expire? — are answerable. But what exactly happened to her credit is not going to be easy to determine. Still, there’s a takeaway about gift cards that anyone can use, whether you’re a B&B fan, a hotel person, or a couch surfer.

A denial — and then radio silence

Lederer’s issue is frustrating on several levels. She purchased a BedandBreakfast.com credit several years ago — she isn’t sure when — and received a $125 bonus during the transaction, bringing her total credit to $375.

She had the card to prove it. (It’s not clear when she received the physical card.)

You’ll note the weasel words like, “subject to change.”

Let’s take a closer look at the terms of the Getaway Gift Card. Oh, wait. BedandBreakfast.com no longer sells them. In fact, when I checked the site, it appeared the company had removed all references to the card from their site.

But the information is cached online and easily retrievable:

What is a Getaway Gift Card?
BedandBreakfast.com is no longer selling the Getaway Gift Card. Although sales of the gift card have ceased we will continue to honor all previously purchased gift cards. Gift card holder can still use the cards for staying in a bed and breakfast. The regular terms and conditions still apply.

The BedandBreakfast.com Getaway Gift Cards are prepaid cards that can be applied toward the cost of a reservation at participating properties on BedandBreakfast.com. There are nearly 4,000 bed and breakfasts throughout the USA and Canada.

Note: To prevent fraudulent use, the check-in date must be at least seven (7) days after the purchase date of the gift card. A $500 maximum redemption amount has been implemented for gift cards purchased after November 3, 2015. These cards can be differentiated by the teal band located on the front of the gift card and the updated terms included on the back of the gift card.

Let’s read between the lines.

Can’t say I blame them.

Lederer, who lives in Connecticut, had certain rights under state law. Most gift cards can’t have an expiration date or inactivity fee. And if she asks for a cash refund, Connecticut says the business must provide it for any gift card balance less than $3 after a purchase is made.

BedandBreakfast.com might have argued that her purchase was covered under a less friendly federal law. But that’s debatable.

But let’s say, for argument’s sake, that federal law applies. What are Lederer’s rights? Does her gift card expire?

Back in 2010, when new gift card rules went into effect, the Federal Trade Commission spelled it out in black and white:

Money on a gift card cannot expire for at least five years from the date the card was purchased, or from the last date any additional money was loaded onto the card. If the expiration date listed on the card is earlier than these dates, the money can be transferred to a replacement card at no cost.

Inactivity fees can be charged only after a card hasn’t been used for at least one year, and then only once per month. But fees may be charged to buy the card or to replace a lost or stolen card.

The card must clearly disclose its expiration date, and the card or packaging must clearly disclose any fees. There is one exception: Some cards produced before April 1, 2010, that list a short expiration time or inactivity fees in the first year may be sold through January 31, 2011. However, no matter what a card says, consumers still are protected by the new rules.

So Lederer has five years before her gift card expires. Although she can’t recall the exact date of her purchase, I’m betting she’s had that card for somewhere around five years.

In other words, BedandBreakfast.com can tell her to get lost.

How to get BedandBreakfast.com to do the right thing

Lederer may have been on shaky ground legally, but not morally. It’s wrong for BedandBreakfast.com to keep the money, and you don’t need an attorney or a federal regulator to tell you that. And that’s why we took on her case. Her gift card shouldn’t have expired. She was planning a birthday celebration and planned to use her credit — and we wanted to help her. Simple as that.

Could Lederer have self-advocated this case? Sure. Expedia Group owns BedandBreakfast.com, and we publish the names, numbers, and email addresses of the Expedia managers on this site.

But would her complaint get routed to the right department at Expedia — or be met with more radio silence? Our advocacy team didn’t want to find out.

We reached out to our internal Expedia contacts, who passed the case along to their BedandBreakfast.com contacts (ah, bureaucracy!), and they promptly restored Lederer’s $375 credit with no explanation.

So what happened — and what does it mean to you?

So what went wrong? Why did her gift card expire? A careful review of her paper trail suggests she waited too long to redeem her BedandBreakfast.com credit.

But the company may have also moved a few goalposts after she bought her credit. For example, requiring that she make her booking at least seven days after the purchase date of the gift card — that may have been added after she made her purchase.

Hard to say for sure, since BedandBreakfast.com isn’t talking.

After seeing Lederer’s case, some might say gift cards are the tool of the devil. You pay a company cash, it gives you a credit that could expire.

That might be a slight exaggeration. But gift cards aren’t helping their image by the company they keep.

Honest consumers settle their debts with real money. Hackers and credit-card gamers trying to manipulate the system love gift cards. They use them to manufacture spending and force businesses to tighten their rules, which affects everyone.

If there’s a takeaway it’s this: Think twice before buying a gift card. Otherwise, your case could end up on my desk.