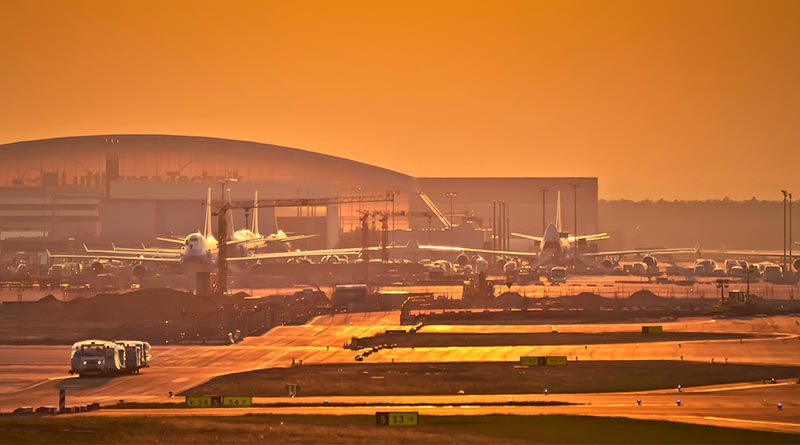 If you have a tight flight connection — but one that adheres to the published minimum connection time — will your airline take care of you if you still miss your flight? For Stephanie Mendenhall, the answer was “no.”

My advocacy team thought the answer should have been “yes.” So we investigated her case of a missed flight and discovered a few facts that might help you the next time you think, “Hey, I wonder if one hour is enough time to connect in Frankfurt?” (The answer, as they say in Deutschland, is: “Nein!”) Mostly, it’s a lesson about minimum connection times and an airline’s responsibility to help you when the minimums are not enough.

I realize the topic of minimum connection times is technical, something you might see covered on one of those aviation fan blogs. But the topic comes up more often than you think, even among us civilians. It’s worth a deep dive into the topic if you’re planning a long overseas trip on multiple carriers.

This minimum connection time was wrong — or was it?

Mendenhall’s travel agent booked a return flight with a one-hour stopover in Frankfurt.

Perhaps it did, but it didn’t meet her realistic standards. Even though the Croatia Air flight arrived on time, she had to take two buses, go through security twice and passport control once. Frankfurt is a labyrinth. I know because it used to be my hometown airport many years ago.

Mendenhall missed her flight. She says she was “forced” to buy a new ticket for $1,700.

A side note: I hear a lot of passengers saying they were “forced” to buy a ticket. I imagine some airline yield management types reading this site and thinking, “How do we force people to buy tickets? We need that!”

In Mendenhall’s case, she suspected the hour she had in Frankfurt wasn’t enough. But the airline’s systems and her travel agent assured her it wouldn’t be a problem.

Of course, you don’t want to wait until after you’re holding your airline tickets to start asking about minimum connection times. You want to do it long before it becomes an issue — either when you’re making your plans or within 24 hours of making the reservation. You usually have 24 hours to cancel your ticket with no penalty.

A few problems with this minimum connection times case

This was not the perfect case. First, Mendenhall decided to take matters into her own hands and booked a walk-up fare back to Savannah on United Airlines. She could have — and should have — waited for American Airlines to take care of her. And she should have also asked her travel agent to help.

American quickly refunded the unused half of her ticket, but Mendenhall wanted it to cover the difference between the refund and the walk-up fare, which came to about $900. Mendenhall’s flights were connected on the same itinerary, so she was covered. But she wanted to get home fast, so she bought a new ticket.

She also filed a claim on her travel insurance policy, which includes trip interruption coverage. The insurance company rejected her claim.

But my sympathies are with Mendenhall. How was she supposed to know about connecting flights and allowing her agent and airline to help? No one told her. She’s just a civilian, trying to get home to Savannah. She probably knows that she goofed, but at the time, her decision to book a new United Airlines flight seemed reasonable.

Our advocate, Dwayne Coward, recommended that Mendenhall contact her travel agent, AAA. We list the names, numbers and email address of AAA on this site. AAA reached out to American Airlines and the airline said it couldn’t do anything for her. She would be liable for the $900 difference since it was her decision to fly on United.

Next, Dwayne reached out to American on her behalf. It reviewed her itinerary and said it appeared she never checked in for her return flight. And yet her baggage had been checked from Dubrovnik to Savannah, so something didn’t quite line up.

“Why didn’t she work with the travel agency?” our American contact wondered.

In the end, American agreed to offer Mendenhall $900 worth of flight vouchers, a solution with which she says she is happy.