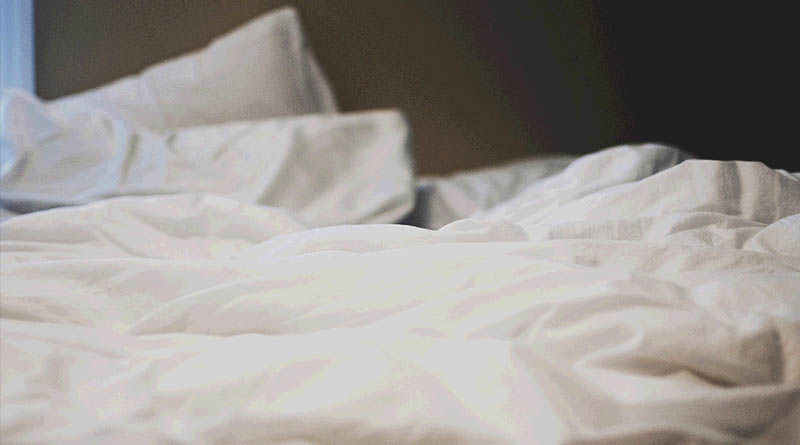 A Hampton Inn recently hit Doris Weller with the most ridiculous hotel damage fee I’ve seen to date. According to Weller, when she checked out, she left her room in tip-top shape. But the hotel’s management strongly disagreed.

It charged her a $250 deep-cleaning fee for room damage of an embarrassing nature. And now Weller wants the Elliott Advocacy team to clear her name and get her money back. Can we?

Weller’s tale is one that might make you think twice during your next hotel stay. When you hand over your credit card for “incidentals,” it isn’t just to cover the M&Ms from the minibar. As a guest, you might be accused, convicted and charged a hotel damage fee without any prior notice. But unlike in a court of law, it’s up to you to prove your innocence and reverse the conviction.

A hotel damage fee of an embarrassing nature

Weller was visiting family in Parsippany, N.J. when this bizarre ordeal began. She says she enjoyed a three-night stay without incident at the Hampton Inn. She flew back home and the next day found a mysterious $250 additional charge on her credit card bill.

A regular reader of our site might guess it was a smoking-accusation charge like the one Kelsey Russell got hit with.  It wasn’t. And Weller says initially the hotel was quite vague about the exact nature of this hotel damage fee.

“Hampton Inn accused me of damaging the sheets and the mattress of the bed I slept on,” Weller recalled. “I don’t know what happened, but when I checked out the bed was not damaged.”

When Weller pressed the manager for more information — in writing — he sent her the following email:

After you had departed, our room attendant made an attempt to clean your room. During this time it was discovered that heavy urine was left in the bed, sheets and mattress that had been slept in during your stay.

This was confirmed by my executive housekeeper as well as myself. Due to this unfortunate incident the hotel had to charge you a $250 deep cleaning fee.

Weller says she couldn’t believe what she was reading. Not knowing where to turn, she contacted the Elliott Advocacy team for guidance.

Asking the Hampton Inn for proof of this “damage”

“I hope you can provide some suggestions as to how I can demonstrate that I didn’t do this damage that the Hampton Inn claims I did,” Weller’s plea for help began.

Hmm… how does one provide evidence, post-stay, that they did not do this type of damage?

That’s a tough question and one we’ve tried to tackle for other travelers as well:

In the above case, the hotel had many photographs of “the damage.” But as I read through Weller’s paper trail, I noted that the Hampton Inn had only made an accusation. The manager hadn’t provided an incident report or photos of the problem.

Where’s the proof of the hotel damage?

Although most of our hotel damage fee complaints have to do with smoking accusations, we do get other complaints.

In fact, recently I helped Kevin Keirnan delete a $574 hotel damage fee after The Prince in Australia accused him of shattering the TV in his room. Kiernan was confident that he did not damage anything at the hotel. After I spoke to the hotel manager, he agreed that there were too many unknowns about this situation and he refunded Kiernan.

I hoped for the same result for Weller. So I sent an inquiry to the general manager of this Hampton Inn, T.J. Ransom. I asked if he could send the incident report over to our team with any supporting photos.

And then I waited. And waited.

Instead of responding to me, T.J. Ransom then sent Weller an email that informed her that the Hampton Inn would remove the charges:

In the interest of time, my controller has advised me to refund the amount charged. You will see this credit reflected back to your credit card statement within the next couple of days.

A refund in the interest of time? Weller was pleased to receive her $250 refund, but it certainly didn’t vindicate her. I decided to go to the parent company, Hilton, for clarification.

Asking Hilton to provide a rationale for this hotel damage fee

I reached out to our executive contact at Hilton. After all, if a hotel accuses a guest of damaging a room, shouldn’t documentation be provided?

Our executive contact at Hilton explained that this particular Hampton Inn is a franchise, managed by Remington. However, she did facilitate the mediation of this case.

After some investigation, the Remington spokesperson issued the following statement:

A visual/physical inspection of the bed was conducted by the housekeeper, Executive Housekeeper, and the General Manager within hours after the guest checked out and all three verified the presence of urine.

As far as reversing the charges, this is not to be interpreted as an admission that the condition did not exist, rather than in the spirit of hospitality and to avoid further controversy we made the internal decision as an accommodation to the guest. We would welcome the guest to our facility in the future as we do all guests.

Unfortunately, this response did not assuage Weller’s concerns either. She adamantly defends her position — she did not soak her bed in urine. So what is her recourse now?

Asking for further clarification about this particular hotel damage fee

I went back to our executive contact at Remington and asked for the incident report. I thought that perhaps that could clarify the situation for Weller.

There is not an incident report completed for each​ since​ the condition is ​typically ​noted in internal housekeeping records. Odors and moisture cannot be ​easily ​captured through photography. We have solvents, cleaners and ozone machines that assist us in bringing guestrooms back to a condition that is suitable​ to rent it to other patrons. The amount of time it takes to do so is based on the specific​ issue​(s)​ found in the room.

Because Ms. Weller is adamant that she was not the cause of the urine saturated bed, we have agreed to reverse the charges assessed to her. We have no logical explanation for the urine smell and wetness of the bed if it were not to be have been created by the guest occupying the room. We have neither personally attacked Ms. Weller nor have we communicated she is not welcomed at our hotel. The condition of the bed existed after her departure, and we were responsible to rectify the situation.

No incident report? This seems like something the company should reconsider. Anytime a hotel decides to charge a guest a $250 hotel damage fee; it should generate an incident report. This reporting is in the best interest of the hotel and the guest. And since everyone’s cell phone has a full capability of taking clear photos and videos, it’s curious why this Hampton Inn didn’t take one photo of this “urine-soaked bed.”

In the end, I could not give Weller the full resolution that she was seeking. This Hampton Inn will not provide proof of the damage nor officially consider this an error.

Both Weller and I are pleased that the Hampton Inn backed down on its $250 charge, but the accusations are still troubling. And the next time you’re checking out of a hotel, you may want to take a few photos of the room before you leave. You might need them later to defend yourself against a surprise hotel damage fee.