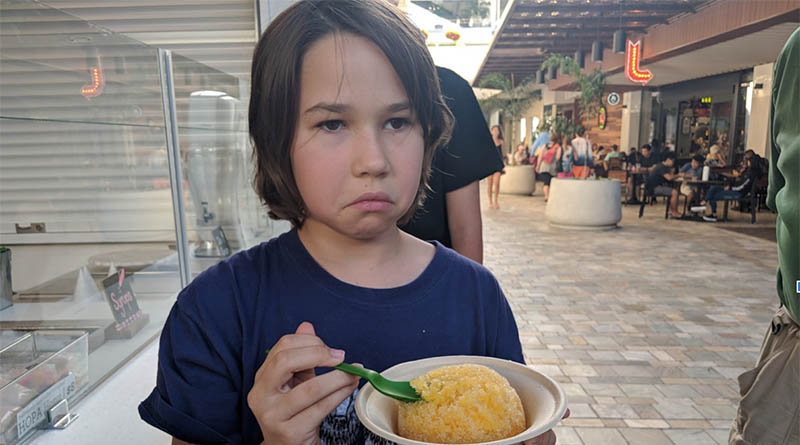 Toxic people are everywhere — even on vacation. Or maybe I should say especially on vacation.

I know, because I’ve survived several trips in which behavior problems on vacation threatened to make the journey miserable for everyone. But they didn’t. I can tell you how I sidestepped the less-than-positive people that I encountered, and that you probably will at some point too.

Antisocial behavior has the potential to ruin your vacation. Don’t believe me? Check out the latest Flip Flop Report from Expedia, which describes the way people misbehave in some detail. Among the misdeeds: inattentive parenting, drunkenness, and playing loud music.

All of this misbehavior is just a symptom of something even worse. It’s a negative outlook that draws everyone else into it. It’s infectious when you’re on the road. Negativity can take the wind out of the sails of the best-planned trip. So how do you avoid it?

Know the difference between negative and realistic

A few weeks ago in one of my Away is Home columns, a commenter accused me of being a “Negative Nancy.” My crime? Pointing out that warm-weather destinations have a “down” side, which can include insects, crime and volcanic eruptions.

I beg to differ.

I think it’s far more of a disservice to sugarcoat a destination with tourism propaganda. You visit a place like Orlando or Los Angeles with an expectation that it’s paradise on Earth — and when it isn’t, you’re deeply disappointed.

You know, that’s why journalism was invented: to tell people the truth. This column is not the house organ of a tourism bureau.

What does that mean for you? Well, I recall a trip to Park City, Utah, last year when my middle son Iden really wanted to hit the slopes in the afternoon. I told him at lunch that bad weather was moving in and that it might be a mistake to ski in the afternoon.

And then the blizzard moved in like a dark army preparing to lay waste to the rest of the day. Within an hour, we couldn’t see a few feet in front of us.

No travel companion is perfect, of course. The trick is seeing the signs that they’re about to go negative and taking steps to neutralize the impending negativity. My 12-year-old daughter is a great example. One day she’s the perfect little travel companion. The next — well, scroll up to see her boarding our car for a road trip. She’s looking for trouble, and I can tell you what happened next: She found it.

Seated next to her was her brother. A fight ensued. The last words I heard before the fists started flying were, “Saddle up, cowboy!”

Sigh. I should have seen the signs, pulled her aside and spoken with her about the importance of getting along with her siblings. That might have neutralized the negativity. No guarantees, but I probably wouldn’t have had to pull over the car to deal with the issue.

If you take a second to observe everyone else’s behavior on vacation with you, it’s possible to short-circuit problems.

How to turn that frown upside down

Even if you find yourself on vacation with negative people, there are strategies you can use to turn things around.

Feed them. Remember the epic car-fight I described earlier in this story? The fix was swinging by Trader Joe’s and buying the kids’ favorite road food. (Chips, power bars, seltzer.) That kept them quiet for the rest of the journey. (But go easy on the sugar, parents.)

Listen to the offender(s). Sometimes, negative behavior is a cry for attention. And by “attention” I mean listening to them — not lecturing. Hear what they have to say. Fix it if you can.

Redirect. Sometimes, people are just negative for no good reason. Sliding a book or computer game under their nose can distract them for long enough to keep them from spreading their negativity.

There’s no magic solution to fixing behavior problems on vacation. But a realistic assessment of the problem and quick action to address the negativity can make a big difference. Or you could just threaten to leave them home.