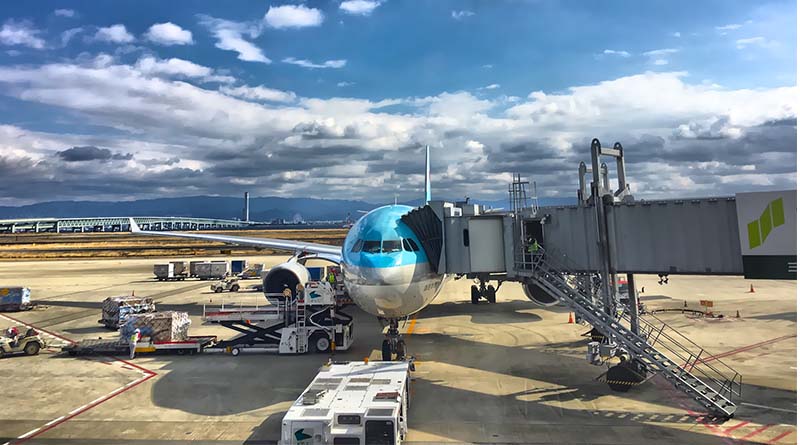 Here’s a case that’s been keeping me up at night. It’s not just because this one’s about fare errors — one of my favorite topics. It’s also because it raises several difficult questions about ethics, journalism and consumer advocacy.

I’ve spent my career studying errors and have made plenty of my own. But back in September, it was Korean Air’s turn to screw up.

It accidentally loaded what appeared to be a discounted travel agent-only rate — a so-called “fat finger” fare — into its reservation system.

You could buy a roundtrip ticket between North America and Palau for around $560. That’s a very good fare, but not too good to be true.

Then, instead of immediately canceling the tickets, it waited two months, reportedly consulting with U.S. government regulators on how to appropriately compensate those who were inconvenienced by the slip-up before notifying its customers.

The affected passengers were eventually given two choices: either a full refund of the ticket or the opportunity to purchase a discounted ticket on the same itinerary.

Korean Air also offered to reimburse passengers for any additional expenses incurred as a result of canceling their Palau trip, such as cancelation fees for previously booked flights, hotels, and ground transportation. And it threw in a $200 travel voucher for a future flight to any Korean Air destination from a U.S. gateway.

By the way, that’s not a terrible offer. The timing could have been a lot better, though. A whole lot better.

Some passengers refused to go along with it.

“I am not interested,” one of them told me. “My girlfriend and I just want to go on vacation as planned, for what we paid.”

I received the first request for help early on Thanksgiving Day, according to my email records. When I promised to investigate, I quickly heard back from several other Korean Air customers who had similar problems with their Palau tickets. They had gotten organized, they said, and they were happy to have me as their advocate.

On Friday morning, I had a conversation with someone at a fairly high level at Korean Air about the situation. The offer on the table was fair, I was told, and besides, what more could they do?

“Well,” I said. “You could honor the tickets to Palau.”

My contact agreed to send another request up the chain to see if something could be done. Accepting the tickets would be expensive, but Korean Air really wanted to “do the right thing.”

More emails had arrived from others asking for help with the same problem. One of them revealed that they were getting behind-the-scenes help from an organization whose claim to fame is lobbying the government for tarmac-delay laws.

“I think we can mount a media campaign very successfully,” its leader wrote in one of the emails.

Then she enclosed detailed instructions for the Korean Air passenger group, suggesting she had a network of journalists at her command. She even dropped a name or two.

It made for some entertaining reading.

That, in itself, is no reason to reject a case. In fact, I’ve been the wingman for other consumer advocates a couple of times, and as long as it helps a deserving customer, I can be a team player.

But the more I investigated, the more skeptical I became of the story these passengers were telling. I discovered an absurdly long exchange on a popular forum for frequent fliers that clearly identifies the fare as an error, and invites participants to exploit it. (I cringe to even link to it, but there you go.)

I phoned Korean Air back.

“I’m deeply conflicted about this case,” I said. “On the one hand, there are passengers who booked these fares, not knowing they were a mistake. I think you could make an argument to honor their tickets.

“On the other hand, there are people who booked these fares because they knew they were a mistake, and they probably thought they could shame Korean Air into honoring them,” I added. “I can’t advocate for them.”

That’s the problem, though. Korean Air can’t really determine the motive behind a reservation, nor should it be expected to. Either it honors all the fares or none of them.

I told Korean Air I wasn’t sure I could urge it to accept the tickets any longer, and asked them to convey my misgivings about this case to the powers that be.

Meanwhile, the media campaign appears to be in full swing. One of the stories appeared yesterday, and it at least acknowledged — but then dismissed — the stealing issue. Based the questions these journalists have been asking of Korean Air (I told you I have good sources) it appears that most of them find nothing at all wrong with knowingly booking an erroneous fare.

This is deeply troubling.

I’ve been over my arguments many times before on this site, so here’s the Readers Digest version: If you book a fare that you know is a mistake, you are stealing from the airline. If you give aid and comfort to those who do it, you are an accessory to theft.

This entire episode has made me wonder about what it means to be a consumer advocate. Do you always side with consumers, even when they behave unethically? Is the customer really always right?

Apparently, there are some capable journalists whose work I respect, who feel that the answer to both questions is “yes.”

In the coming days, we’ll see some of these same writers weigh in on the canceled tickets to Palau case. They will probably highlight the hard-luck stories, like the canceled honeymoons, of which I’m told there are several. That’s how I would write the story if I wanted to embarrass Korean Air.

But I hope they also give the problem of the fat-finger fare thieves the attention it deserves. And I hope they do a little independent thinking instead of obediently participating in a media campaign.

I really don’t know what to do with this case. Honestly.

I think Korean Air made a series of mistakes: the fat-finger fare, the lengthy delay, and underestimating the resolve of the spurned passengers. It’s one thing to cancel a wrong fare right a few hours after a reservation is made — but two months seems a little excessive.

Is there any other American business that is allowed to void several hundred transactions months after the purchase date, with the apparent blessing of regulators? I can’t think of one.

So what should I do? Should I push Korean Air to honor the tickets, even though some, and perhaps many, were booked by criminals? Or should I leave well enough alone and urge the passengers to accept the airline’s latest offer?