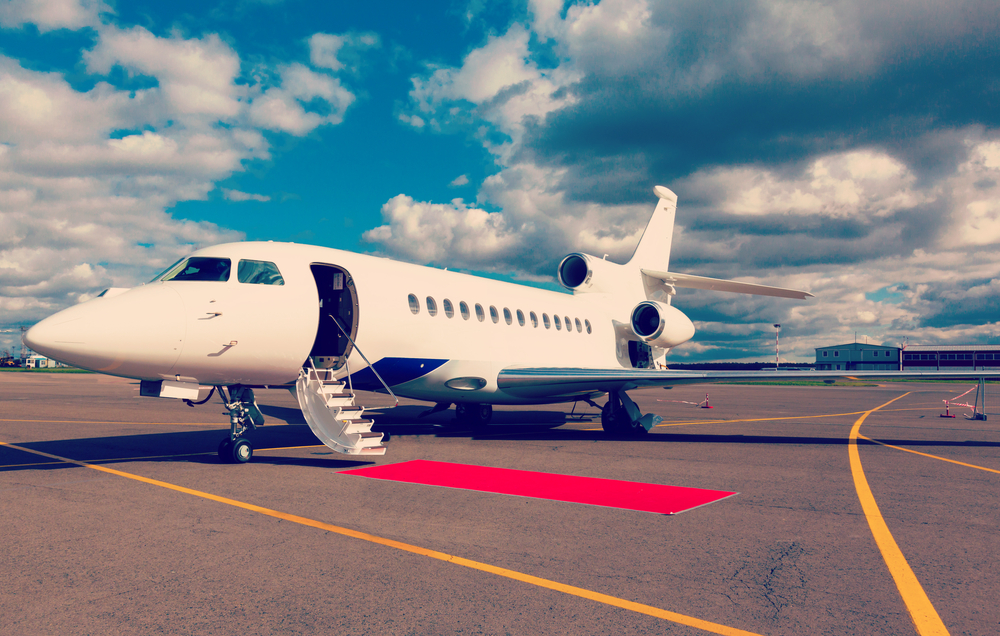 Airlines are ready for disruption. With only four large airlines controlling more than 80 percent of domestic air travel, the industry is a classic oligopoly. Even the government, which is currently investigating airlines for collusion, seems to agree.

Air travelers, who complain of higher prices and fewer choices, say they’re ready for the next Uber to take flight. And now Congress is in a good position to actually encourage competition through smarter regulation. The latest Federal Aviation Administration reauthorization bill, now being drafted by lawmakers, could pave the way for a more competitive airline industry.

“Competition is a great thing for consumers,” says ride-hailing-industry expert Harry Campbell. “American airline carriers have consistently been falling behind, compared to more robust international carriers, when it comes to price and experience.”

Campbell says applying the Uber model to aviation would improve the flying experience for everyone, even if you choose to fly on one of the four dominant carriers.

“It would further intensify the pressure on airline carriers to improve their product, lower their prices and become more efficient,” he says.

That’s already happened in the lodging sector, where Airbnb and vacation rental services such as HomeAway have kept rates competitive and forced large hotel chains to up their game by adding more services and amenities. It’s happened in ground transit, in which Uber and Lyft offer an often cheaper, more accessible alternative to taxis and limousines.

Chester Goad, a university administrator and Uber customer in Cookeville, Tenn., says he’s “excited” about having the same option for flying. What if, for example, an Uber for airlines could utilize smaller airports that are more conveniently located and offer direct flights to airports not traditionally served by large airlines?

“The bottom line for me, is if the fares were reasonable or offered conveniences not offered by other airlines, and if they were equally accessible, I’d definitely check it out,” he says. “Especially if I could avoid the hassles of a major airport.”

It’s easier said than done. Several travel start-ups have tried to follow the Uber model. Although they’re an option for business travelers, they’re still priced out of reach of most leisure travelers. For example, Rise, a private flight-sharing service in Dallas that launched this May, offers an “all-you-can-fly” option starting at $1,650 a month. It offers scheduled flights on King Air 350 eight-passenger twin-engine aircraft between Dallas, Houston, Austin and Midland, depending on demand, and has announced plans to expand domestically and fly London to Brussels in 2016.

Rise is interesting because it had to secure special approval from the Department of Transportation, which regulates air travel in the United States. More on that in a minute.

Industry experts say that in at least one sense, flight-sharing — or ride-sharing for planes — already exists. In private aviation, it’s referred to as the gray charter market. That’s where passengers pay for a flight with an aircraft operator that does not have the correct permissions to fly the trip commercially.

“This could be because the operator does not have an aircraft operator’s certificate, which is a license from the aviation authorities to operate commercially, or a gray charter could be more subtle, such as a European operator picking up an extra passenger within the States during an internal leg of an international schedule,” explains Adam Twidell, the chief executive of PrivateFly, an online marketplace for private aircraft charters.

So what would it take to make air travel as affordable, flexible and, of course, as controversial as Uber or Airbnb? How do you get from here — an industry in which only the elites can fly private and the rest of us have to contend with a consolidated industry where competition has been squeezed out — to a business in which you can fly as easily as you can drive, and for a reasonable price?

Timmy Wozniak, the chief executive of FreshJets, a site for booking discounted private jet travel, says the government can be an obstacle or an enabler.

“There has to be compromise on both sides,” he says. “Especially for concepts that involve smaller, recreational aircraft and pilots.” The smaller operators, he says, would need to step up and meet some safety requirements. But the government can also more clearly articulate what will and won’t be allowed, especially when it comes to charter operators being allowed to sell on a per-seat or per-aircraft basis.

A clearer statement “will have the biggest impact on our business and will determine truly whether the airline industry can be disrupted,” he adds.

All of which brings us to the FAA bill, which is now being drafted by the Republican-controlled Congress — Republicans who, time and again, have supported free markets and competition.

Yet the FAA, as a matter of policy, has made Uberization difficult, say industry observers. Operators say the certification process is cumbersome and favors large, well-established airlines with deep pockets — in other words, it ensures the same four carriers will continue to dominate the industry. An FAA official told me the agency is just upholding national and international laws that require commercial air transportation providers to hold a certificate and meet requirements for training and maintenance, among other things. The FAA is also working to “streamline” the certification process.

Maybe it can do more. A good start would be to rethink the current regulations on small aircraft — called “Part 135” aircraft, which are named after the section of the Code of Federal Regulations that gives them the authority to operate. Operators of these commuter aircraft should be able to fly “as frequently as they like between cities, as long as operational standards required to fly safely are met,” says Wade Eyerly, the chief executive of Beacon, a subscription-based all-you-can-fly private plane service that is launching in September with flights between Boston and New York.

Imagine being able to fly anywhere safely at a fraction of the cost of a private jet. It’s something the government can clear for takeoff now – if it wants to.