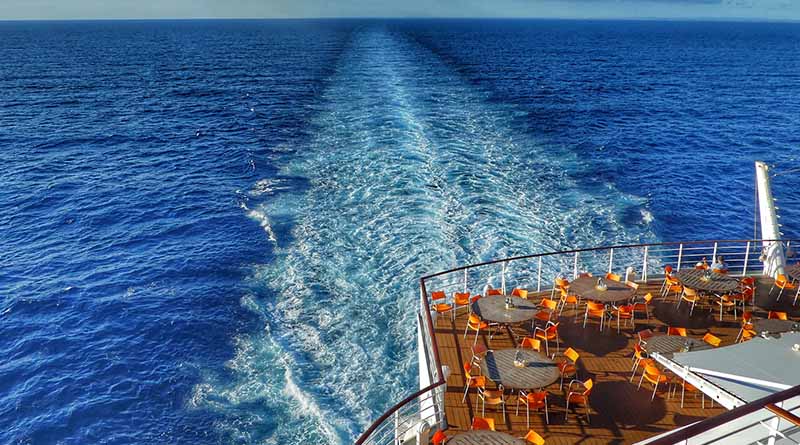 Ashley Ouellette thought she had insurance for her upcoming Royal Caribbean cruise. But it wasn’t that simple. She faced the loss of thousands of dollars — until she talked to my advocacy team.

Her cruise insurance problem is common but preventable.

Ouellette and her family got snagged by one of the oldest “gotchas” in the travel insurance playbook. It’s so old, and we’ve written about it so often on this site, that my advocates and I assume everyone knows about it. But her case is also a reminder that a little persistence can bend even the most inflexible rules in your favor.

She thought her cruise was fully insured — that was the problem

Ouellette’s cruise insurance problem started when she paid $2,100 for four passengers to sail on a five-night Western Caribbean cruise on Royal Caribbean’s Independence Of The Seas. Her online travel agency, Cruisesonly.com, recommended travel protection through AON, which she bought.

(Note: An earlier version of this story incorrectly referenced a different agency with a similar name. Ouellette complained to us about the wrong agency, which also confused our advocacy team.)

But shortly after that, her mother’s medical condition worsened.

“She was too fragile to travel, so I canceled her cabin, along with her other grandchildren, two weeks from departure,” she says.

Ouellette assumed her coverage would protect her. But she assumed wrong.

“I submitted all documentation for reimbursement and was denied by AON insurance because they said it was a pre-existing condition,” she says. “The only pre-existing condition is that she got older — we were going for her 80th birthday — but she took a turn for the worse with her health.”

Age-related conditions are something of a gray area. I’ve seen travel insurance claims get denied because someone’s grandmother was wheeled into the ER for emergency surgery. The problem is complicated. Doctors usually give travel insurance companies enough reason to consider an age-related condition “pre-existing.” But the families often disagree, noting that grandma was just fine when they booked the trip.

Travel insurance companies can insure a pre-existing condition if you notify them at the time of your insurance purchase. There’s a “look back” period, and if you haven’t suffered a complication or a flare-up within that time, they’ll cover you. But Ouellette hadn’t done that, and with good reason. She didn’t think she needed to do it.

What kind of insurance do you have?

According to Ouellette, she didn’t have a garden-variety “named perils” insurance policy, but a more expensive “cancel for any reason” policy. So she shouldn’t have even needed a doctor’s note about mom’s medical conditions. She didn’t need a reason, after all. Or did she?

It seemed like an open-and-shut case. Not only did Ouellette have a cancel for any reason policy, but she’d also canceled her cruise at least 14 days before travel, as required.

What was going on?

To find out, my advocacy team looked at her coverage. She had a product that was virtually identical to Royal Caribbean Travel Protection, an optional travel protection product offered as an add-on to a cruise booking. The plan, which has some insurance components and some noninsurance components, says that if your plans change, Royal Caribbean will waive the nonrefundable cancellation provision of your cruise ticket contract and pay you in cash the value of the unused portion of your prepaid cruise vacation.

“In addition, should you need to cancel for any other reason you may be eligible for credit toward a future cruise — up to 75% of the non-refundable, prepaid cruise vacation cost,” it says.

That’s not the same thing as a cancel for any reason insurance policy. When companies use words like “you may be” to describe your eligibility, you should worry. (I described the difference between travel insurance and protection in a recent story.)

How to avoid travel insurance confusion

After AON denied her claim, she appealed to Royal Caribbean, but the cruise line said it couldn’t help her. The reason: She’d purchased the policy through an online agency, which sold her a similar product directly through AON (which had already turned her down).

Of course, you don’t have to buy travel insurance — or protection — directly from the cruise line or tour operator. But it’s interesting to see how Royal Caribbean handled this case: It didn’t.

A friend of Ouellette phoned the cruise line after she canceled to see if he could book the same cruise. A representative told him it was “sold out.” She interpreted that to mean Royal Caribbean kept her money and resold her cabin, which she found unfair.

Our next stop was Cruisesonly.com, which sold her the policy. We found it troubling that the online agency had sold Ouellette something that she believed was a cancel for any reason insurance policy, but was actually protection. And in her case, it didn’t work, and no one would help her.

Our advocate Dwayne Coward reached out to Cruisesonly.com. It offered her a $1,500 cruise credit which she can use for a future vacation.

The takeaway: A cruise insurance problem like this is avoidable

If Ouellette had purchased a true cancel for any reason policy, then she’d have received a partial refund, not a partial cruise credit. If you see words like “may” and “up to” in the description of your policy, you need to ask your travel agent or cruise line a few hard questions. Then read the entire policy. The coverage may still work just fine, but you need to know what you’re buying.