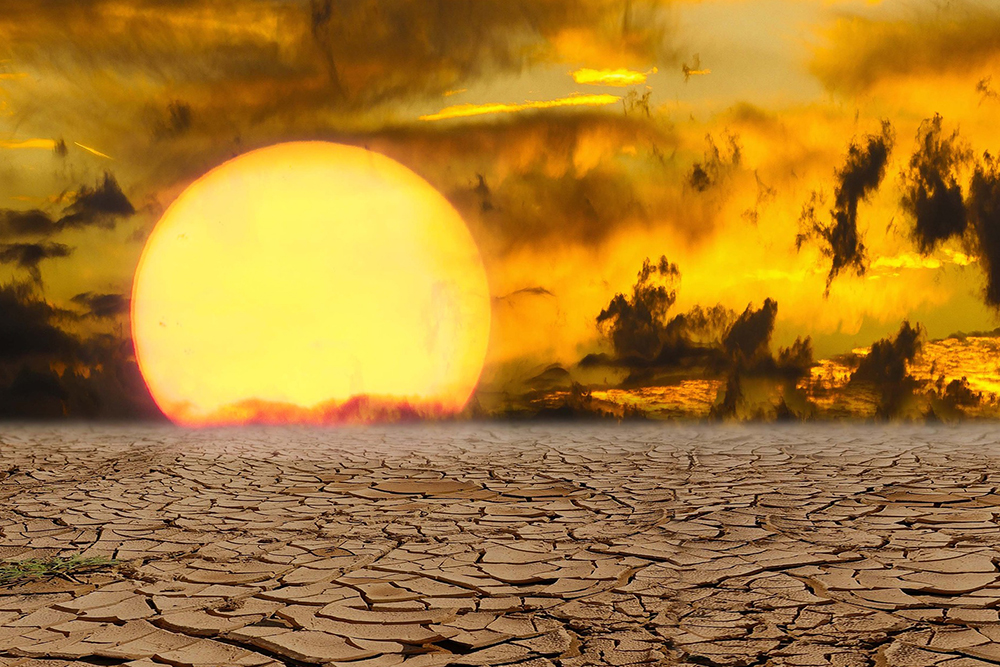 When Kimberly Button drove her RV to Glacier National Park in Montana this summer, she expected relief from her muggy home town of Orlando. “We assumed that we’d have mild temperatures,” she says. “We couldn’t have been more wrong.”

Instead, the Rocky Mountains baked in mid-90-degree temperatures. Button’s family camper, which didn’t have air conditioning, felt like a sweatbox. “We were looking at each other,” Button says, “and saying, “How is it this hot in Glacier National Park?”

Good question — and, as it turns out, more than a hypothetical one for someone like Button. She publishes GetGreenBeWell.com, a website about green travel, and has become increasingly concerned about the effects of climate change. She says that this summer, with its extreme weather, was a wake-up call.

The record temperatures weren’t limited to Montana. The Southwest endured its worst heat wave in decades. Triple-digit temperatures forced the cancellation of dozens of flights at Phoenix Sky Harbor International Airport. It was too hot to fly. And then there were hurricanes Harvey, Irma and Maria, which disrupted even more travel plans and led to the cancellations of countless others.

“Weather events are becoming more frequent, more severe and, in many cases, the seasons in which we worry about them are becoming longer,” says Meghan McPherson, who teaches at Adelphi University’s emergency management program. “Much of our infrastructure was designed to function in the climate in which it was created. Because of this, roads that never flooded even 10 years ago are now flooding in everyday rainstorms. Our planes are unable to take off in heat they were not designed to withstand.”

Let’s stick with those grounded planes for a minute. Why couldn’t the aircraft in Phoenix take off? Jet engines produce less thrust during a heat wave, because the air is less dense, according to Dan Boland, a commercial airline pilot. “Less dense air equals less power, and when we have close to full passenger loads it becomes almost impossible to safely take off at temperatures above 100 degrees,” he says.

Flying in hot weather is also more expensive. Most takeoffs can be achieved with reduced thrust, but as temperatures approach 95 degrees, pilots must use the maximum thrust available, which reduces engine life and increases the cost of a takeoff by $500, according to Boland.

The temperature increase has ramifications on land as well. Earlier this year, Jessica Pociask, an ecologist and the founder of Want Expeditions, a tour operator, had to cancel a tour to view harp seals in the Gulf of Saint Lawrence because of a lack of ice. “Climate change is having a massive impact on travel,” she says.

Phyllis Stoller, who heads a tour operator called the Women’s Travel Group, says her business has also been affected by changing weather. She recalls her first March trip to Ethiopia nearly six years ago. Back then, at the higher elevations, the temperatures were cool. Two years later, she says, there was no relief from the heat, even at 10,500 feet. “We changed our dates for the next Ethiopia tour to accommodate this change and are planning it for a winter month,” she says.

“The rains during rainy season have intensified over the last years, which causes many roads to be closed and damaged during floodings,” he says. “In addition, the heavy rains and accompanying winds create havoc for the smaller bush planes, which will be grounded during these events.”

So how do you travel during a time of extreme weather? There’s nothing you can do to change the climate, at least in the short term, but there are a few steps you can take to ensure that disruptions are kept to a minimum.

If you’re concerned about an early thaw this winter, for example, you can plan your ski trip for a time when snow is more of a sure thing — say, move your vacation from early March to mid-February. You can apply this climate-conscious travel planning to other trips, too. Take that Caribbean cruise in December or January to steer clear of hurricane season.

The threat of global warming also should influence where you go. Greg Geronemus, the co-chief executive of SmarTours, a tour operator, says more of his clients are asking him about “last chance” destinations that are threatened by climate change.

“We hear a lot from our clients that they want to see South Africa because so many animals are endangered, and because drought conditions are changing the continent and way of life,” he says. “Venice is another example of an endangered destination. With global warming, the seas are rising. Venice already floods multiple times a year, so it’s only a matter of time before this wonderful destination sees drastic changes.”

It helps to understand your rights when an extreme weather event delays your trip. Many travel companies have “Act of God” clauses that let them off the hook for weather-related delays or cancellations. That fine print is in the airline’s contract of carriage or in your cruise line’s ticket contract, and it essentially means the company can cancel a trip without having to cover any of your expenses or even get you to your destination. A good travel insurance policy can make your trip go a little smoother — whatever the weather.