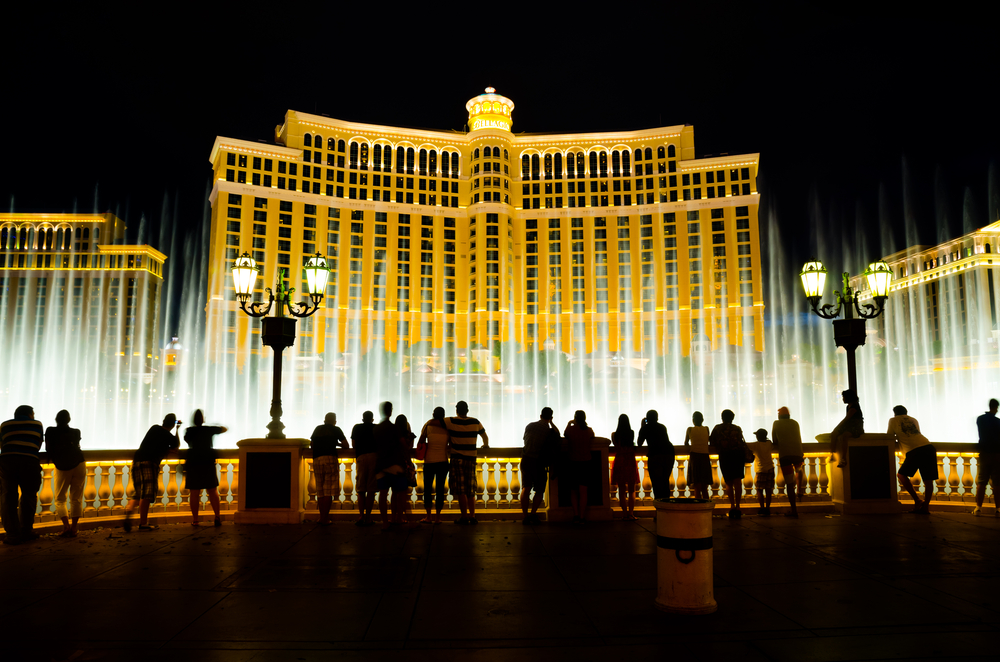 No, your high-rise hotel isn’t about to sprout wings and fly off into the sunset. But you might forgive Edward Goodman for thinking the Bellagio wants to.

When he phoned the Las Vegas resort to make a reservation recently, a recorded message informed him there would be a $10 booking charge. To avoid it, he could reserve his room online — just like an airline.

“It’s disturbing to hear that hotels are taking another page from the airlines’ playbook,” says Goodman, a Washington lobbyist.

A few weeks ago, I suggested hotels should consider emulating some airline policies, including the 24-hour cancellation rule and offering a room credit. Unfortunately, the lodging industry prefers some of the more customer-unfriendly policies, including booking fees and “gotcha” add-ons.

The Bellagio doesn’t see it that way, of course. Its new booking fee, part of an effort to “modernize” policies at all MGM Resorts International, is presented as a guest benefit.

“The fee allows us to preserve the one-on-one service preferred by an important but diminishing segment of customers,” says Bellagio spokeswoman Mary Hynes.

The Bellagio and most other Sin City resorts also have another long-standing guest “benefit” — the so-called resort fee.

Although the airline trend is to go the other way, which is to unbundle services and charge for them separately, they share one important trait: A hotel with a resort fee can quote a low “base” price, then add the resort fee later, giving you the impression that you’re getting a less expensive room than you actually are.

“This hidden resort fee is just a convenient way for the hotel to offer slightly cheaper rooms while still making their ideal target revenue per room,” says Kelly Ella Maz, a personal-travel planner from Toronto. “Where else in the world do you have to pay for local phone calls and access to the gym at a hotel?”

This ability to pull a fast one is becoming a business model for some profit-hungry travel companies, and they’ll fight for their right to misrepresent their prices.

Consider the U.S. airline industry, which is now required by the government to tell you an “all-in” fare, including taxes and mandatory fees, up front. Airlines are pushing hard to undo that requirement with a proposed Transparent Airfares Act of 2014, which would allow their ads to state the base airfare, then separately disclose any government-imposed taxes and fees and the total cost of travel.

By the way, the bill doesn’t have a prayer of passing a Democratic-controlled Senate. But with midterm elections a few months away and the Senate possibly flipping to the Republicans, this deceptively named bill could go all the way.

At least one entrepreneur believes that an airline and a hotel are not so dissimilar, according to Tom Meyers, editor of the budget travel website EuroCheapo.com.

EasyHotel, owned by Stelios Haji-Ioannou, applies the same pricing model as its sister company, budget airline EasyJet, Meyers says. If you want a remote control for your TV, you’ll pay an extra $7 a day. Wi-Fi is $7 a day. Room cleaning? $14.

“The result can mean astonishingly cheap rates,” says Meyers, who just found a double room in London for $68 a night.

That may be true, but it’s also true that a $68 rate will lure more unsophisticated guests, who will spring for room cleaning when their quarters become untidy or who will fork over the Wi-Fi fee when they need Internet access. EasyHotel will get your money.

Bargain hunters and industry apologists believe à la carte pricing has a bright future in the travel industry, arguing that it allows people to only pay for what they use. That’s utter nonsense.

Simply put, these price games entice all but a few informed customers to shell out more than expected. Hotels shouldn’t be aping airlines — instead, they should be leading the industry by setting a positive example.

Here’s how to avoid airline-like extras at hotels:

• Mind where you book. Read the fine print when you’re booking online, where fees are often poorly disclosed.

• Ignore your subtotals. Some hotels will offer a low “subtotal,” then add a mandatory fee to your bill when you check in. Always get an estimated total.

• Assume nothing. As hotels get more creative about their fees, assume nothing about what’s covered — not even room cleaning or basics such as air conditioning.