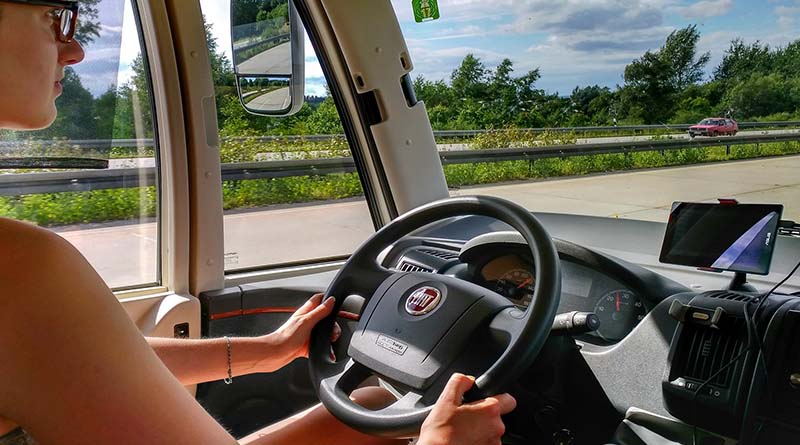 Daniel Minton is one of us, which made his case difficult to advocate, let alone write. Actually, it’s his daughter’s story, and it involves a young driver fee imposed by Dollar Rent A Car — an unfair charge that he wanted our help reversing.

Minton is a fellow advocate, in a real sense of the word. He’s the officer in charge of crime prevention for the Quincy Police Department.

“I’m in the business of uncovering scams and educating our citizens,” he says. “I write a weekly article in the local paper, the Quincy Sun, addressing a wide variety of scams.”

Our staff treats every request the same, of course. But when someone like Minton reaches out, we feel extra pressure to get it right. And by “right,” I mean fixing it.

Minton contacted me because he was furious about a young driver fee Dollar broadsided him with. I’d be upset, too. These junk fees feel wrong, hitting young drivers when they can least afford them. But it’s how Dollar charged the fees that ultimately determined the outcome of this challenging case.

A young driver fee from Dollar, and then …

Minton used a site called EconomyBookings.com to rent a car from Dollar in Tampa for his daughter, Jane. He’d used the site before and had saved money doing so. But this time it didn’t go so smoothly.

“The price was good,” he says. “However, there was a box that you had to check if you were under 25, which resulted in an additional fee. We checked that box because we wanted to see how much more it would be and it was about $46. So we went with it since it was still a deal.”

That was his first mistake — agreeing to the $46 fee in writing.

That fee is sort of disclosed on Dollar’s site. Of course, Dollar makes it look as if the charge, which it calls a Young Renter Fee, is a real service to America’s youth.

Dollar rents to drivers age 20-24, making it simple to get to your destination. Whether you’re driving home for the holidays, taking a road trip with your friends, or heading off on a journey of your own, Dollar makes it easy for young renters to hit the road.

It’s true, Dollar is one of only a handful of car rental companies that rents to young drivers. But it’s entirely unclear why renting to a 20- to 24-year-old has to be more expensive. If the car rental company has extra insurance costs, just charge extra for the insurance. But don’t slap a young renter fee on these young customers and make it look like you’re doing them a favor.

Minton says Jane went to the Dollar counter in Tampa, where she encountered another surprise: A $300 fee for “underage driver insurance.”

“There was no way around it,” he says. “Dollar said that economy booking insurance did not cover the car.”

Newsflash: Insurance is not required for a car rental in the United States, although a car rental company can refuse to rent to anyone and apply any term or condition, as long as it’s legal.

“As I‘m sure you know, trying to get a good deal at the car rental desk last minute is rare, so Jane took the car with the added fee,” says Minton.

Minton called both EconomyBookings.com and Dollar repeatedly, asking to have the young renter fee and insurance charge removed. “But no one has responded,” he says.

“This is a deceitful practice at a minimum — and a scam, most likely,” he says.

Deceitful? Yes, no doubt about it. Scam? I’m sure it felt like one to Jane, who had to spend an extra $346 on her rental.

And I agree with Minton. That kind of pricing shouldn’t be allowed. At a bare minimum, Dollar should disclose the precise young renter fee through its site and third parties like EconomyBookings.com.

As far as I can tell, Dollar’s website doesn’t even disclose the amount of the fee. EconomyBookings.com waits until you click the button to tell you how much the young driver fee will be. That, I believe, some courts would find unfair and deceptive.

My advocacy team took a hard look at the paper trail on Jane’s case. Like a pro, Minton followed the recommendations for a successful consumer dispute resolution. His requests were polite and to the point. They were also reasonable.

Following your claim, we sent a request to the rental company Dollar. According to the documents received, the extra charges occurred due to additional services agreed at the desk.

As these services were not included in the initial offer, were agreed and signed for, we do not have a legal power to dispute them.

We refer to terms & conditions agreed by you while proceeding with the booking online.
​
Thank You for giving us an opportunity to assist you.

Translation: You signed it. Case closed.

My team took another look at the paperwork, and sure enough, Minton had agreed to everything up front. The time to dispute an insurance charge or a young driver fee or a young renter fee, or whatever you want to call it, is right up front. Don’t wait until after returning the vehicle to say something. By then it may be too late.

Sadly, we closed Minton’s case after a full review of his paperwork. His daughter had ample warnings about the young renter fee and could have taken her business elsewhere. That in no way justifies the deceptive way the car rental company and the online agency failed to disclose these surcharges. But, young drivers beware, it makes it impossible to ask for a refund.