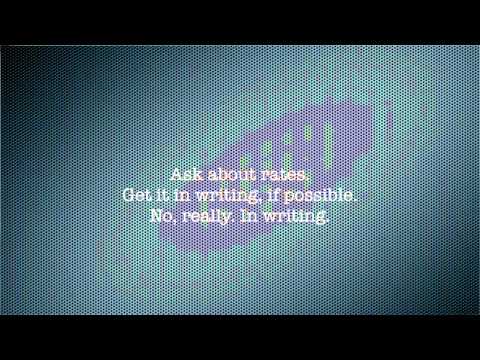 Note: Starting today, I’m going to be featuring a video at the top of each post in which I’ll offer advice or commentary related to the story. Please let me know what you think, and sign up for my channel. You’ll get a preview of the next post.

Question: I stayed at the Wingate by Wyndham Charlotte Airport, and on the first night, I was having some cellphone problems. Knowing that other Wyndham properties offer free long distance, I decided to look in the hotel services book provided in the room. Under the telephone section, it says: “Local calls are free of charge. Long-distance access in the United States is complimentary.”

I was charged almost $50 for these calls.

After getting the runaround for a few days, I was finally put in contact with the assistant to the general manager. She informed me that only the access is free, not the actual long-distance charges.

I don’t know about you, but that is like saying that Internet access is free, but later you find out that only the access to the Internet provider was free and they are now billing you for actually using the Internet.

I’ve tried contacting the Wyndham customer service number, but they say it’s up to the property to resolve this. Do you have any advice? — Tyson Howard, Cincinnati

Answer: I agree. The guest directory looks like long-distance calls at the hotel are free. Wingate doesn’t appear to have a chain-wide policy on phone charges, which is fine, since almost no one uses a hotel phone anymore except maybe to call the front desk.

I can remember a time when phones were a major profit center for hotels, and guests complained about fees and outrageously high per-minute rates. Usually, the hotels would back down when guests protested, mostly because they felt guilty about padding their charges to rake in extra profits.

But those days are long gone — or so I thought.

My advice? Stay off the phone. And I don’t just mean waiting to talk to your wife until your cellphone is charged. I mean, stay off the phone when you’re trying to resolve this with Wyndham corporate. A brief, polite email would have been far more effective, and less stressful, and wouldn’t have required you making multiple inquiries.

Based on your description of the phone fees, I thought you had a strong case for removing the bill. I contacted Wyndham on your behalf, and a representative called you and said corporate Wyndham would cut you a check for $50 to cover the phone bill.