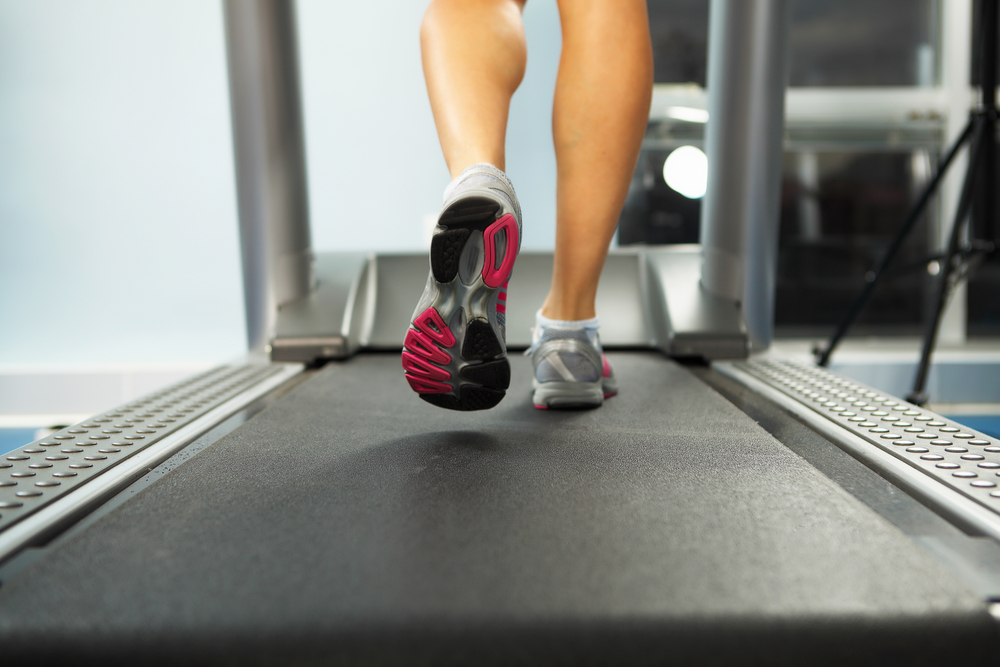 Stephen O’Donnell’s new treadmill doesn’t work. But the manufacturer won’t take it back unless he disassembles it, boxes it up, and brings it to the curb. And he can kiss that delivery fee goodbye. Is that right?

Question: I’m at my wits end. We invested close to $3,000 in a NordicTrack treadmill to once again try to accomplish that ever-elusive New Year’s resolution of dropping some weight and exercising regularly. We ordered the treadmill on January 19th and even sprang for the $249 “White Glove Delivery” — it was worth it for the peace of mind of having a professional deliver the 380-pound treadmill, carry it into the house and up a flight of stairs and put it together.

The treadmill arrived on February 6th and the technicians unboxed the machine, assembled it, then called me into the room to tell me it was defective. The handles on the treadmill were cracked and they were unable to assemble them. It was damaged, they tell me, during shipping.

Wait, I thought, aren’t you the shippers? No, they said. We are NVC Logistics — this is NordicTrack’s responsibility.
They gave me a piece of paper with a phone number and told me to call NordicTrack for the part. Before running out the door with a $40 tip, they showed me how to change the speed on the belt and raise and lower the incline. Then they high-tailed it.

I called the same day the treadmill arrived and requested a return. Someone will call you, I was told. Oh, and by the way — you need to take the machine apart and box it up and drag it to the curb. And we won’t refund you in full -— you pay for the $249 white glove service. It’s a non-refundable “service” fee. And you won’t get your refund for 2 to 3 weeks after we receive the machine. If there’s any damage to the machine when it arrives back to us, you’ll pay for that too.

It’s now three weeks later and the broken treadmill is still sitting in my house, mocking me and my lack of motivation to get off the couch. It does provide a very good excuse not to use it.

Dealing with NordicTrack on this issue has been insane. Their customer service line is the worst I’ve ever seen. I’ve called several times, been on hold for 10, 20, 30, yes even 50 minutes – with horrible hold music, I might add. On more than one occasion someone picked up the line and hung it up and I had to start all over again.

I finally received an email tonight about returning the defective machine. They aren’t budging on eating the $249 white glove service fee — I won’t get that back. And, they are still asking me to confirm that I’m going to box up the machine. I’ve taken to NordicTrack’s Facebook page to air my complaints by commenting on their posts. There are many kindred souls out there telling the same stories. All people with good intentions like me who were left in the lurch by a company that doesn’t stand by their products or services. They seem to delete the unflattering comments almost as quickly as they are posted, but it’s cathartic to tell my story. I have it copied on my computer’s clipboard and just paste it as I go.

This certainly is a first-world problem, and for sure there are folks out there with bigger issues to deal with. It is, however, so infuriating that a company can get away with holding people’s money hostage while they drag their feet. One of the agents I’ve spoken to over the past weeks told me, “Oh Teresa handles all of the returns and exchanges for the entire company. She’s very backed up!”

I think there is a method to the madness here. My credit card was charged $2,647 on January 22nd. If NordicTrack follows their timeline for a refund we will easily be into the end of March by the time they get around to giving me my money back. It feels like I’ve just given NordicTrack a two-month, interest-free loan. There should be more protection for consumers against practices like this.

The other issue here is this: The treadmill should leave my house the way it came in. The “white glove” technicians need to come back, disassemble it, and carry it out and send it back to NordicTrack. I shouldn’t be responsible for boxing their defective machine and dragging it out to the curb to be picked up. — Stephen O’Donnell, Stoughton, Mass.

Answer: NordicTrack should have delivered a working treadmill to your house. Period.
It’s true, the company contracted with NVC Logistics, which specializes in delivering products such as treadmills. But that’s NordicTrack’s contract — and that doesn’t absolve it of any responsibility.

It looks as if you spent an inordinate amount of time on the phone. You might have tried to contact NordicTrack by email, starting with the form on its website. NordicTrack is owned by a company called Icon Fitness, so the executive email addresses are [email protected]

Putting pressure on the company via social media can work. But based on your experiences of having your comments deleted on social media, I’m not sure how effective it really was. A brief, polite email to an Icon executive might have been more effective.

I realize it’s already spring, but think of it this way: You don’t need a treadmill to get a workout. It’s getting warm outside. You can still keep your New Year’s resolution.