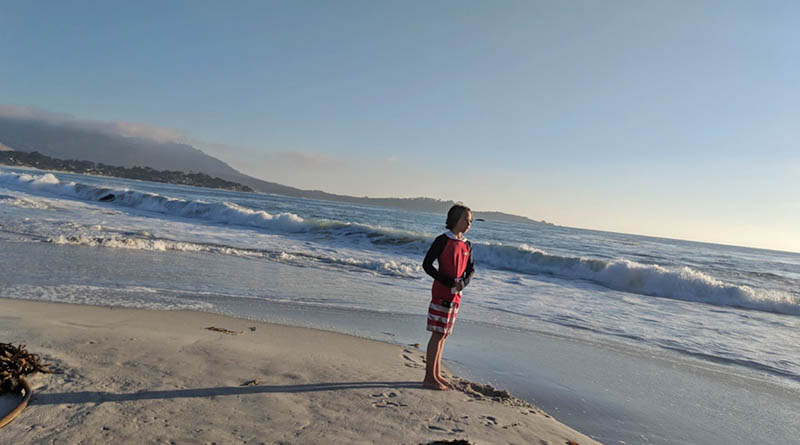 If the words “California” and “road trip” are synonymous for you, then we might be related. Every time I look at a map of the Golden State — San Diego in the south, Crescent City in the north, and Highway 1 tying the two together like a string gone partially slack — that’s what I think. Road trip! My kids agree.

So this fall, we did it. We started in Palm Springs and then followed the coastline all the way up to Santa Cruz. Along the way, we rediscovered what makes California such an irresistible place — a near-perfect climate, attractions that you won’t find anywhere else, and a vibe that you really have to experience to believe.

California is one of the top tourism destinations in the world. In 2017, 211 million people visited the Golden State, according to Visit Calfornia, the state’s tourism marketing agency. It was the sixth straight year of increases in the number of tourists. And while the state has been in the news lately for both its politics and wildfires, America’s most populous state continues to beckon.

If you’ve never been to Palm Springs in the fall or winter, here’s what you can expect. Cloudless days with summer-like weather and more things to do than you can squeeze into your itinerary. We chose the quirky International Banana Museum, a tour of Oasis Date Gardens, and a morning at Joshua Tree National Park. If you head to Palm Springs at this time of year, you will almost certainly escape the cold and have to keep pinching yourself. It’s 80 degrees outside and it’s December! Is this great, or what?

The great weather followed us up the coast. In Ventura, where we hit the beach and made it all the way out to the Channel Islands, the temperature is a comfortable 60-something degree most of the time. Farther north, you still find summerlike weather as you hit Central California and places like Buellton and Santa Maria, where we spent a week, and Carmel, where we also stayed for a week.

Reality check — the weather is not always perfect. Ever heard of the Santa Ana winds? You know, the ones that stoke the late fall wildfires? Or last year’s monsoon-like rains? There are notable exceptions, which is why we packed layers of clothes that said, “Hope for summer, prepare for winter.” You don’t find lots of snow unless you head to the Sierras, but you never know.

Our month-long road trip also reinforced what we had long suspected: There are some things you can do only in California.

Take the Monterey Bay Aquarium, for example. This was the highlight of our stop in Carmel, if not the entire state. It is the ultimate aquarium, with its towering kelp forest exhibit and tens of thousands of fish. What’s more, the aquarium is historically significant, having been built inside the defunct Hovden Cannery. My kids are not aspiring marine biologists, but after a day in Monterey, they might reconsider.

Hearst Castle, a national historic landmark perched on a hillside overlooking the Pacific in San Simeon, is another place you have to see. This attraction has it all, from incredible ocean views to history and even intrigue. After all, the newspaper baron William Randolph Hearst was the ultimate power broker in the early 20th century, so everyone who was anyone eventually found their way up to this sprawling estate. You can’t see all of he castle’s 165 rooms and 123 acres of gardens, terraces, pools and walkways in a single day, but we certainly tried. The highlight was the vast Neptune Pool that invited the kids to take a swim on a hot day. (Alas, that’s not allowed.)

The other “only in California” moment was our visit to Stanford University. From the Memorial Church to Hoover Tower, there’s no shortage of landmarks. Two of my sons, who are already attending community college, were interested in seeing the campus. But I couldn’t stop taking pictures of this breathtakingly beautiful university. Stanford also has a fascinating backstory — founded by another California industrial baron, Leland Stanford. There’s nothing like it on Earth, and that makes it a must-see attraction when you visit the Golden State.

The final ingredient to the ultimate California road trip is something I call the vibe. It’s not what you see but what you feel.

Like driving along a deserted beach in the Guadalupe-Nipomo Dunes, where Cecil B. DeMille filmed his masterpiece “The Ten Commandments.” Or hiking along a road in Buellton overgrown with ripening grape vines. Or walking down to the beach from our vacation rental in Carmel to watch the sunset.

And how does it make you feel? In a word, groovy.

There’s no other place like this on the planet. Sure, part of California’s allure is the people and the incredible things they’ve created, like DeMille’s long-buried Sphinx Head, a prop from his movie. Or the monument to excess that is the Hearst estate. But a much bigger part of it is the place. Here, on the edge of the United States, in a climate that seems implausible, California is a place that is even more unreal than you would expect.

Putting that grooviness into words is difficult. It’s just something you have to see to believe, dude.