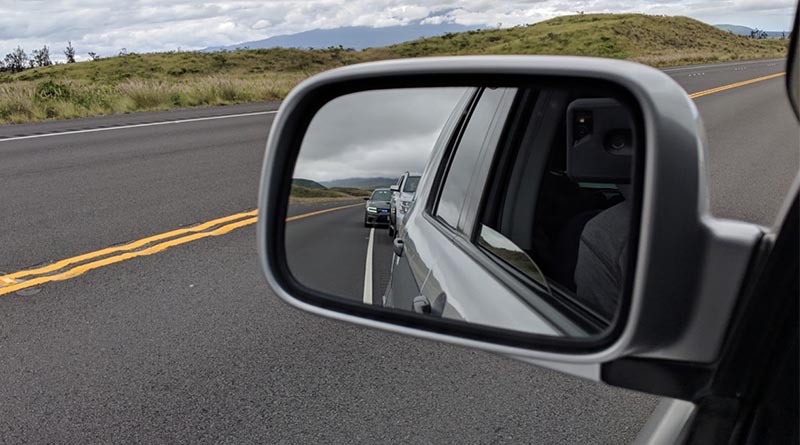 Before you go on vacation, maybe you should ask yourself a legal travel question or two.

I’m not just talking about your passport or visa paperwork. A legal travel question could be something as simple as whether or not you’re allowed to pack a radar detector. The answer: In the United States, it’s legal except in Virginia and Washington D.C. Most Canadian provinces don’t allow radar detectors.

But even if you can, should you? I’ll answer that in a moment.

Every traveler should ask a legal travel question or two before departure. If you don’t, you could find yourself turned back at the border — or worse. I don’t know of any surveys on how many legal problems travelers get into, but I do know the number would be high. I field hundreds of queries a week on my consumer advocacy site, many of which involve a serious paperwork problem.

Should you pack a radar detector?

Let’s talk about the ethics of using a radar detector. Before my recent visit to Hawaii’s Big Island, I could see both sides of the argument. Some say radar detectors are wrong because they encourage speeding. Others disagree, saying if a device is legal, they should be able to use it.

The central part of Hawaii is filled with long straightaways through ancient lava fields and the posted speed limit is an unreasonably low 60 mph I say “unreasonably” because on the downgrade, you can have every intention of going 60 or below, but you pick up speed.

That’s how Officer Praibant of the Hawaii Police Department caught me. I hadn’t brought my radar detector and was coasting down the mountain a few miles over the limit. He’d parked his vehicle at the bottom of the mountain and had caught two lawbreakers at once — a late model SUV rental whose driver was visiting from Florida, and me, with an Arizona driver’s license. I was accustomed to those 75 mph speed limits in the desert.

Officer Praibant did not have a sense of humor and did not accept my apology for driving a little fast. I could visit the courthouse in Hilo the next day and pay a $157 fine, which I did.

By the way, this wasn’t my first speed trap. My last two tickets have been questionable. The one before, in Georgia, saw the speed limit go from 75 to 65. Before I could tap the brakes, I saw the flashing blue lights in my rearview mirror.

So from now on, the radar detector goes with us. Everywhere. My detector also tells me when I’m exceeding the speed limit and when I’m entering a speed trap or when there’s a red light camera. If there are other Officer Praibants out there setting speed traps, I deserve to know it.

Besides radar detectors, what other legal travel questions should you ask? Where do I even begin? I remember our misadventure in Paris back in 2014. It started just a few days before we were set to leave, when I discovered that our passports would expire a short time after our scheduled return. Technically, it wasn’t my fault — I hadn’t made the travel arrangements. But it was definitely my responsibility.

The legalities were a little confusing. France does not require a tourist visa for stays of less than 90 days. However, your passport must be valid for at least three months beyond your planned date of departure, according to the U.S. State Department. We met that requirement by just a few days. More like hours, actually. Phew!

But that wasn’t my worst scare. Somehow, in all the confusion after we landed in Paris, our passports ended up getting left behind in the seat pockets of the aircraft. When we arrived in customs, I couldn’t find the travel documents and, of course, panicked. I had visions of returning to the States on the next flight and missing a month’s worth of adventures in France, Germany and Italy.

Fortunately, a kind Air France agent allowed us back on the plane and we found our missing documents. After that, I never let the passports out of my sight.

So do you have all the documents you need before you travel? That includes passports, visas, or any other necessary travel permits. If you’re not sure you know, you need to be sure — otherwise you could end up like us before our trip to Paris. Let me assure you, it’s no fun.

There’s a final legal travel question that affects single parents. Make sure you have permission to take your kids on the trip from your ex. I’ve mediated several difficult cases where single parents have been interrogated at the border when they’re traveling alone with their own kids. To avoid that kind of trouble, it’s best for the absent parent to create a notarized consent letter, explicitly allowing you to travel with the kids. I haven’t heard of anyone being turned away at the border with a valid consent letter — at least not yet.

You don’t have to be a lawyer to steer clear of legal trouble when you travel. Some laws are obvious, others are a little confusing, but with a little planning, you can make your next family vacation a smooth one. And you can avoid an involuntary stay in a U.S. Customs holding cell, too.