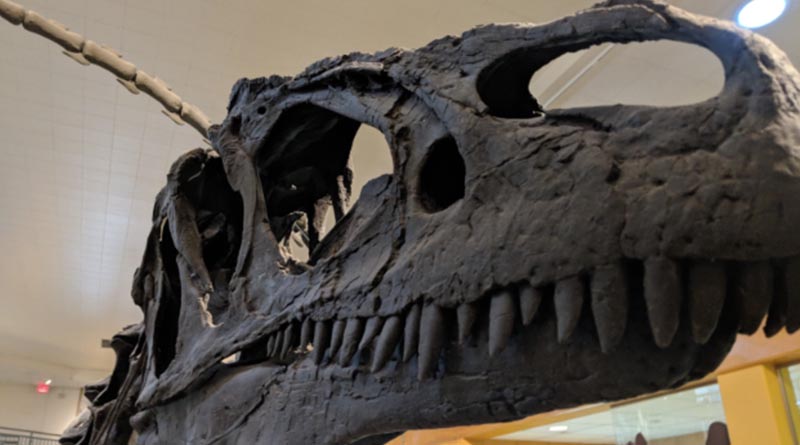 As enormous and frightening as the dinosaur was, my 11-year-old daughter strolled past it as if it didn’t exist. That’s because, to her, it didn’t.

I’d made the mistake of taking her and her brothers to a blacklisted place — in this case, the Geological Museum at the University of Wyoming. I had no choice. It was a blistering hot Saturday in Laramie, and we needed to cool off and use the restrooms. The museum was the only open building on campus.

And the rule I violated? No dinosaurs. After years of being on the road, my kids have come up with a short list of places they never want to see again. They include fossil exhibits, train museums, air and space museums, and, of course, kids’ museums. A recent poll by The Associated Press and the NORC Center for Public Affairs Research finds that more than half of all Americans find experiencing local culture and cuisine to be “very important” when they’re on vacation. Presumably, that also means figuring out what they don’t want to experience.

Chances are, you’re planning out your summer vacation itinerary right now. Our irreverent but eminently practical list of forbidden destinations can help you avoid boredom — yours and your kids’.

Why does every town seem to have a train museum? Everywhere we go, there they are.

Train museums are such a cliché, we often laugh about them. In Durango recently, I remember saying to my kids, “Finally, an authentic Western town without a train museum!” But I was wrong. Durango has a train museum, and it’s really good.

By the way, there’s absolutely nothing wrong with train museums. It’s just that there are 109 railroad museums in the United States, many of them the pride and joy of their community. From the Georgia State Railroad Museum in Savannah, Ga., to Sacramento’s California State Railroad Museum, these are impressive places filled with carefully restored engines and cars.

But generally, they have the same exhibits, memorabilia, and railroad maps. You have to be a die-hard fan of rail travel to want to see every single one of these museums. I can understand why, after seeing about a dozen of them and being good sports about it, the kids said: “Please, no more!”

How about an air and space museum?

A close second on our banned list is the air and space museum. Every air force base and major city seems to have one. By my count, there are 254 air museums in the United States, and we’ve seen probably half of them. Our favorite is the Museum of Flight in Seattle.

But after a while, air and space fatigue start to creep in. That’s because, like the train museum, they repeat themselves. Planes, planes, and more planes. Rockets. Black-and-white newsreels about wartime heroics. More planes.

And you start to ask yourself, “Is this really what I want to be doing on my vacation? Looking at flying war machines?” And then you look at your daughter, who is so bored that she is trying to spin the propeller on an exhibit, and you know the answer.

But the one place my kids will never, ever allow me to visit is the kids’ museum. These places often cater to the lowest common denominator — toddlers and their stressed-out parents. If you’re toilet-trained and can spell, you probably want to avoid the very simplistic exhibits and enhanced playtime opportunities.

Also, kids museums are germ factories. You can touch everything, and everyone touches everything. The goats in the petting zoo are so desensitized to the human touch, when you reach out for them, they don’t even flinch. The starfish in the touch tank look so anemic, it wouldn’t surprise me if they floated to the surface.
Now granted, some kids’ museums are really compelling. My personal favorite is the Children’s Museum of Indianapolis, with the T. Rex bursting out of the building. Oh, sorry. I forgot — no dinosaurs. But once you’ve been, you realize that nothing else quite measures up. But also, tell the kids not to touch anything.

There are alternatives. Kids know when you’re patronizing them with silly museum exhibits, but if you use a little reverse psychology on them, you might persuade them to try something even better. When we showed up at the Cantor Arts Center last summer, I issued a stern warning. “I’m not sure if you’re going to be able to understand this,” I said. “This is a museum for adults.”

But they did. They drew on their history and art lessons and were — for the most part — on their best behavior. That’s not a dis on kids museums; it’s just to say that sometimes, the best museum for a kid is the best one for an adult, too.

OK, I know what you’re thinking: “So where do you go when you travel, Chris?” Tune in next week for the answer.