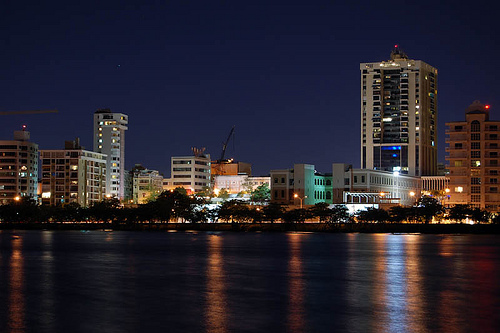 Royal Caribbean had a big surprise at the end of Stephen Weiner’s six-night cruise on the Freedom of the Seas. He was under the impression his journey was round-trip but then found himself stranded in San Juan, Puerto Rico. Now he wants to know how he ended up on a one-way cruise to the Caribbean.

Weiner asked for our help with an airfare refund for his flight back home. While my advocacy team certainly wanted to assist, we also had a surprise for him: We can’t unless the paperwork gives us a viable reason to throw him a line.

His case is an important reminder of the importance of a paper trail and double- or triple-checking your itinerary. Had he done so, he probably wouldn’t have been stranded in San Juan.

Weiner says he discovered his final destination shortly after his surprise one-way cruise began. It turns out the Freedom of the Seas, true to its name, had become a repositioning cruise.

“There are many families who will be left stranded in Puerto Rico, having to figure out a way how to get back to Fort Lauderdale,” he wrote to us while still on the cruise. “Many of us are seasoned cruisers. It is impossible that we all made a mistake when we booked this cruise believing that it was going to return to the original departure port.”

He also said Royal Caribbean was providing “zero” assistance except for letting them use the shipboard phones to make a call.

Managers on the ship told him that this is a “very unusual” situation, he added. Weiner asked me to call him to get details.

And that’s the problem with the way our advocacy works. We don’t “call” for details. We rely on written contracts and handle our problem-solving by the book. It looked like yet another Magic Wand case.

My advocacy team felt for Weiner and his fellow passengers. While Royal Caribbean reserves the right to change its itinerary in its cruise ticket contract, there’s a presumption it’ll do so before the cast-off party.

I understand his frustration. Royal Caribbean could have done better.

A review of Royal Caribbean’s site shows his cruise had been advertised as a repositioning cruise as far back as last May. And a check of the correspondence between Weiner and Royal Caribbean’s executive office only suggests the company will “address” his concerns, but doesn’t admit to any wrongdoing.

So how did this misunderstanding happen?

This repositioning cruise sailed on its scheduled itinerary

Since Royal Caribbean advertised Weiner’s Freedom of the Seas sailing as a repositioning cruise, our hands are tied. As much as we’d like to take on that rogue ship, it turns out it sailed to the right port after all. I suspect Weiner needs to circle back with his travel agent to figure out what happened, or, if he didn’t use an agent, he needs to review his records.

And that’s the takeaway for the rest of us: Assume nothing. Review your itinerary at least twice before you book your return flights. Make sure you’re going to the right place. That’s your responsibility.